A believer in the power of manifestation, Ibrahim Gailani rekindled his love and passion for art after pursuing a corporate career. Here he talks to Najmus Sahar about his journey, his purpose, and his art 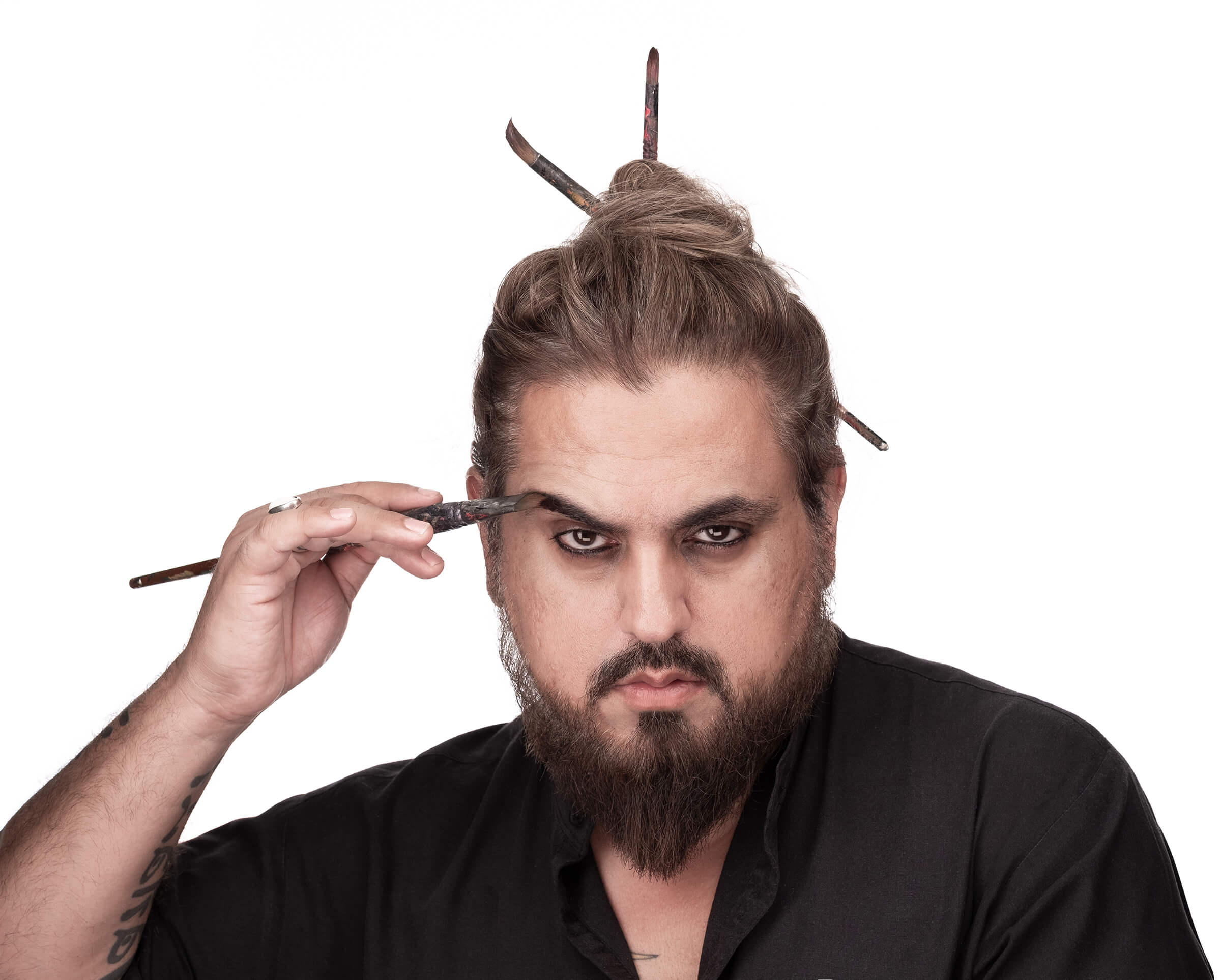 You know, if you just believe and manifest a vision, that this is where I see myself, and it will happen. The problem is people don’t believe in themselves because society tells us not to.” A rebel by nature and a self-taught contemporary artist, Ibrahim Gailani challenged his status quo and embarked on a journey of soul-searching and self-discovery to find his true calling. His uniqueness lies in his pop-inspired art with graffiti lettering and his story is nothing short of inspirational.

Ibrahim spent his entire childhood and most of his formative years in the UAE. He moved to UAE at the tender age of five, and by age six, even before he could comprehend sentences, read and write, he was able to sketch effortlessly. This was a skill and something that came naturally to him. UAE, a melting pot of cultures and home to some of the richest and most wholesome cultures, beautifully coming together as a piece of art; allowed Ibrahim to express the artist within him.

Despite having the burning desire to express his creativity and love for art, Gailani ‘s passion met with discouragement from his parents, and he could only pursue art while in high school.

Giving in to family and societal pressures, he went on to do his Bachelor’s in Business Administration from American University in Pakistan, with a major in Marketing. He went on to work for call centers in Pakistan and after that came to Dubai to work in various capacities in the corporate world.

Initially Gailani found himself torn between the worlds of creative magic and corporate conformism and he ultimately gave up on art from resentment and anger. Little did he or anyone else know the great heights that he was destined to reach and conquer. An encounter with a relative changed everything. “Everybody will tell you not to do this, but you have it in you. One day, you’ll become a great artist,” said one of his father’s cousins when she looked at his work.

Her name was Suhaila, and she was a renowned name in the art industry at that time. She gave him a 500-rupee note back in the 80’s as an incentive – a note that he still cherishes to date. Unfortunately, he never met her again, but her words reverberate in his ears to this day. 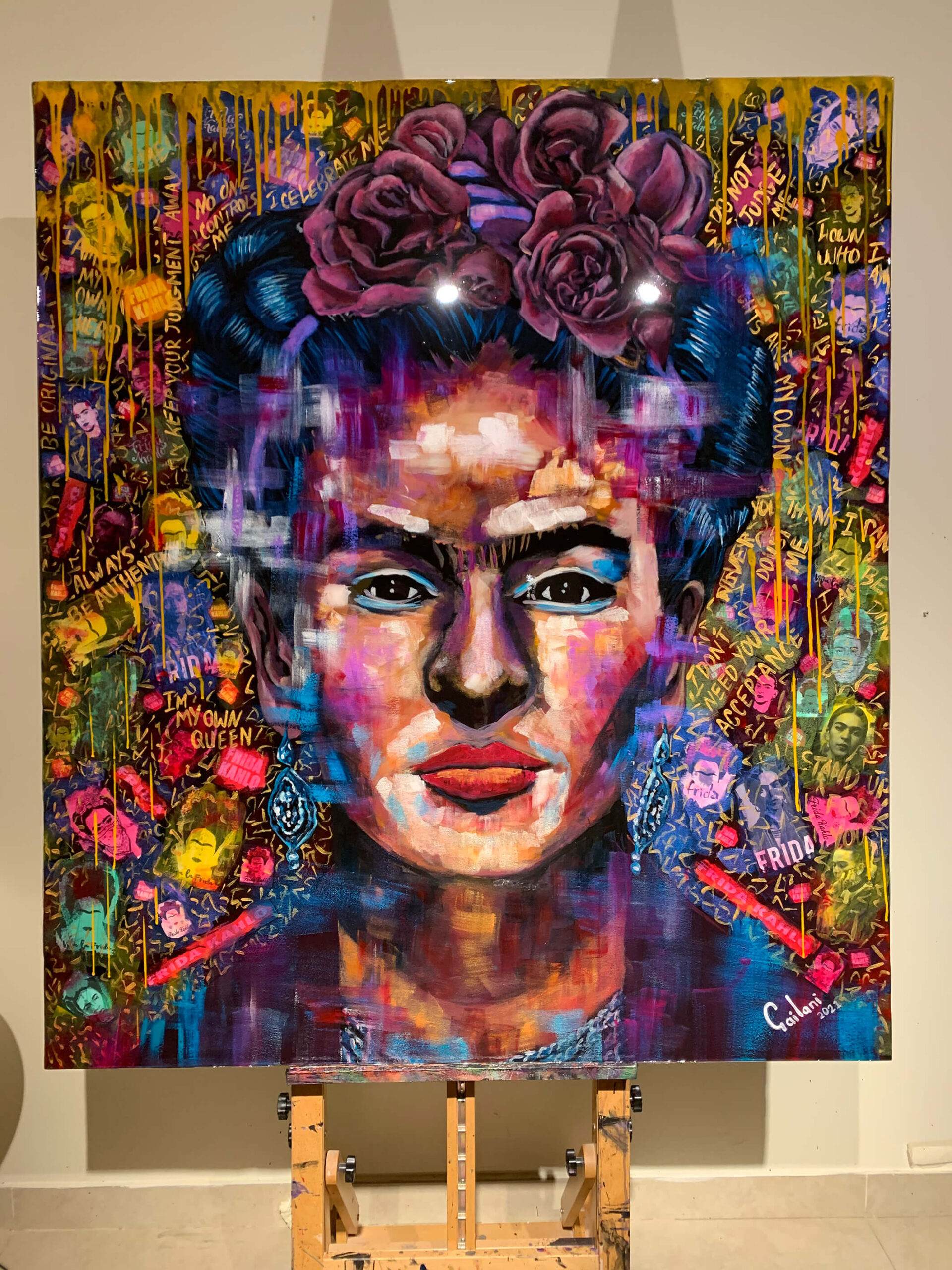 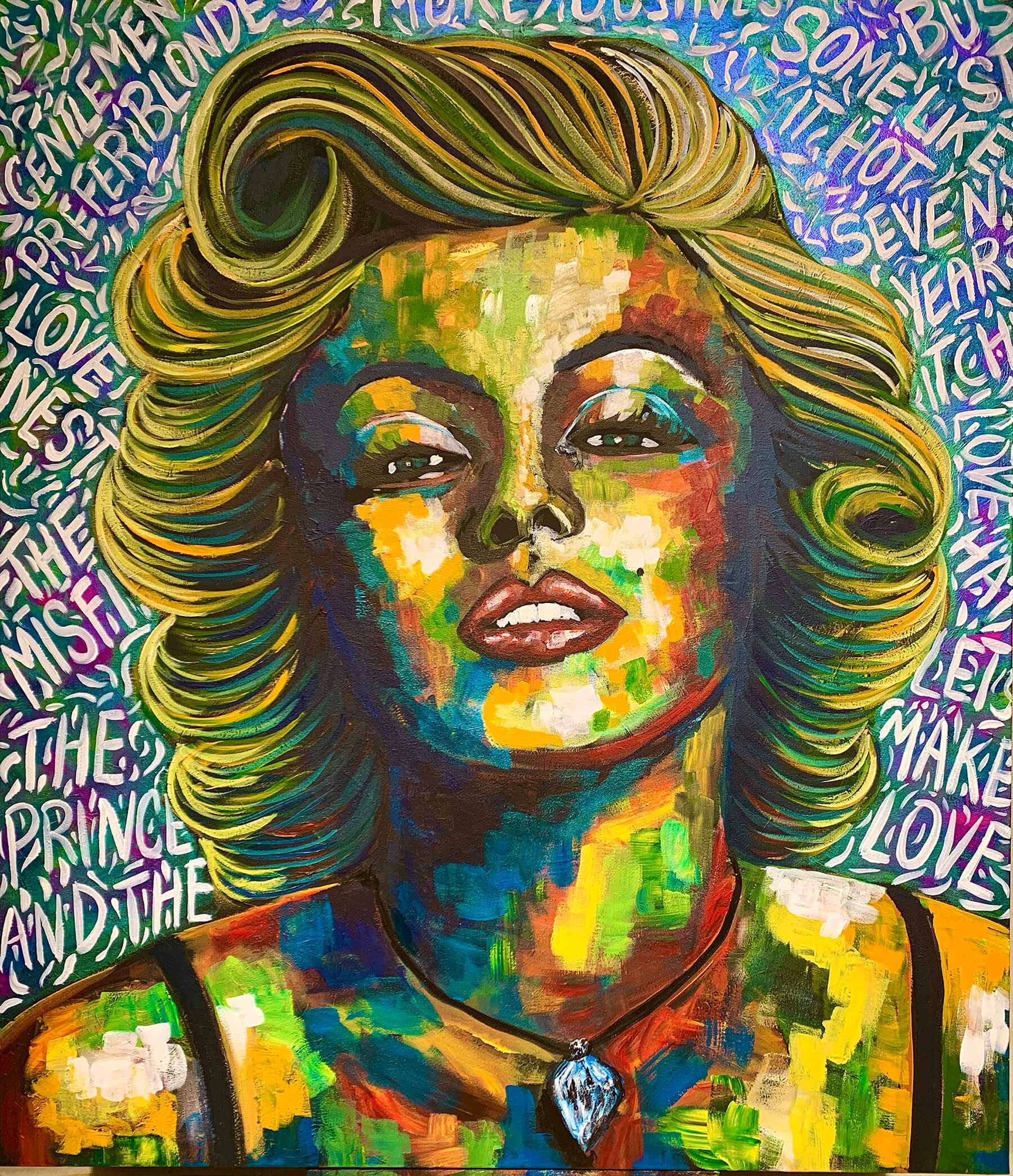 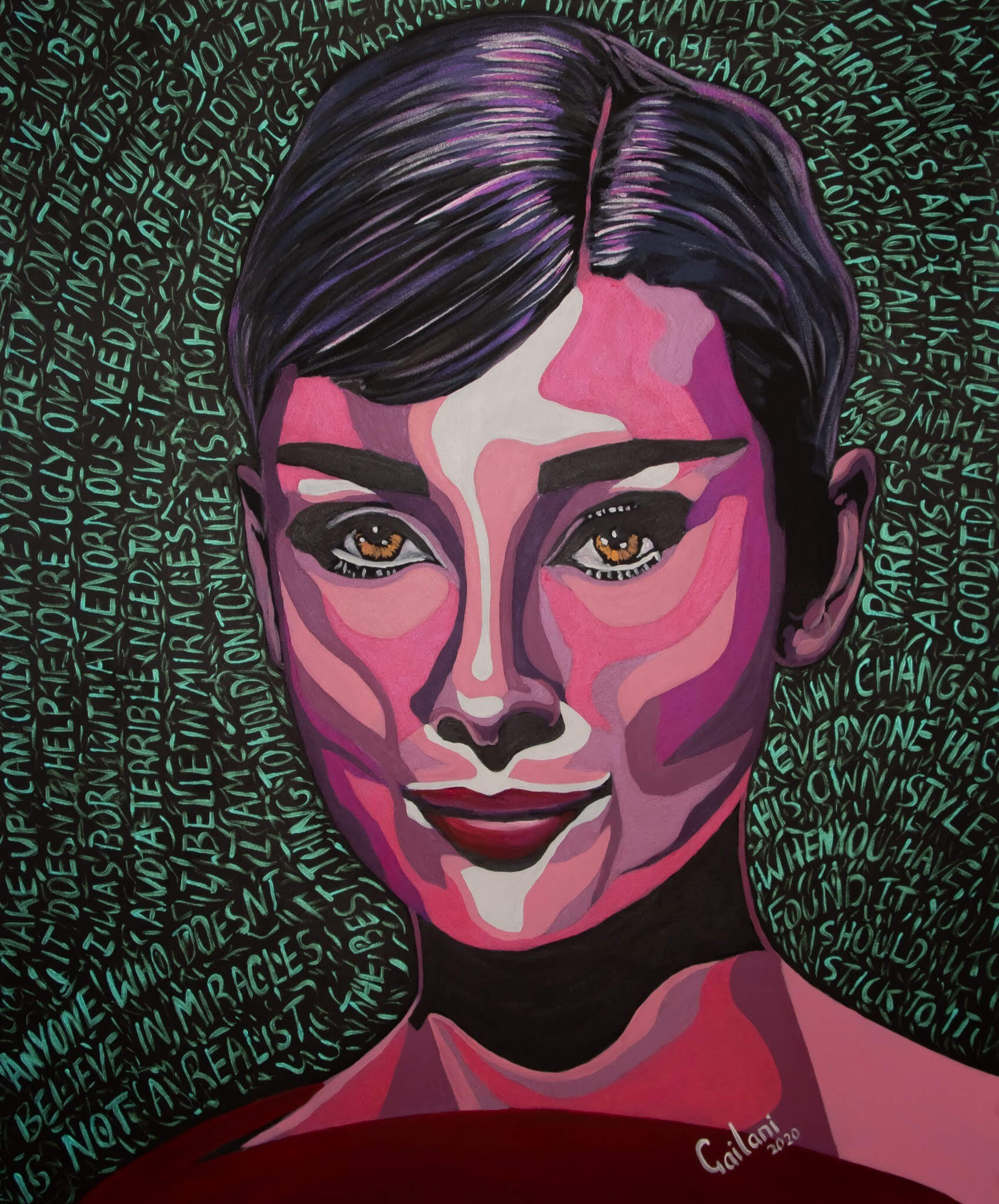 On the surface, Ibrahim Gailani had everything anybody could ever dream of, a stable and secure life. However, the irony of the situation was that he was miserable inside

Life took an unexpected turn when Gailani got the chance to work for one of the biggest telecommunication companies in Pakistan – Telenor’. As destiny took him to Lahore – a city of rich cultures and mesmerizing art and artistry, Ibrahim was once again drawn to his long-lost love – art in its purest form. Lahore is the cultural heart of Pakistan, and Gailani felt that spark within him reignite as he relished in the beauty of Lahore’s art landscape.

While working there, he got immersed in the exciting world of art festivals, cultural programs, and festivities. With Amritsar bordering Lahore, he was also inspired by the annual Sikh Pilgrimage that made him appreciate the scope afforded by cultural diversity.

On the surface, Ibrahim Gailani had everything anybody could ever dream of, a stable and secure life, one of the most sought-after positions of Director in the corporate world, a prosperous household. His child attended one of the most prestigious schools in the country. However, the irony of the situation was that he was miserable inside.

While in Lahore, a sudden turn of events led him to part ways with the company he was working for overnight. At this turning point, it was his wife Huma who made him realize that he was not cut out for ‘corporate slavery’ and that his true meaning and purpose in life lay in his passion and love for art. She handed him a canvas and encouraged him to pour his heart out onto it.

He hadn’t picked up his paintbrushes in almost two decades and there was a void inside him that made him feel hollow and incomplete. He was in his 30s, at this time, and as blank as the canvas in front of him. And in that moment, he started painting his face. The strokes of his paintbrush just brought out the years of bottled-up feelings and emotions he had been carrying within him. His entire journey of battling with his inner voice, living a life of pretense, and pursuing all those things that he had never envisioned for himself came out on the canvas.

“I made the first painting, and it was called ‘Deliverance’, and it was just about me letting go of all baggage. That painting, I did it in literally 45 minutes, and for the longest time, it has been framed in my house.”

The painting is a constant reminder of the moment when Gailani broke free from the clutches of society and his corporate career to finally listen to his heart and pursue his dreams. The feeling of liberation and empowerment have guided his calling since that moment. 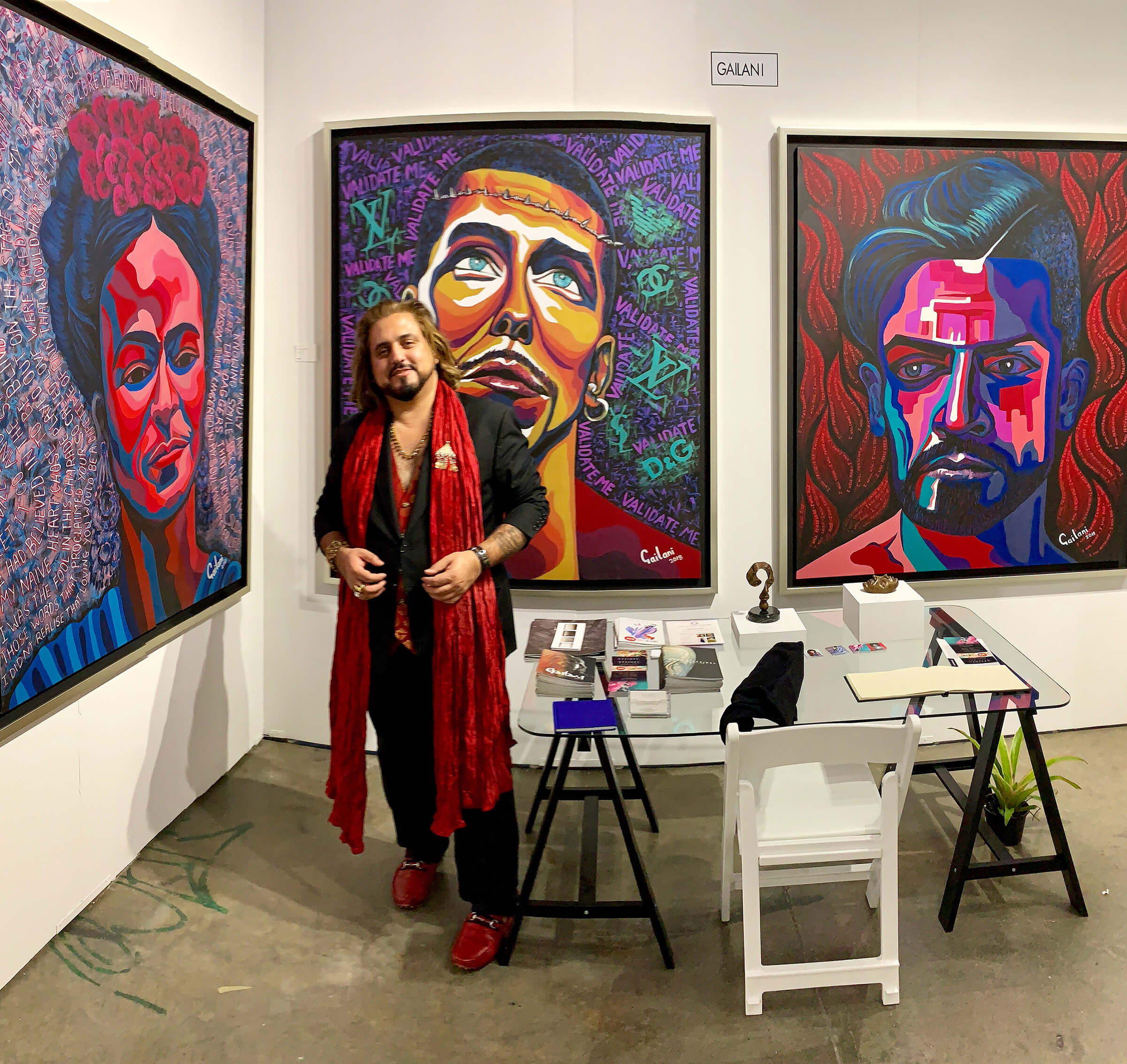 At one point, I was the best son, then I became the best Muslim; They wanted me to get married, have kids, and have a certain job – I did it all.

“Something that you really wish for happens,” says the artist.

He has been painting for nearly 13-14 years now, and for 8-10 of those years in a professional capacity. The story of kickstarting his career in arts can be traced back to his visit to the vibrant city of Berlin. There was something about that place that resonated with his soul. It touched him in the most profound of ways. At the Berlin Wall, he broke down and cried, contemplating life and how he had been living a life to please only others at the cost of his soul.

“At one point, I was the best son, then I became the best Muslim; I had the phase of going to the mosque five times to please my mom. They wanted me to get married, have kids, and have a certain job – I did it all.”

Life has its own ways of connecting you with the things you love. While in Lahore, he was manifesting his desire to be featured in New York, but a temporary gig landed him in Oman. Gailani knew that his art “was a little too loud and unconventional.” And everything inside him said that he’d be rejected. The art scene hadn’t evolved to embrace his vision, he felt, and people were still painting traditional deserts, camels, and mosques – souvenir art of the region.

Gailani dared to flirt with the most taboo and non-talked-about topics of that time. He experimented with bold statements touching on sexuality, addictions, and controversial topics that were normally brushed under the carpet. The themes of his paintings revolved around all the hard lessons that life taught him. How one gets to face the struggles and blows to reach a state of higher consciousness. The intensity of his paintings was correspondingly surreal and invoked a singularly emotional response from audiences.

It wasn’t long enough before Gailani’s work gained momentum and piqued the interest of international curators. This was unsurprising as he rode the wave, an early adopter of Instagram, showcasing his work in the most creative, aesthetically appealing manner. All that he had dreamt of was finally coming true in the form of international recognition, awards, press coverage, and fame. 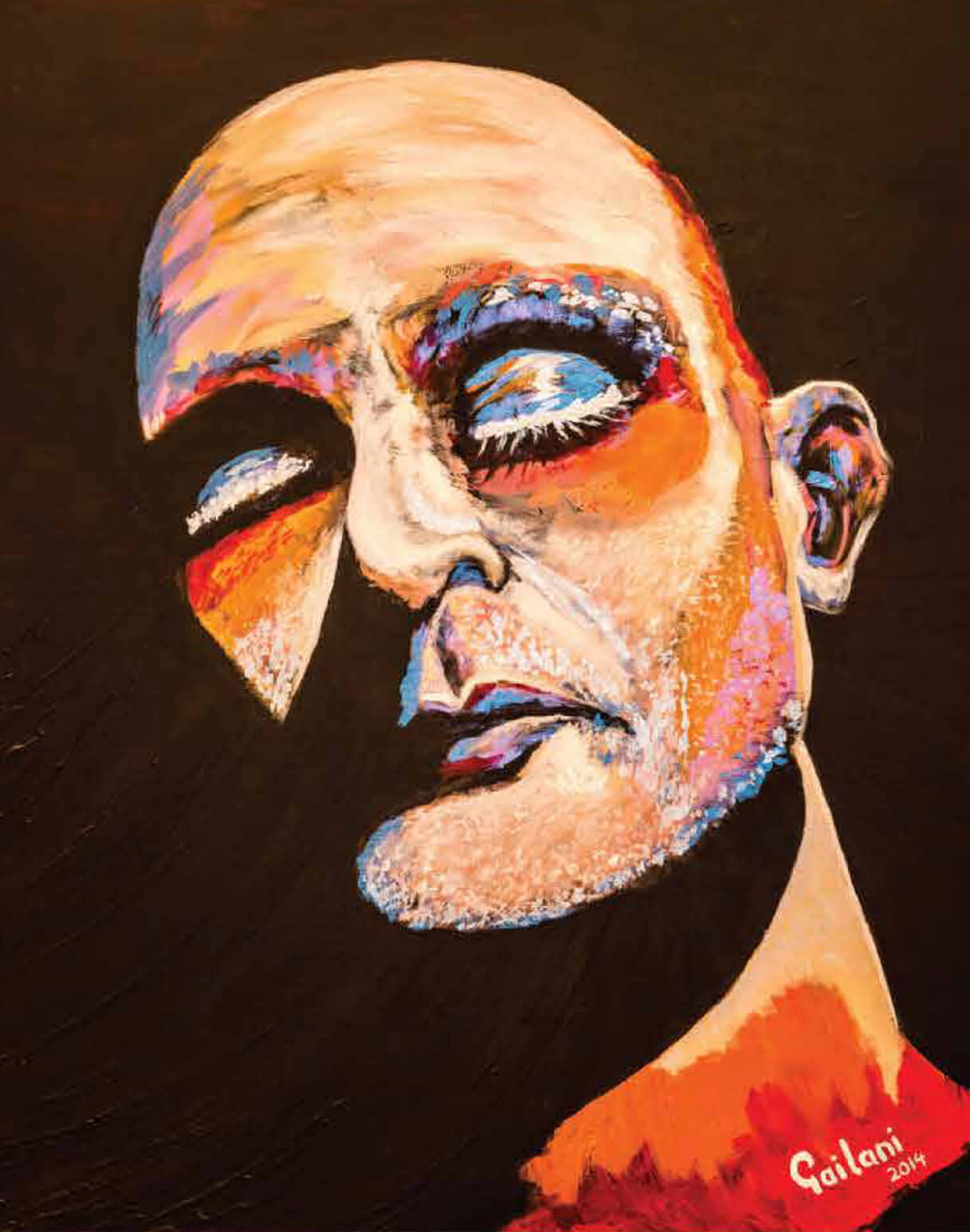 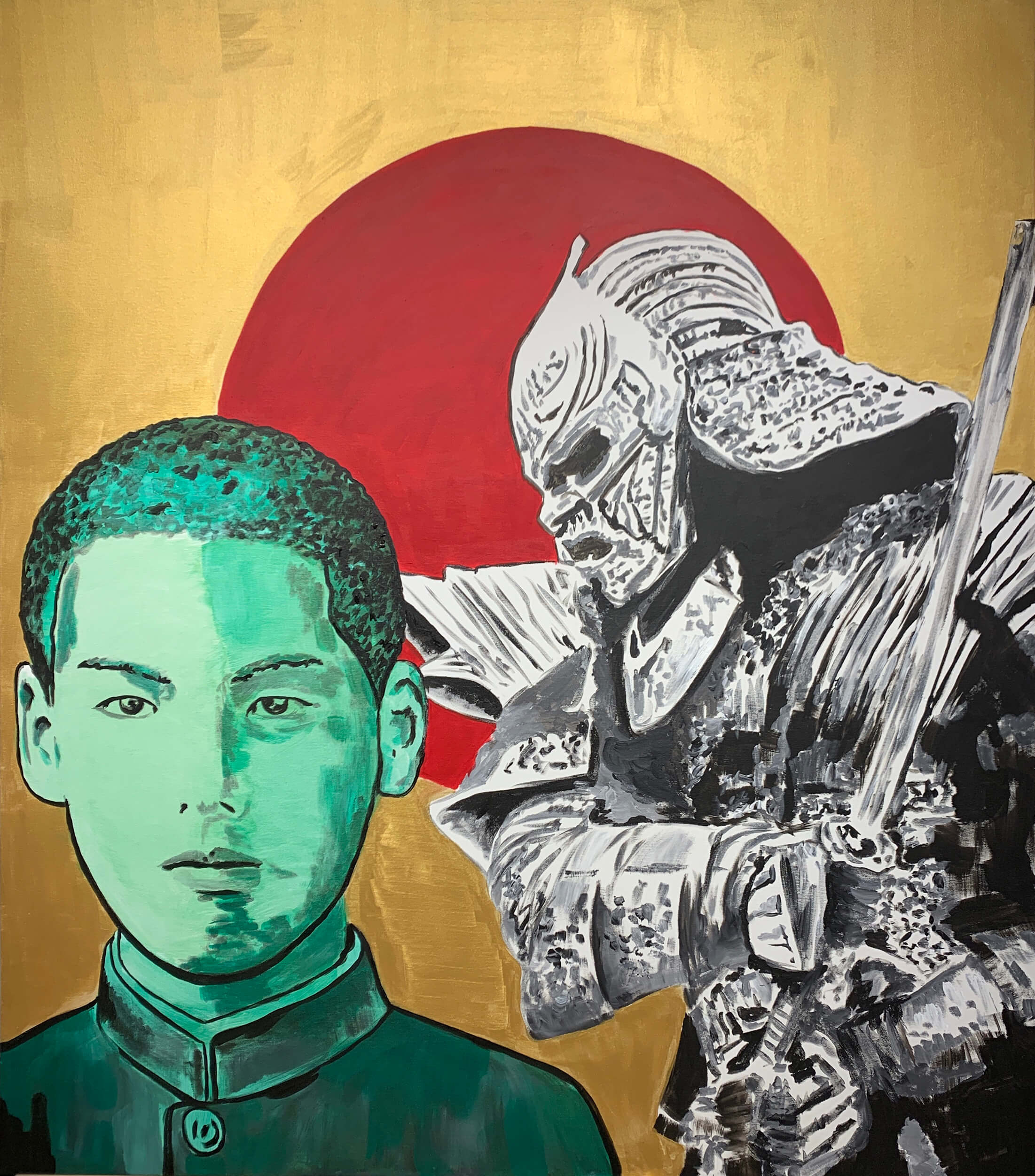 Inspired by Sufism—a mystical form of Islam, Gailani’s art is an amalgam of pop art combined with graffiti lettering. His paintings are featured in the Middle East, Europe, and North America. The portraits he brings to life through his provocative and bold colors personify the different layers that humans carry. Inspiration is all around, but one of his most important muse’s has been Mexican artist, Frida Kahlo, as her facial expression captured a gamut of emotions. Like Kahlo,  Gailani’s internal struggles are poignantly on display in his artistic outpouring.

“Who are you? What’s your identity? That was the core of discovering who you are. And so my art tries to uncover the layers. And that’s why there are so many layers.” The Gailani Art Retreat in Oman has been one of the biggest milestones in his life, serving as a way to give back to the art world and empower art enthusiasts to live their dream. 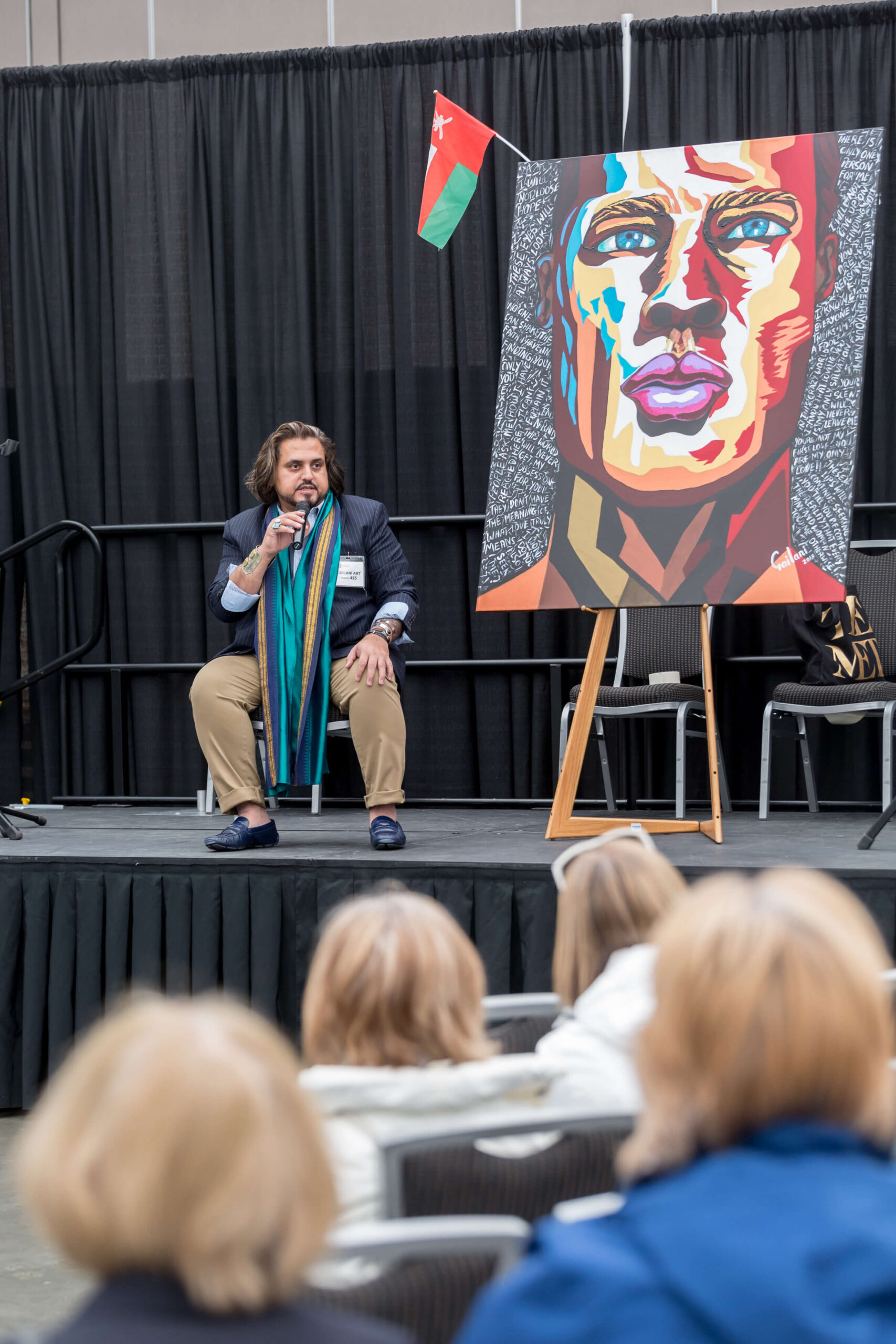 Returning to Dubai brought Gailani full circle. Having spent his childhood here and coming back to this country was truly a moment of completion. The UAE welcomed him back with open arms and acknowledged his talent. Quite recently a leading International Hotel chain in Dubai has commissioned him to paint a pop-art portrait mural 5 ft. high – something he is really excited about. He also plans to do a ‘Faces of Dubai’ series where he paints all top influencers with background graffiti as part of his upcoming project.

Gailani’s vision is to be part of an art school or open one, as there is a dearth of traditional art colleges and artist grants, and homegrown artists need a platform in the UAE. He enlightens us about ‘creative hubs’ that aspiring, budding artists can rent out and use as creative spaces to practice their art.

He believes that with online art and the NFT space taking over the landscape, Dubai has been one of the pioneers in laying the groundwork for it. He’s currently working on his NFT collection and is very excited to launch it. “I like the idea of one of one. People buy art when it’s unique.”

We can all expect art on canvas as well as art in living from this talented man. He lives by the wise words of Rumi and even has it tattooed on himself, so he never forgets. “Yesterday, I was clever, so I wanted to change the world. Today I am wise, so I am changing myself.”

Certainly, he paints and lives the color of life by staying true to himself and his passion and in doing so teaches us to live our best lives too.