Cybersecurity is a modern-day necessity, yet many consider it an unnecessary expense to be overlooked. Pallavi Biju explores the labyrinth of cybersecurity and how to ensure your data is secured, whether you are a business or an individual 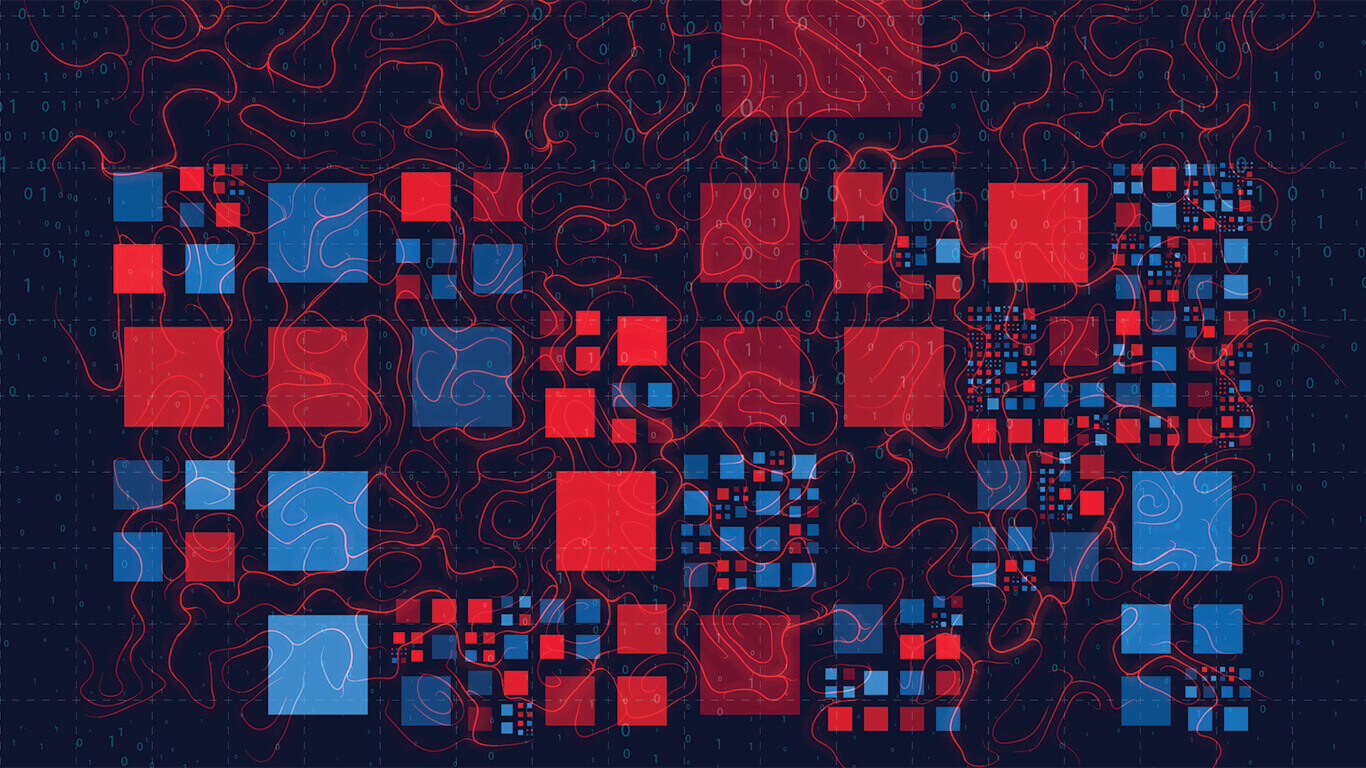 In May this year, cyber-attack forces shut down one of the U.S.A.’s largest pipelines. The previous year, a ransomware named CovidLock encrypted data from Android devices by promising more information about the ongoing pandemic to hapless users. Recently, a Russian-origin Ransomware-as-a-Service (RaaS) operation was exposed as the reason for some of the biggest supply chain attacks. Be it your identity, your confidential business files, or even your child’s homework; the internet can reach it all. So can an experienced hacker somewhere on the other side of the planet. As our digital footprint grows rapidly and all our information offered up like bite-sized pieces on the digital platter, cybersecurity rapidly escalates to our biggest concern.

Cybersecurity is how one protects networks, systems, and programs from digital trespasses, commonly feared as cyber-attacks that come in all shapes and sizes and are targeted at changing, accessing, or mainly destroying sensitive information. Attacks may come in the form of overt ransomware, hijacking products, and tools to extort money, or covert operations, which are usually only discovered months after the system has been accessed, if at all. Cyber-criminals are getting smarter and skilled each day, and new varieties of cyberattacks are cropping up on the network horizon, although a few remain the usual suspects.

Social engineering is when a person’s innocence or ignorance is wielded against them. For example, you’ve probably heard of voice phishing and email phishing. Phishing is a form of social engineering and 98% of cyber-attacks rely on it (Source: Purplesec). Here, hackers psychologically manipulate the victims’ natural curiosity, trust, or naivete into divulging their personal information, often by posing as a trusted personality or a well-known establishment. These have spread like wildfire across social media, with catfishes posing as celebrities to extort information and cash from unsuspecting fans.

Malware, short for Malicious Software, includes spyware, ransomware, and viruses. It is typically delivered over a network and infects the system intending to provide the attacker with remote access, send spam, investigate the infected system’s local network, or steal confidential information. The average amount of reported transactions per month from infected ransomware systems was $102.3 million in 2021 alone (Source: Forbes).

Nobody likes their private and confidential conversations discovered by others. The man-in-the-middle attack is the hushed eavesdrop of the digital world. The attacker listens in on and possibly alters the communications between two or more parties who believe they are communicating directly with each other. Though not as common as the others, MiTM still poses a threat to individuals and organizations alike, with 35% of cyber threats in 2018 being MiTM attacks (Source: IBM)

Every system improves on continuous user feedback, which means that when it is freshly deployed, it is the weakest. The fastest-growing cyber-attack, zero-day attacks, focuses on a system or software vulnerability unknown to the developers in the initial phase. As the hackers exploit a flaw before the developers catch it, they have zero days to fix the flaw before it is exposed to the public. In quarter one of 2021, 74% of cyber-threats were zero-day attacks capable of evading conventional antivirus (Source: WatchGuard). These attacks boast the highest success rate as well since no patch exists for the vulnerabilities to whose existence vendors are still oblivious. 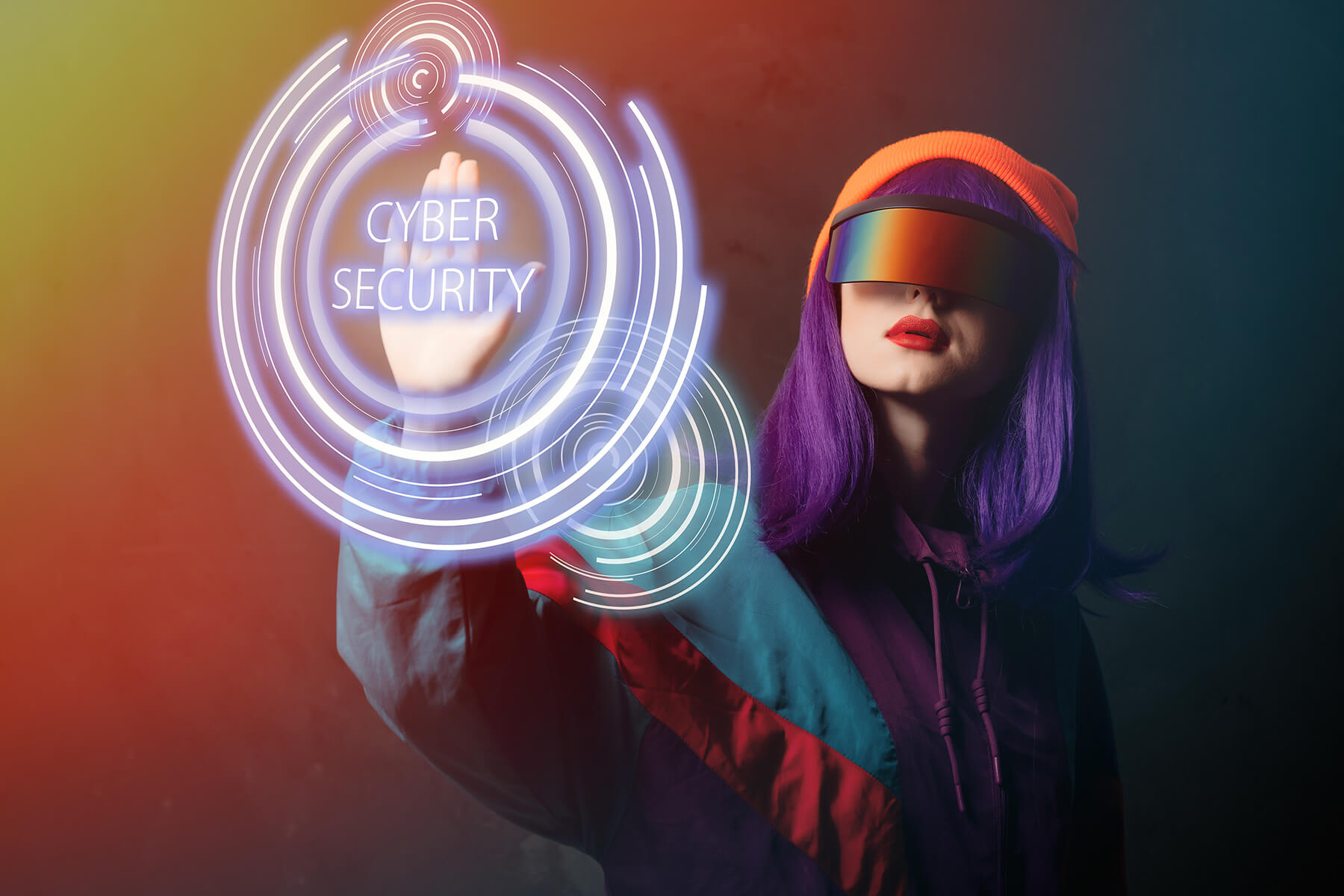 The Lock For Your Devices

For us as digital citizens, cybersecurity is a desiderate, especially as the age of networks looms large over us. Most if not all of our personal and private details, from our bank account number to our house’s key-code, are stored somewhere on our personal devices and by extension, somewhere on the internet. Taken as a country, cybercrime would register as the world’s largest economy after the U.S. and China. Cybersecurity ventures expect a yearly 15% increase in global cybercrimes over the next five years, aiding cybercrimes to reach a revenue of $10.5 trillion annually by 2025. Just as cyber-criminals are getting creative with their attacks, cyber-security forces should do the same, and gratefully, they’re not far behind.

Offering enhanced privacy, cloud-based cyber-security has gained extreme popularity in the last decade due to its increased shared productivity, speed and efficiency, performance, and undoubtedly, security at its core. However, while considered extremely secure, it is still advisable to protect it with separate software that can warn you of any suspicious activities that arise on your cloud storage. Cloud Services are often offered by third-party providers, like Software-as-a-Service (SaaS) cloud services like Google Drive, Slack, and Microsoft 365, Platform-as-a-Service providers like Windows Azure, and Infrastructure-as-a-Service like Microsoft Azure and Amazon Web Services.

Applications vulnerability is another frontier threatened by malicious attacks. Designed to protect applications from external threats throughout the software lifecycle, application security protects all apps, including legacy, desktop, web, mobile, and microservices, used both by internal and external stakeholders. These often include enhanced security features like authentication, authorization, encryption, logging, and application security testing.

The process of data encryption allows information to be translated into a codified form so that only people with access to the decryption key can decode it. The encrypted data is commonly known as ciphertext, often appearing scrambled or undecipherable. Nevertheless, encryption is one of the most popular and highly successful security methods organizations use. The most common example of Data Encryption is the asterisks used to cover bank account numbers during online transactions. 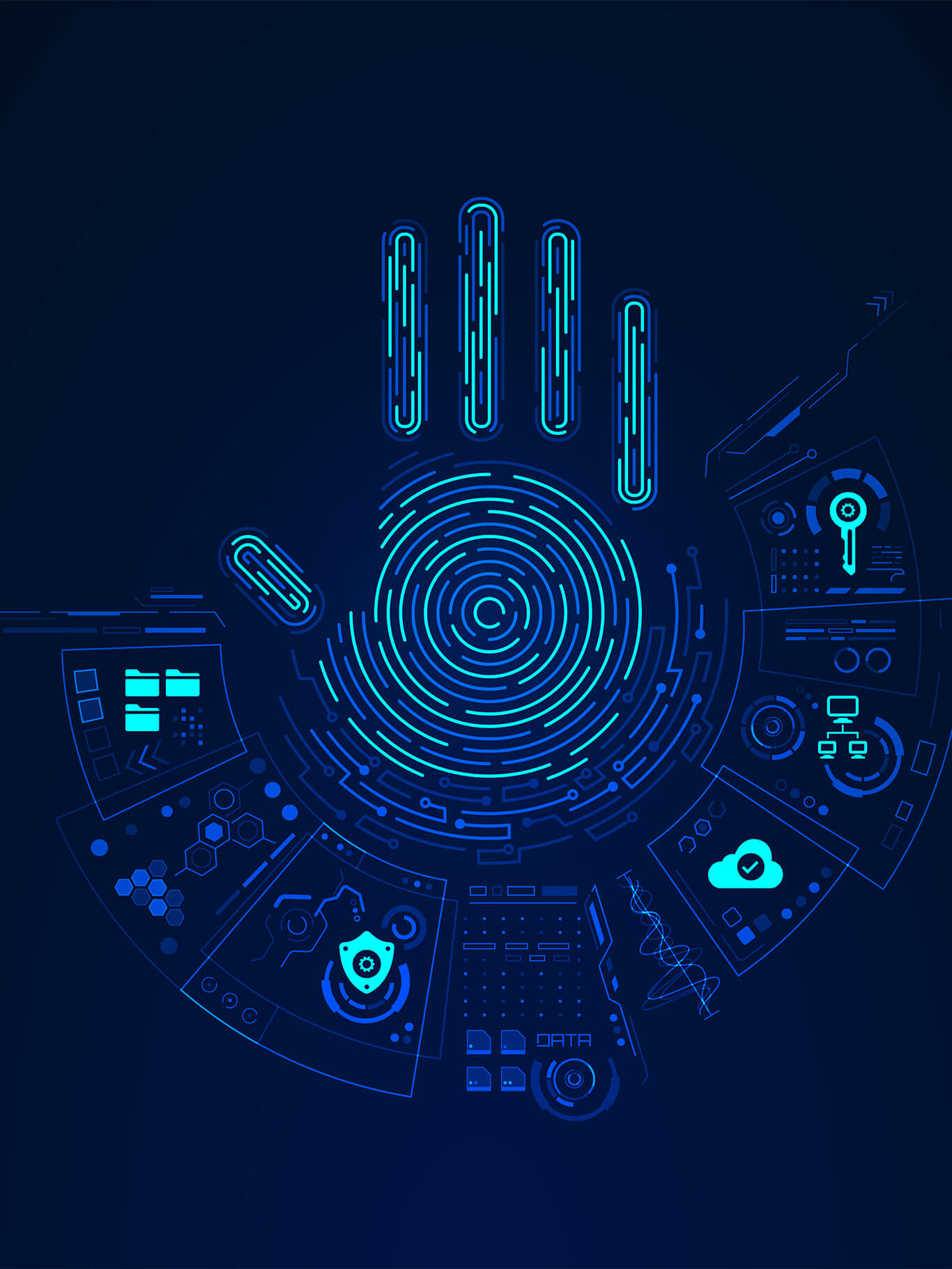 To Be On The Safe Side Of The Screen

As the saying goes, “It’s better to be safe than to be sorry.” Over 77% of organizations do not have a cyber security incident response plan, indicating that awareness is still low regarding how devastating a cyberattack can prove for a company’s infrastructure, service and credibility. With increasing online thoroughfare, one cannot relegate cybersecurity to the backburner. Businesses, start-ups, and independent enterprises should bear the following in mind when opting for a new vendor for their cyber-security needs or when taking stock of their current cybersecurity measures:

A high-level strategy of their CyberSec needs is a first and foremost that businesses are guilty of deprioritizing. It provides a ballpark assessment of their online security scenario and can form the foundation of responsible practices. Often, it is the only thing standing between a successful business and losing millions of dollars and a hard-won clientele’s trust.

Unsecured Networks too are breeding ground for nefarious attackers. Once infiltrated, it takes hackers only a few seconds to access all systems and devices connected to that network. Although a fairly simple step to ensure security, Kaspersky Lab analysis shows that 28% of networks are still unsecured and susceptible to being hacked.

Most software developers and hardware manufacturers deal with security threats using patches, software codes that mend the armor of digital protection. The only issue – latest software needs complementary hardware to do its best work. Hence, businesses running on outdated systems are at high risk of a cyber-attack.

With the advent of IoT in our lives, many businesses are leveraging its power with multiple connection points on one network. Although this is a great tactic for higher productivity, this also means more points of vulnerability if a single network is a threat.

Stunningly, about 90% of data breaches even today are caused by human error. A victim of voice or email phishing could render the entire business vulnerable to criminals. It’s vital that employees be trained in cybersecurity and its best practices, like identifying the red attack flags, using strong passwords, and how and when to use different types of networks. 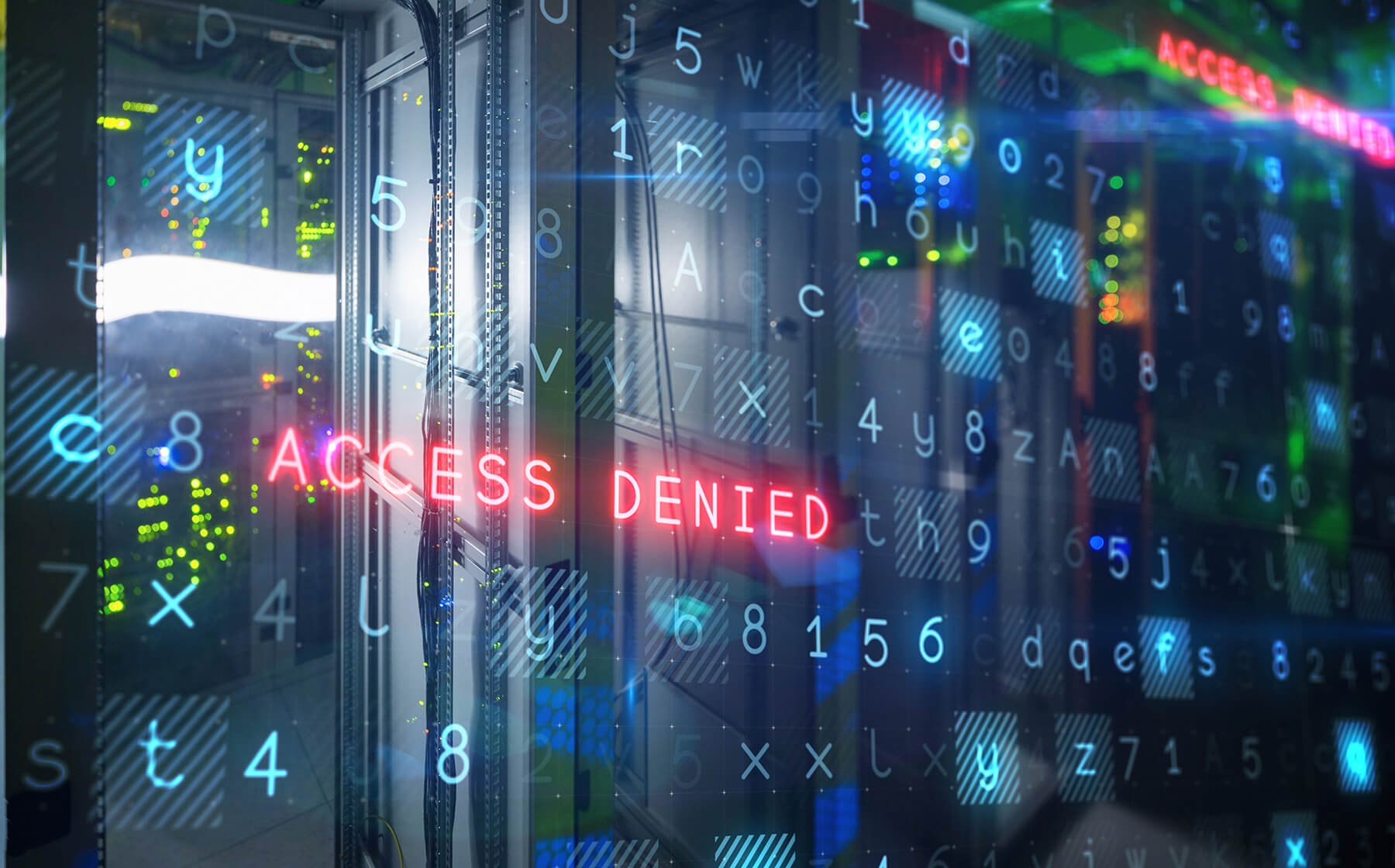 UAE On Top Of The Programme

The United Arab Emirates was ranked 5th in Global Cybersecurity Index 2020, advancing 33 spots from its previous rank. Issued by the International Telecommunication Union (ITU), the Index ranks 193 countries on their commitment to cybersecurity. The Head of Cybersecurity in the UAE, Mohamed Al Kuwaiti, attributed its position on the index to “UAE’s digitization strategies and policies, and the integrated and smart operational ecosystem, which helped bolster performance across all sectors.”

Recently, the UAE announced the adoption of cybersecurity standards for governmental agencies. Sheikh Mohammed bin Rashid Al Maktoum, ruler of Dubai and vice president of the UAE, emphasized that cybersecurity is a sovereign priority during the announcement. Later, His Highness proved the UAE’s understanding of its importance when he wrote on his Twitter, “Our borders in cyberspace are sovereign borders, that we always need to protect and consolidate their defenses.” The announcement came ten months after establishing the UAE Cyber Security Council, which had its first meeting in January 2021 to put stress on enhancing cybersecurity, and expansion and restructuring of the national cybersecurity as the nation approached complete digital transformation.

In 2020, the Crown Prince of Dubai, Sheikh Hamdan bin Mohammed bin Rashid Al Maktoum, initiated the launch of the Dubai Cyber Index aimed at encouraging and helping government entities to adopt the highest possible cybersecurity standards. The initiative is the first of its kind in the world and intends to make Dubai the city ‘with the safest cyberspace in the world’. 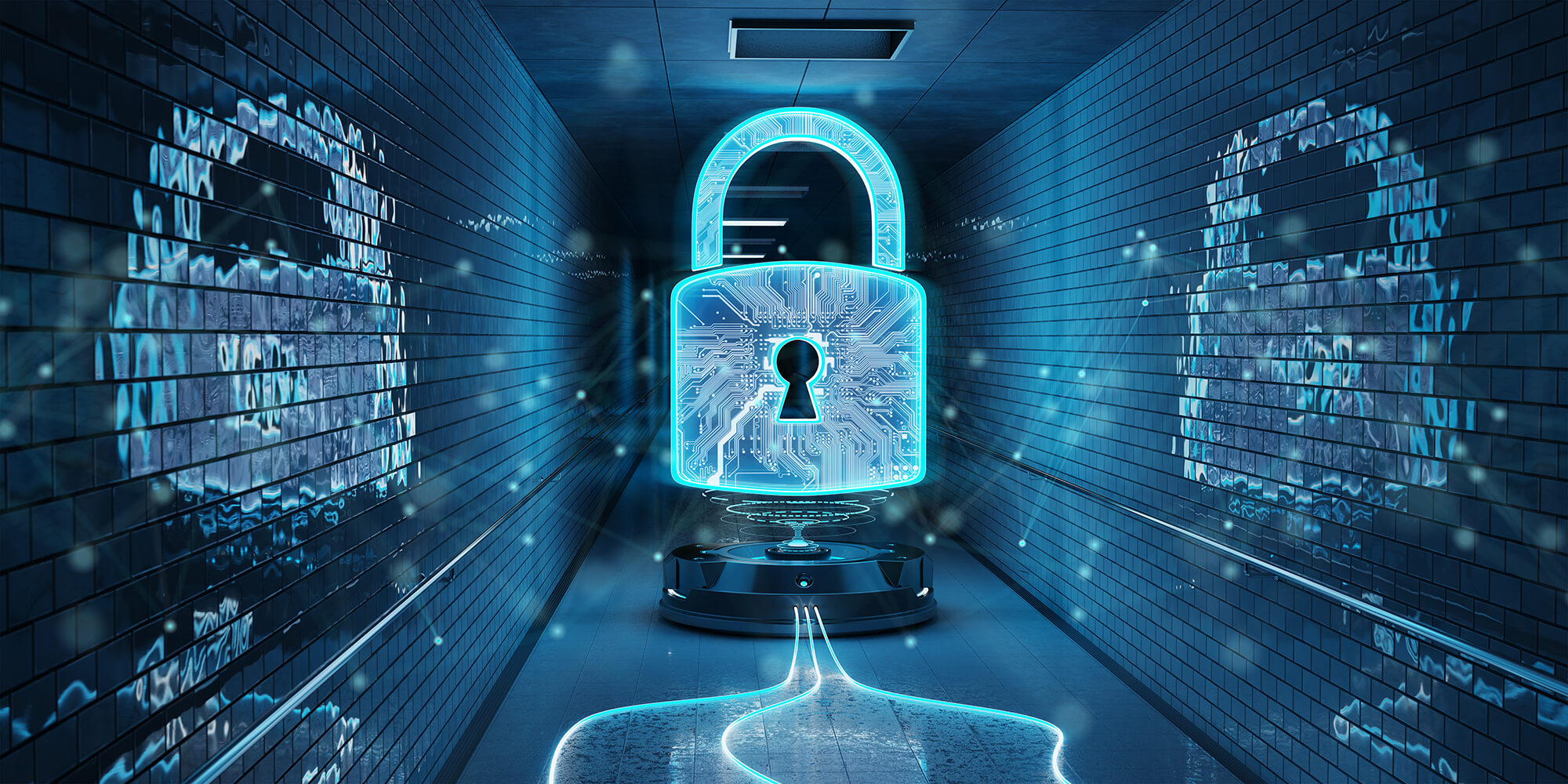 Before Leaving, Clear The Scene

According to Mordor Intelligence, the cybersecurity market is expected to be worth $363.05 billion in 2025, which is approximately 125% more than the amount in 2019. The next few years will see it grow a steady 14.5%. With attacks happening every 14 seconds in cyberspace, antivirus software, anti-spyware software, password management tools, firewalls, organizations, and individuals must all work in tandem to outwit cybercriminals who are getting more creative with time.

With digitization gaining ground and the pandemic blurring the lines between physical and remote workplaces, rule enforcing authorities, aka the good guys, need to learn cybersecurity as a priority, not a mere defense. These days, it is a fact that we tend to spend more time in front of our screens leading to more attention and money naturally being diverted online. With privacy, data, money, and much more at wager, it is not hyperbolic to believe that cybersecurity tools and experts are our last line of defense between protecting information and digital chaos.