Love has a funny way of entering our lives, and dating apps are fast becoming its most taken route. Qiraat Attar dives deep to understand how these apps work and if technology could indeed play Cupid 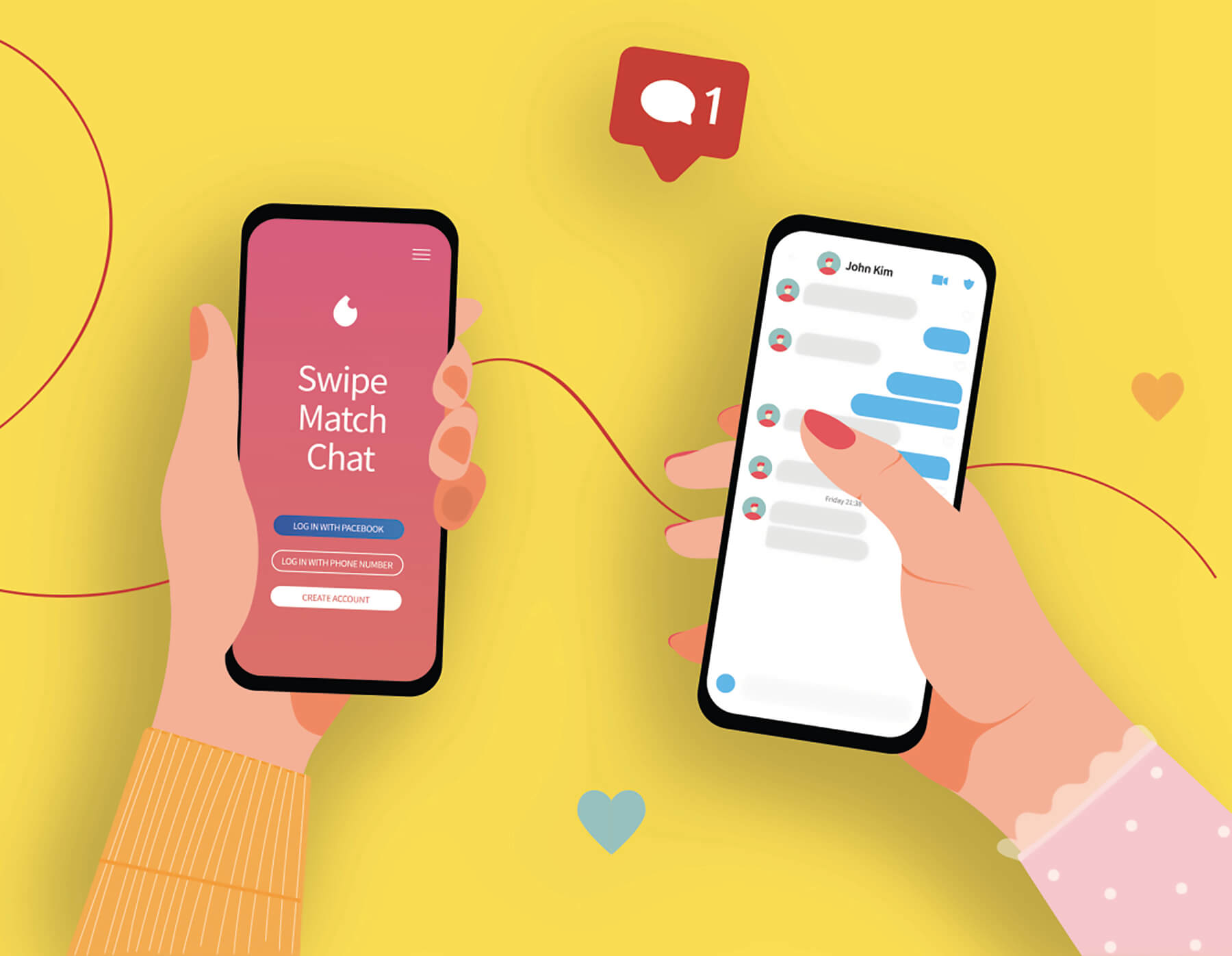 Match made in heaven is your grandmother’s adage; today, it has been replaced by ‘Match made on the app’.

Once evoking skepticism and disdain, dating apps have now become an acceptable and trendy way of finding love. Technology aids every part of our life today, so it is no surprise that love is yet another thing you can find online. With the pandemic having caused upheaval in regular societal interactions, people flocked to dating apps instead. In March 2020, at the outset of the pandemic, Tinder witnessed its highest number of swipes on a single day: 3 billion. In the months following this, OkCupid saw a 700% increase in dates. And on Bumble, video calls increased by 70%.

From #SwipeStories to digital meet cutes, dating apps have created a niche for themselves in the ‘love economy’ and are here to stay, only set to evolve as the world around us gets more confounding and the narrative around love and relationships changes with every passing generation. But for a technology tasked with something as important as finding our soulmate, how does it work? At the end of the day, would an app help us find love when its success would actually mean losing a customer?

A search engine for love

Firstly – every dating app is different. Depending on their initial objective and the end goal, every app employs a different algorithm to find dates you might enjoy. Think of dating apps as search engines, trawling through profiles of other users. Using your information like your location, age, interests, several other factors, as well as your preferences, these apps try to find someone you would have a lot in common with.If you’re thinking of dating apps, you’re thinking of Tinder. Owned by Match group and founded by Sean rad, Justin Mateen and Jonathan Badeen at a hackathon, it’s the flag bearer of the ‘swipe’ to show your interest. Tinder changed the world of online dating. While it may have started as an app for casual dating, today it represents a legion of people who have met their forever person on this app.

Tinder’s match system used to be based on the Elo rating system, originally designed to rank chess players. It’s a system of ranking for zero-sum games, where when you win, the other person loses equally. An analogy – in a piece of cake divided equally, if you get a piece, your friend does not get the piece.

Profiles on a similar range of attractiveness get banded together under the Elo system. For instance, let’s assume you have a really great profile, leading to a high Elo score. Your profile is floated across people with a similarly high score so that there are high chances of a match. This, in their judgment, mimics real life where people of a similar level of attractiveness tend to be drawn to one another.

While Tinder no longer relies on this algorithm alone, the consensus amongst people remains that in order to match with people you’d like, you want to present yourself in a way that would appeal to them. In this way, most dating apps are a network version of the real world, where your persona, your looks, your beliefs, and a certain undefinable ‘X factor’ work together to make you seem attractive to someone.

This isn’t the only system around, though. Apps like Match.com, founded by Gary Kremen and Peng T. Ong, collect information about your values system and interests and go a step further by letting you specify what you want (or don’t want) in your future partner. For instance, if you don’t like the idea of dating a pet owner, you can specify it as a dealbreaker, and the app won’t bring those users into the mix of people you might like.

Just like Coca-Cola has kept its formula secret for decades, apps like Bumble are similarly secretive about their algorithm. They don’t reveal about how people are presented to you apart from by using their filter functions (which let you specify distance, and factors like religion, political beliefs, and other parameters for the premium version) and those who might appeal to you. They also make sure not to show you inactive users accounts, which makes good sense.

Apps cannot assume that dating becomes easier, safer, or less daunting just because it is online. In fact, online dating has led to the snowballing of catfishing, a term used to define using other people’s pictures to assume a false identity or present yourself as different from who you really are.

From the perspective of heterosexual relationships, apps that reign supreme are the ones that have found purchase in the community of women, helping them feel safe and providing protection from ‘creepy’ men. Bumble came as a breath of fresh air on the scene when it was launched in 2014 by former Tinder co-founder Whitney Wolf Herde, where women took the lead. Matches could only lead somewhere when women took the onus to text first, which not just mitigated the safety challenges that women feel in the dating arena but also challenged the patriarchal mantra about love that stated, ‘Women don’t make the first move’.

Today, Bumble is equipped with a Private Detector algorithm that flags offensive photos. Users can report people who seem suspicious or have made them feel uncomfortable, and Bumble takes cognizance of the complaints. It is then no surprise that this cheery yellow app is valued at 8 billion dollars as of 2020 and continues to grow exponentially.

The popularity and domination of these apps have led to the business of love being the most lucrative one of them all. Most dating apps follow the ‘Freemium’ model, where certain features are available for free, but you can make a one-time subscription or a recurring one to get the most out of it. So, could you take a guess on how many users opt for these perks? Nearly 57 million people use Tinder, an unfathomable number in itself, of which over 10 percent, or over 6 million people, use the benefits that come with a paid subscription. Match.com pulls ahead with nearly 11 million paid subscribers, while Bumble, reasonably new to the game, logs around 2.7 million paid subscribers on the app. 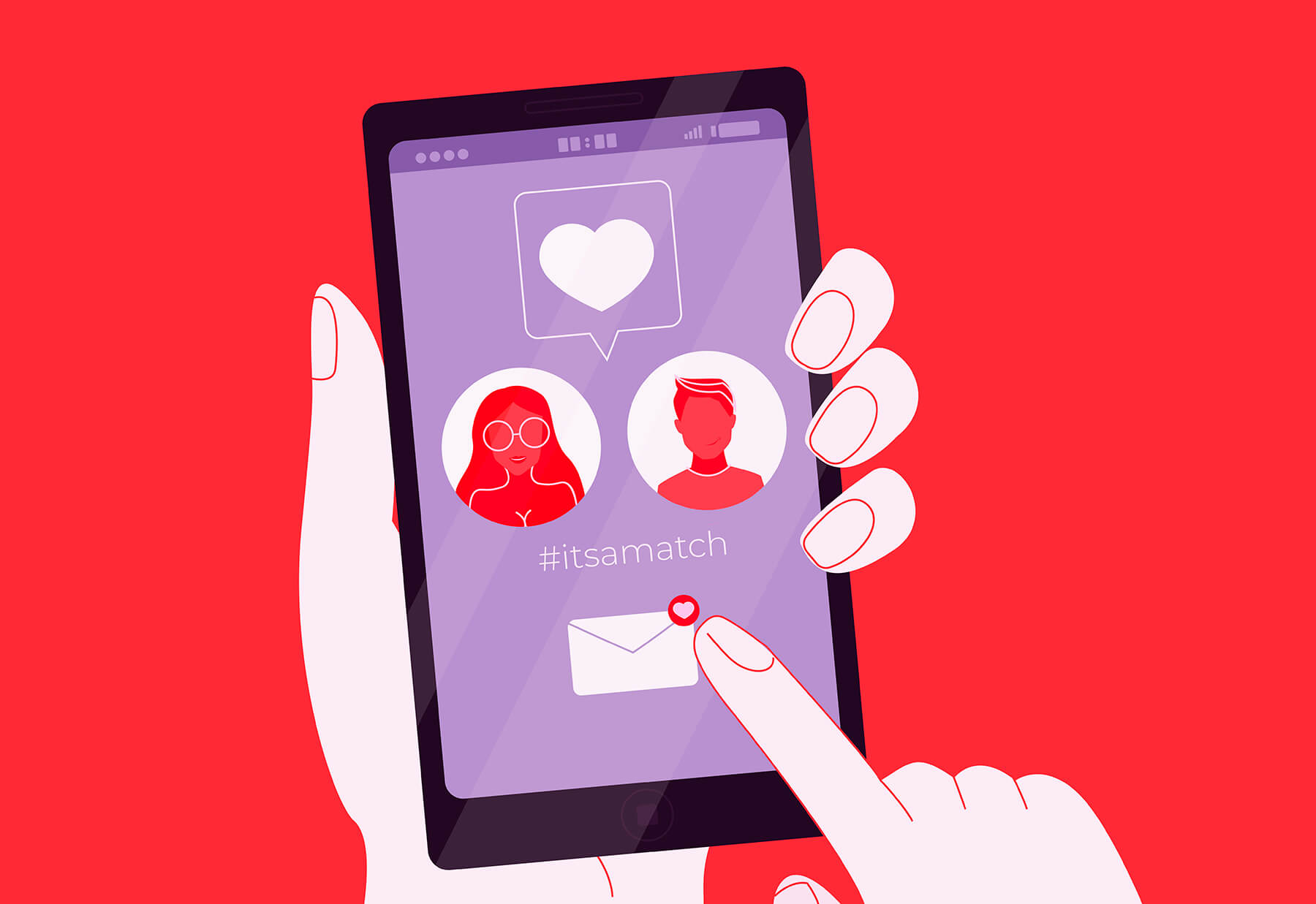 Tinder’s match system used to be based on the Elo rating system, originally designed to rank chess players. It’s a system of ranking for zero-sum games, where when you win, the other person loses equally

A play for happily ever after

Over the years, several apps have cropped out, with increasingly different antics and techniques to provide users with an engaging experience to keep dating fun. For example, an app called Hater launched in 2017, intended to match people not based on the things they liked but around the stuff they hated, such as Donald Trump or green vegetables, which didn’t succeed despite its quirky idea. While the USA has apps like eHarmony, which are known as ‘dating to be married’ apps, India saw its own upsurge of matrimonial apps like ‘Shaadi.com’ and ‘Jeevansaathi.com’, which many believe have gained popularity because dating apps eliminated the taboo of meeting and finding partners through online channels.

How we view and use these apps is an insight into human psychology. The urge to be pair bonded and to reproduce has been drilled into us by evolution, and the way we present ourselves on these apps – how our pictures are poised to portray beauty, affluence, intellect, or wanderlust – these are not random but an orchestrated dance to the tune of evolutionary biology. Moreover, these apps exist in the same world, offering innumerable portals to satisfy an ever-increasing drive for external validation – the other cogs in this machine being social media, influencer marketing, impulse shopping, and filtered images. This means that if you can’t find ‘the one’, it can be traded for ‘the one available right now’, whose expression of attention has given you a quick and fleeting high. A hyper romanticization of a familiar instinct perhaps makes dating and relationships more complicated than they need to be. If you are obsessed with the idea of finding true love, maybe it inherently stems from a feeling of loss, a loss of one’s sense of self, or that life without love is utterly meaningless.

Bumble is equipped with a Private Detector algorithm that flags offensive photos. Users can report people who seem suspicious or have made them feel uncomfortable, and Bumble takes cognizance of the complaints

In any case, can love be defined? Love isn’t a mystery; it’s a falling spiral of hormones, circumstances, and compatibility which masquerades as indelible emotions, which could either give your life meaning or create the sort of high-octane drama that has been selling movie tickets and heart-shaped candy since the advent of paper money, likely earlier. It’s hard to denigrate these apps when we’ve been extolling the ease and virtues of so many of them here. Given that the first online dating website, Kiss.com, started in 1995, we have had a few long decades to get used to the idea of meeting someone using technology, placing our trust in a digital Cupid.

One thing we can all take solace in – no matter who we are, where we’re from, and how we meet someone – through your friends or your overprotective parents, through a blind date or a carefully picked out candidate from a dating app, everything after is, unsurprisingly, back to basics – two people and a connection. We can thank the apps for helping us find love in hopeless times (like the pandemic), but ultimately, it is your own feelings and judgment that make the final call.