Shagufta Patel speaks to Adam Roosevelt, the military man turned entrepreneur and politician about his journey, and how he made it to Washington D.C. and now Dubai despite his humble past and a tumultuous upbringing, and how he channels battlefield learnings in business today 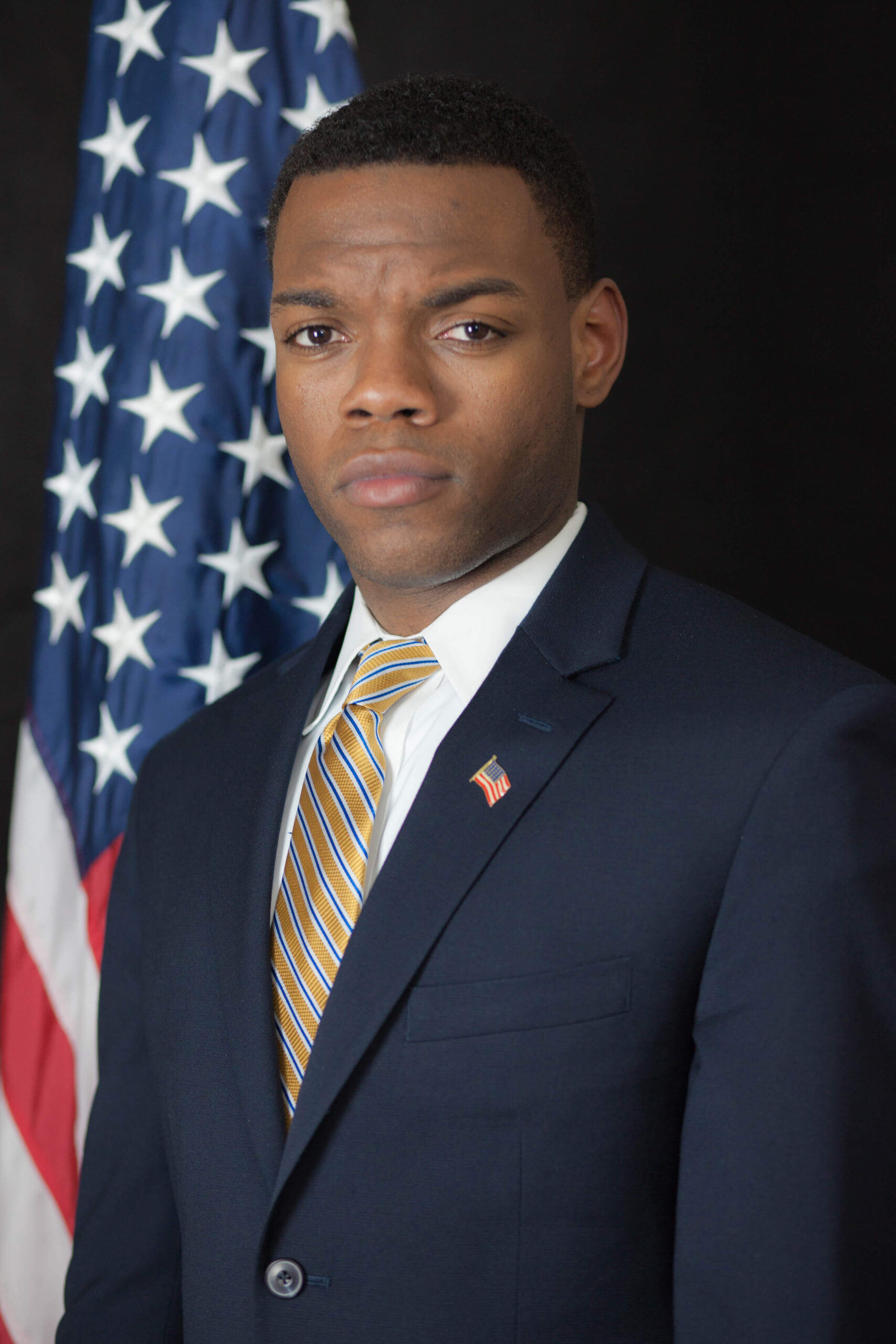 During the conversation, Adam Roosevelt, an ex-military person from the US Department of Défense and Homeland Security, offhandedly mentions that Dubai is very different from the America he grew up in. Given his vast life experience, if anyone could say so with authority, it’s him.

Born in southern Virginia to parents employed with the US military, Adam’s fate was inextricably linked to his homeland. Their discharge into civilian life was harder than anticipated, and his parents soon separated. Adam took after his father, studying in Granby High school while his father became a music producer, focusing on street artists and the upcoming hip hop scene, quickly carving a niche in their neighborhood.

To Adam, this name and clout were needful currency. Being raised in the hood in the early 90s meant that danger lurked close, and there was a near-constant threat to life at any given moment. Given his father’s chosen vocation, Adam was exposed to it at a tender age, maturing faster than someone who lived a sheltered life. “I was a bit of the black sheep of the family; every family has one, and I was mine. When dad was out on the streets, there was a lot of criminal activity, danger, and drugs. I watched that world growing up.”

But Adam was determined, sharp as a tack, and eager to make a name for himself. Surrounded by danger in school and always watching his back, Adam’s boyhood ambitions found an anchor in the actions of a neighborhood woman, who saved up every last dollar each year for the sole purpose of feeding the poor and hungry in Africa, despite facing dire financial strain herself. Her selflessness subsumed him with purpose, and Adam told his mother, “Her kids are barely eating, but she’s dedicated herself to a higher purpose. I think that’s political. I want to be a politician.”

“Her kids are barely eating, but she’s dedicated herself to a higher purpose. I think that’s political. I want to be a politician.”

To his mother, there was one surefire route into politics – the military. Adam was understandably wary at the prospect. To him, the military would be more of the danger that had stubbornly followed him around all his life – in fact, he thought it unlikely that he’d even survive his first war.

But against his misgivings, he bit the bullet.

Starting with boot camp in Georgia, Adam quickly proved his mettle, moving on to cyber training at the Fort Gordon signal center of Excellence. “You’re running at 5.30 AM Every day, 10 to 15 miles a day. I trained in cybersecurity, learning not just to leverage it, but also additional military assets that we were trained to use – knowing just as well how to destroy entire system architecture with one command as to pick up a rifle and engage the enemy.”

Armed and educated, Adam was instated in the cyber unit deployed in Afghanistan for two tours, Operation Enduring Freedom and Operation Freedom Sentinel, when Al Qaeda and the Government of The Taliban were in force and ISIS but a pale ghost of the future, as yet unseen.

When assigned to NATO, Adam recounts a significant incident with both fear and mirth, one that could have ended his flourishing career as he knew it. “As a noncommissioned officer, I was never to leave the base.” One fateful day, Turkish officers barged into his office and demanded that Adam accompany them as they were facing trouble. “If the NATO comes in here, I have to help,” recalled Adam as he followed them into their vehicles. As the miles fell away, surrounded by Turkish officers who couldn’t follow English, Adam realized that he was leaving the base and went into a panic. They took him nearly 40 kilometers out, with Adam increasingly concerned about defying orders. 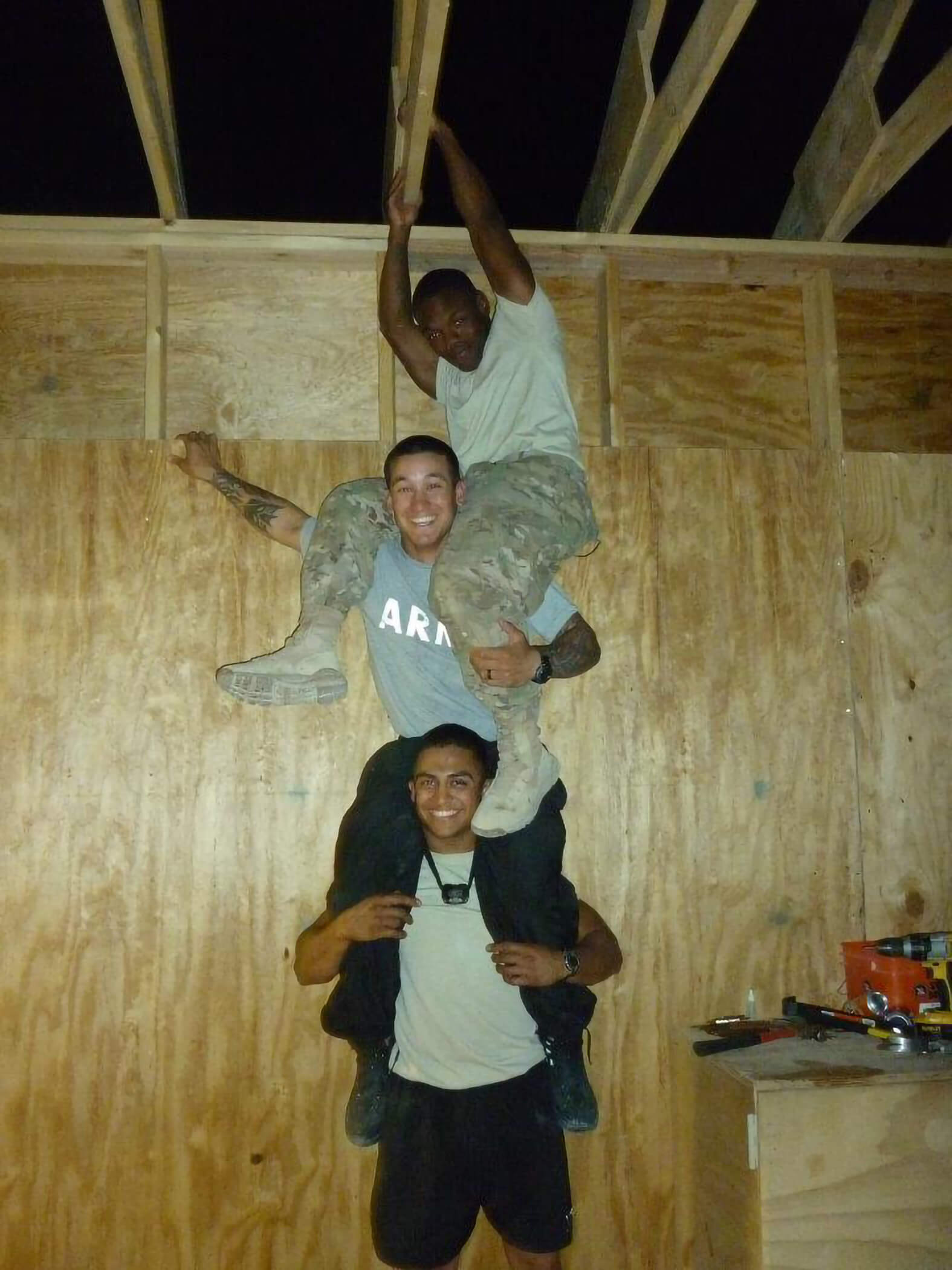 As it turns out, it was all just to fix a hard drive. Since breaking the key of the encrypted drive could spell trouble, they wanted an American soldier to do it. Adam carried out the order, but his superiors were furious at the transgression. He was reassigned, effective immediately.

What seemed like a grave setback to him turned out to be a milestone. Adam was reassigned to be the Special Assistant to the Signal Support Group Resolute Support commander, commanding cyber security work across Afghanistan and responsible for every cyber activity.

In this new role, he was often touted as the ‘politician on the camp’. While his transgression had earned the ire of his superiors, the Turkish saw in him a fierce and admirable loyalty, which earned him their allyship. Having achieved the insurmountable at only 22, his trajectory rocketed skywards.

Post this, Adam worked with Homeland security, working for the United States Secret Service, supporting the President and First Family providing direct support to the Protective Intelligence and Assessment Division. Here, Adam got a grasp of real authority. He says, “I took every project I could get, for I was the aggressive startup guy. I wanted to compete against the Fortune 500s, and nobody could outmaneuver me in the space. While they had big money, I had drive, compassion, and a mission to succeed. At its peak, I was program manager interfacing 17 government agencies, including Secret Service, FEMA, and intelligence agencies such as CIA and NSA.”

Getting his name on the ballot

Alongside his military duty, Adam Roosevelt is also known across 49th District Virginia as the Republican candidate who contested for the Virginia House of Delegates. Despite his defeat, he is well known amongst locals for upholding the cause of tax reforms, advanced STEM education, and the support and care of veterans. It was during this time that Adam began making frequent TV appearances, appearing on Fox News, Sky News, NBC, and Newsmax to weigh in on several pressing national and political issues.

This visibility and a well-attested ability for public service meant Adam could be the politician he envisioned to be as a young boy, but as he recounts, the warring, dissonant Democrat vs. Republican ideology, as well as the apprehension of having an entrenched military official now making frequent television appearances made people have misgivings with him. Repeatedly chided and being held back from achieving his true potential, he took a leap of faith, leaving his homeland to venture into unexplored territory, and landed, both feet in, in Dubai.

“I took every project I could get, for I was the aggressive startup guy. I wanted to compete against the Fortune 500s, and nobody could outmaneuver me in the space”

In his second innings in Dubai, Adam’s work has undergone a transformation. Within a year, he has turned advisor and board member of the office of Sheikh Saqer Bin Mohamed Al Qasimi. Learning quick, Adam is a unique specimen in this space, bringing acumen and learnings from his time in the military and his stint in Afghanistan. He acknowledges that he is not a local expert but is determined to learn exponentially to keep up with the economics of these prosperous deserts.

The Sheikh’s office enables diverse businesses, playing a protagonist in UAE’s growth and economic diversification. It is a springboard for both new as well as established businesses and start-ups willing to expand their footprint in Europe, Asia, the Middle East, and North Africa while enjoying the benefits of Dubai’s stable economy, supportive government policies, and a burgeoning business ecosystem.

On being an entrepreneur in a foreign land, he says, “Sometimes you don’t get paid upfront, you have got to put your skin in the game. It has paid off in terms of respect and reputation, and I have built a name for myself in the community.”

Adam Roosevelt’s TV days, however, are far from gone; these days, he’s busy mastering a new medium – YouTube. With reportage on hot button topics, Adam stays relevant and controls the narrative instead of a network news channel. “I’m trying to pitch a TV News Show to Abu Dhabi and Dubai. Essentially, it’s a continuation of my engagements on television. I’ve covered Russia-Ukraine, covered issues in Iran, the assassination of General Soleimani, the Derek Chauvin trial.” Fearless, he says he has a penchant for covering stories that could get you in hot water if you say the wrong thing.

His daughter, of whom he speaks proudly in glowing terms, is a miniature version of him. “I tried not to influence her, but the kid is a little politician already. She’s already doing the Pledge of Allegiance. She’s learnt it because she knows I like politics. So that reminds me, I have to do right by my kid because she is watching me and learning from me.” In a certain way, life has come full circle for Adam, who having learned how to survive on the streets from his father, now has his daughter imbuing the knack of politics from him, watching him succeed in Washington and beyond with a long prosperous road ahead of him, where challenges exist, but without danger.