The climate summit in Glasgow saw world leaders convene to address issues of the earth’s future, but how successful were they? Qiraat Attar analyzes the outcome of the event 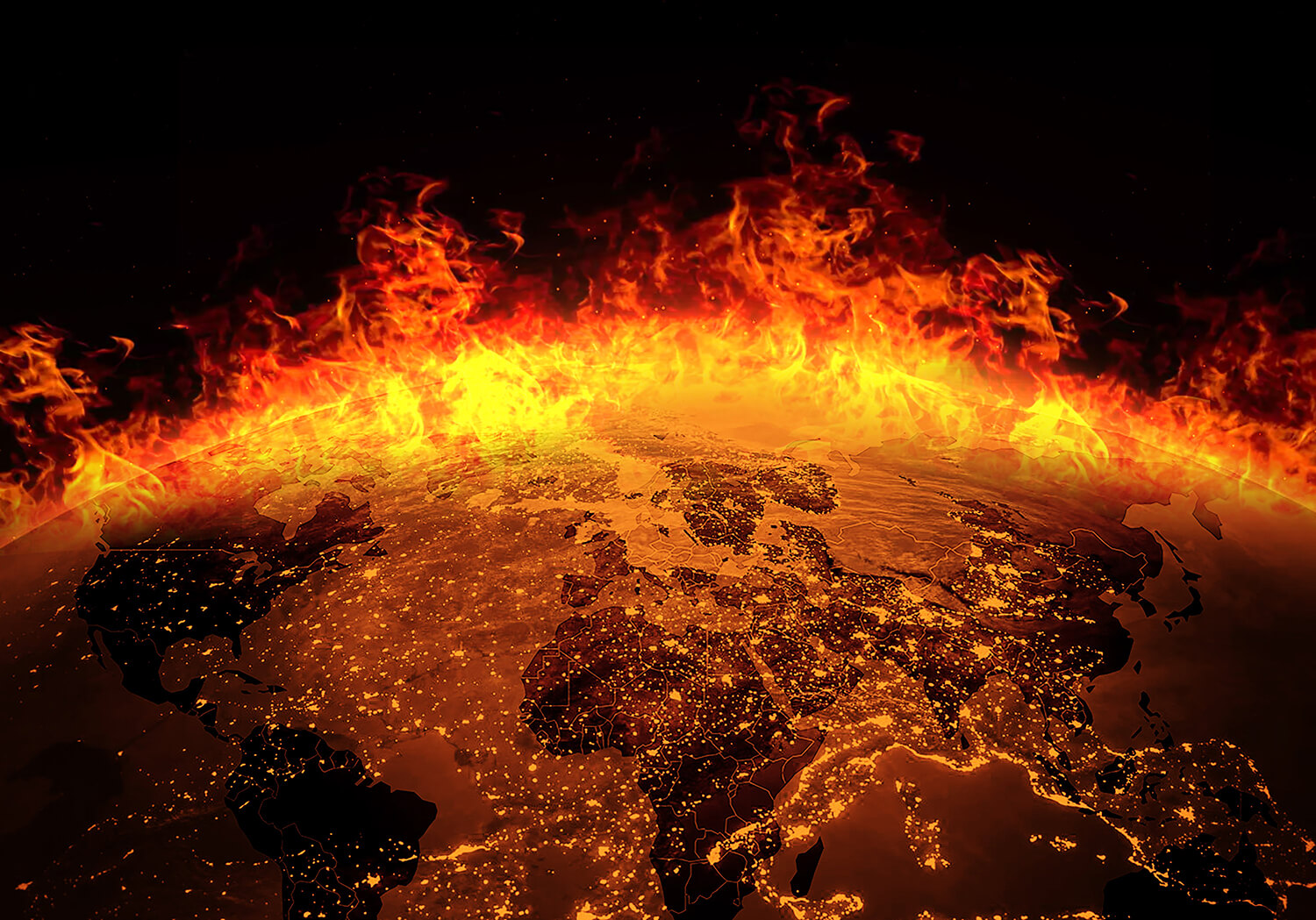 Hindsight is 20-20. It is also too late to change things, but people talk far less about the second part.

The U.N. Climate Summit, held from Oct 31st to Nov 12th, intended to safeguard our fragile future from the worst impact of climate change and halt global warming at 1.5 degrees Celsius above pre-industrial levels.

Around the event, optimism was fractured like one too many promises broken. As the summit approached, nations reported how many had met their pledges and how many had let corporate greed, capitalist intentions, or the defense of fossil fuels let them procrastinate on saving the world. Finally, civilians from all walks of life, regular folks with the least amount of say in climate dealings and who will be worse affected, gathered outside the summit venue in Glasgow to express their anguish, that it was too little too late.

Inside, the U.N. tottered back and forth on the same point. Days approaching the summit saw the world organization, often lambasted for not being able to execute in tandem with its reach and power, reaching out to member countries to act in accordance with Mother Nature and to understand the seriousness of the situation.

The world went into dealing with climate change whilst already dealing with a problem of epic proportions – the coronavirus. The blame game for the pandemic led to escalating tensions, causing UN Secretary-general Antonio Guterres to implore US and China to prevent their issues over Covid origins and other matters from clouding the summit’s progress.

Meanwhile, regret too reared its head. With wholesale European power prices doubling this year owing to soaring coal and gas prices, while renewable costs stayed the same, European Commission Executive Vice-President Frans Timmermans felt that Europe would not be in this position if the Green Deal had been adopted five years prior. 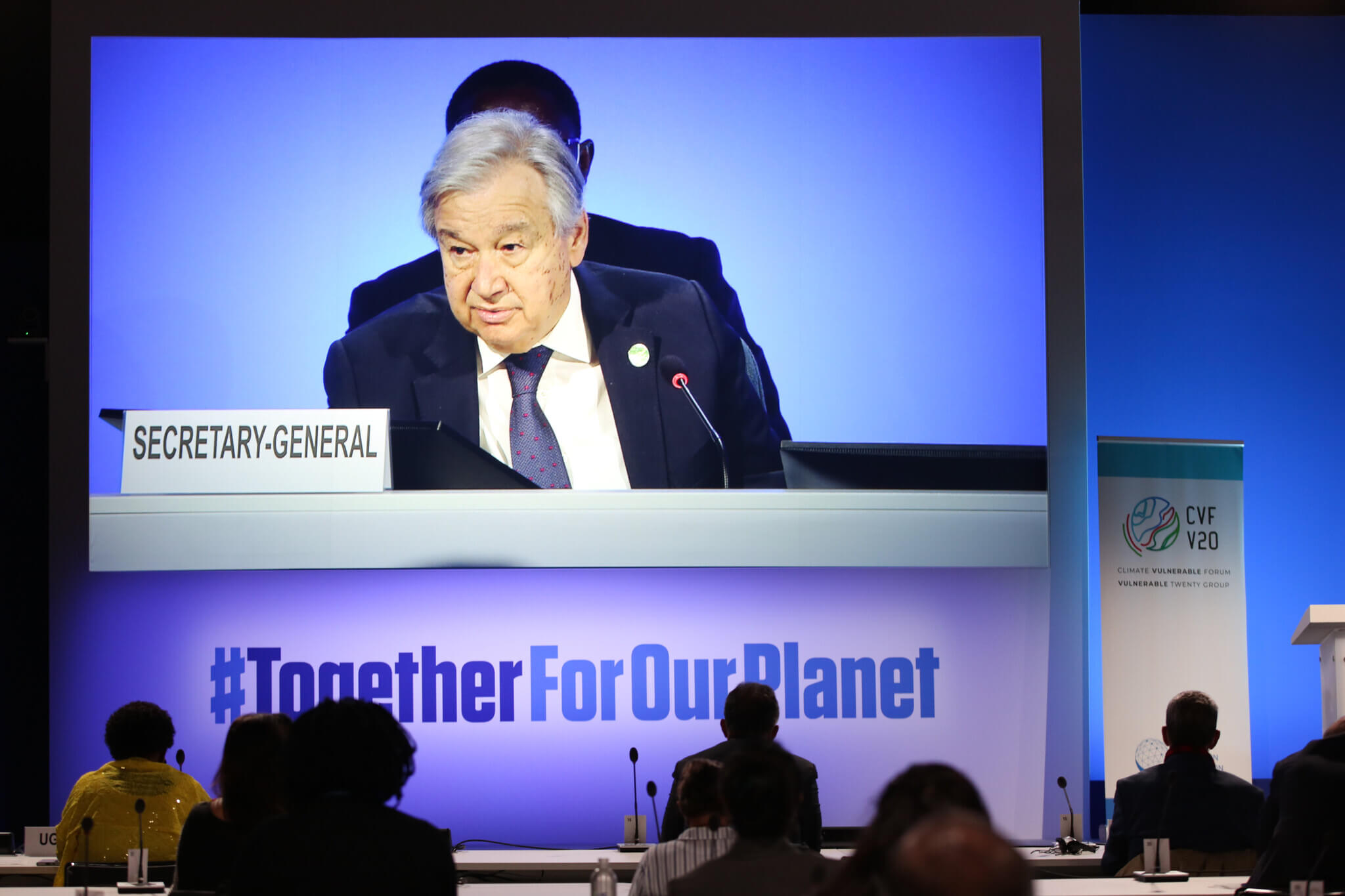 One of the main goals was to keep the warming of the earth’s delicate climate under 1.5 degrees Celsius, only possible if every country takes significant measures to mold their development around frameworks of sustainability.

Instead, governments hemmed and hawed over the pledges, ultimately reaching a compromise. Under summit pledges, the nearly 200 countries at the event will increase their pledges next year to close the gap.

It feels like a ticking bomb. The pledges submitted to cut emissions this decade will cause temperatures to rise by 2.4 Celcius. To align with the 1.5C target, countries need to cut carbon dioxide emissions by 45% by 2030 from 2010 levels. Under current pledges, emissions would rise by nearly 14% by 2030.

The United Arab Emirates too has announced a plan for net-zero emissions by 2050 and would oversee 600 billion dirhams ($163 billion) in investment in renewable energy. This makes it the first country in the Middle East and North Africa region to launch a concrete initiative to achieve that climate commitment. Meanwhile, Saudi Arabia, Bahrain targets net-zero emissions by 2060.

The tepid, halfhearted commitments from nations led United Nations chief Antonio Guterres to feel that this critical meeting on climate change ran the risk of failure due to mistrust between developed and developing countries and a lack of ambitious goals among some emerging economies.

Apart from governments, private players are crucial in the fight against climate change. Fossil fuel companies, pharma giants, automobile companies, and others have enough clout, money, and reach that their past policies have led us down the roads of destruction and savagery towards climate, but their change of heart now could help us repair the widening cracks in our biome.

The largest biofuels producer in the United States, POET, said it was committed to achieving net-zero carbon emissions at its bioprocessing facilities by 2050. The South Dakota-based company also said it would ensure its ethanol reduces greenhouse gas emissions by at least 70% compared to gasoline by 2030, up from about 46% today.

The same mission was adopted by Royal Dutch Shell, which planned to build a biofuels facility in the Netherlands to help achieve its target of net-zero carbon emissions by 2050. JPMorgan Chase & Co said it was joining the United Nation’s Net-Zero Banking Alliance, following Bank of America, Citigroup, Morgan Stanley, and others in aligning its climate plan with the UN’s Race to Zero campaign. The UN meanwhile, faced monetary hassles. It faced a $100 trillion funding shortfall, which meant that its global goals of tackling poverty, inequality, injustice, and climate change could be missed unless 10% of global economic output is directed to the U.N. targets every year to 2030. Hampered by the impact of the coronavirus pandemic, the annual shortfall is now up to $10 trillion a year. 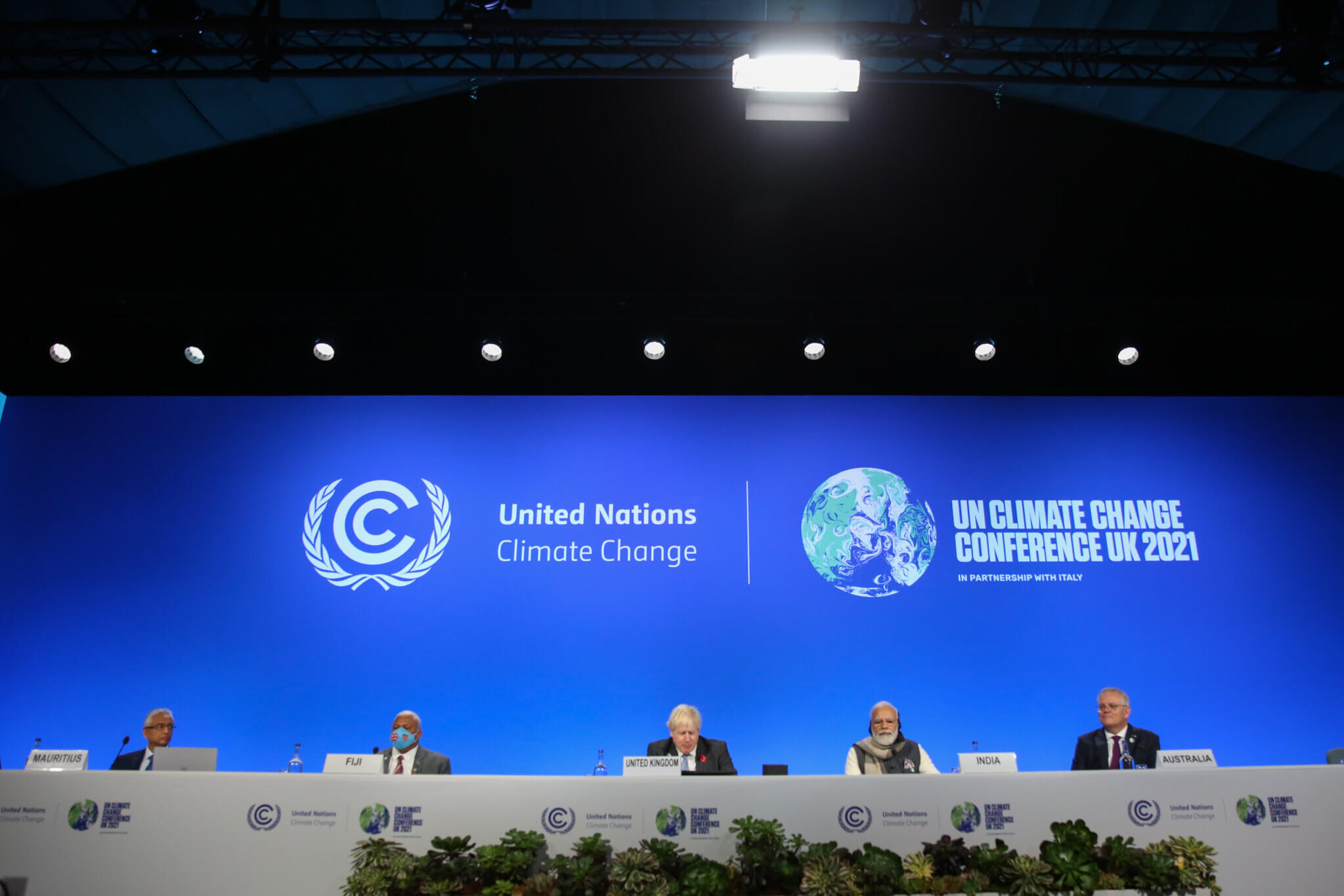 So-called leaders have cherry-picked young people to meetings like this to pretend they are listening to us, but they are not

IN DEFENSE OF PETROLEUM

Countries whose economies and fortune have been built on fossil fuels aren’t ready to conceive a world without it. Case in point – Saudi Arabia’s top energy official commented that efforts to combat climate change should not undermine global energy security or shun any particular energy source and denied the kingdom was hampering international talks on the issue.

The comments come as the UK hosts of the UN climate summit push to secure ambitious pledges from world leaders to slash greenhouse gas emissions, mainly from oil, coal, and gas. However, come the time of the event, the UN seemed reluctant to let go of fossil power as well.

It seemed like they couldn’t spook the fossil fuel heavyweights lest they lose their cooperation in the climate fight. Then, at the last minute, it changed wording calling for the “phase-out” of coal-fired power, replacing it with “phase-down”. Producers of coal – the most polluting fossil fuel – and countries that consume oil, gas, and coal said the wording change showed they had successfully defended the use of natural resources for which demand is still high and supply is tight.

Meanwhile, the youth were less hopeful.

Some argue that the youth today, owing to economic disparity, climate failure, and an overwhelming exposure to the world’s vagaries with 24×7 breaking news and ‘doom scrolling’ on social media, are the least hopeful of all generations. They feel like they have inherited a planet with a bleak future and feel pressure to find a solution for it, against all odds and a ticking clock. 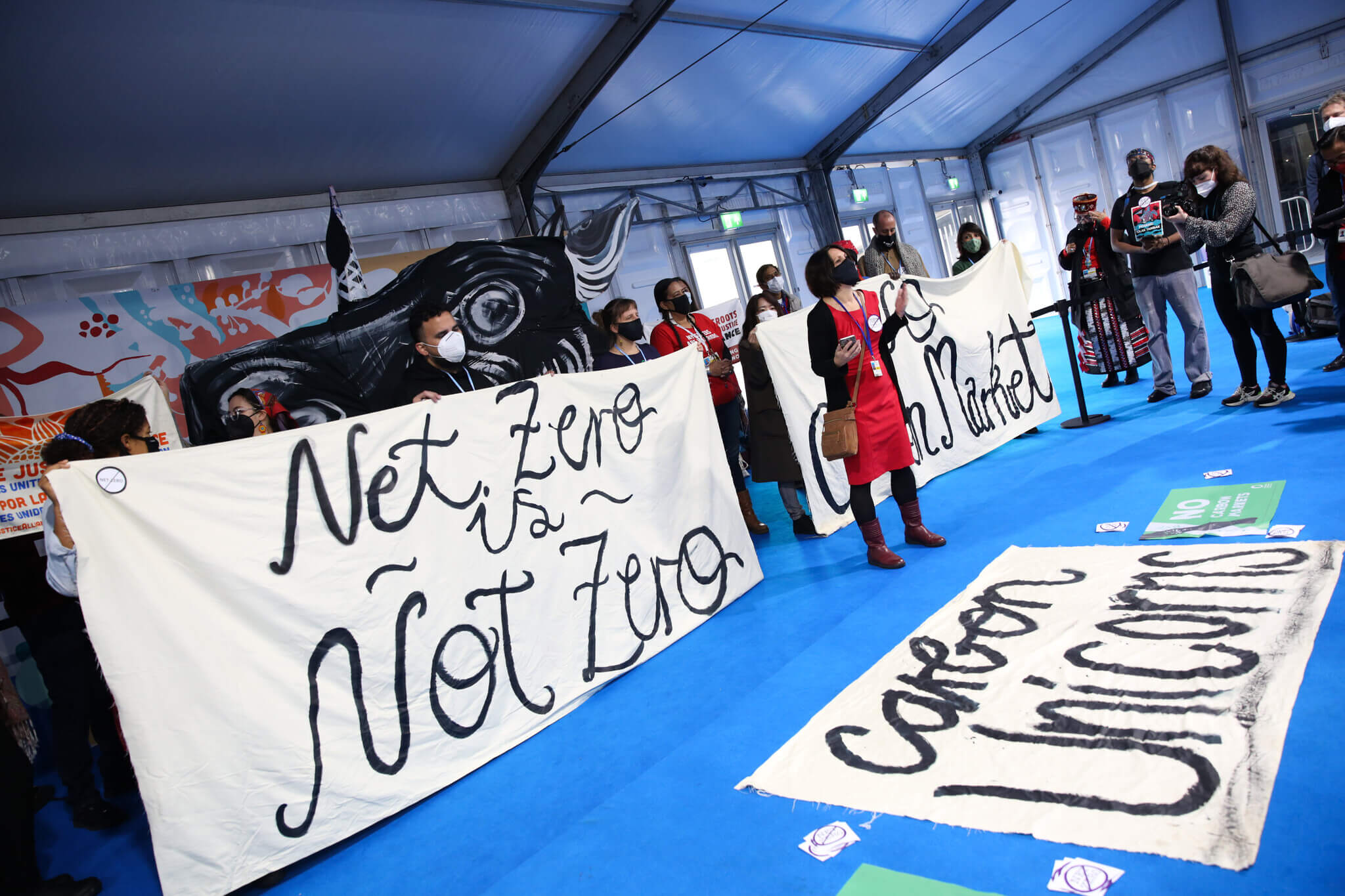 Greta Thunberg and fellow youth campaigners said much has been promised but little done to tackle global warming in almost three decades since the landmark Earth Summit. “So-called leaders have cherry-picked young people to meetings like this to pretend they are listening to us, but they are not,” Thunberg said.

On the day of the event, as new pledges were made and leaders made heartfelt speeches, thousands of protesters, including students, activists, and climate-concerned citizens, set off from a Glasgow park to march through the city hosting the U.N. climate conference and demand bolder global action.

Carrying red flags and banners reading “Capitalism is killing the planet,” an energetic crowd of youths blamed companies for the climate crisis and chanted calls in favor of socialism while punching their fists in the air.

NO CHECKS TO CASH

Rich countries broke a 2009 promise to deliver $100 billion annually by 2020 in climate finance, making poor countries wary that promised cash will not arrive. Instead, they now expect to deliver the $100 billion by 2023.

However, developed countries are not willing to pay for the issues they have caused. They took the lead in the industrial revolution and urbanization, which helped them race ahead of others in progress, creating a disparity between first world and third world countries. Today, environmental racism is an actual concept, where nations that haven’t contributed to climate damage might end up facing its worst brunt. It is socio-political unfairness that could have been corrected at this global summit,

Especially since this was the first time, the climate agreement mentioned the loss and damage incurred by countries due to climate-driven disasters, for which those countries have for years sought compensation.

But after resistance from the United States, the European Union, and other wealthy nations, the accord failed to secure funds for that compensation. 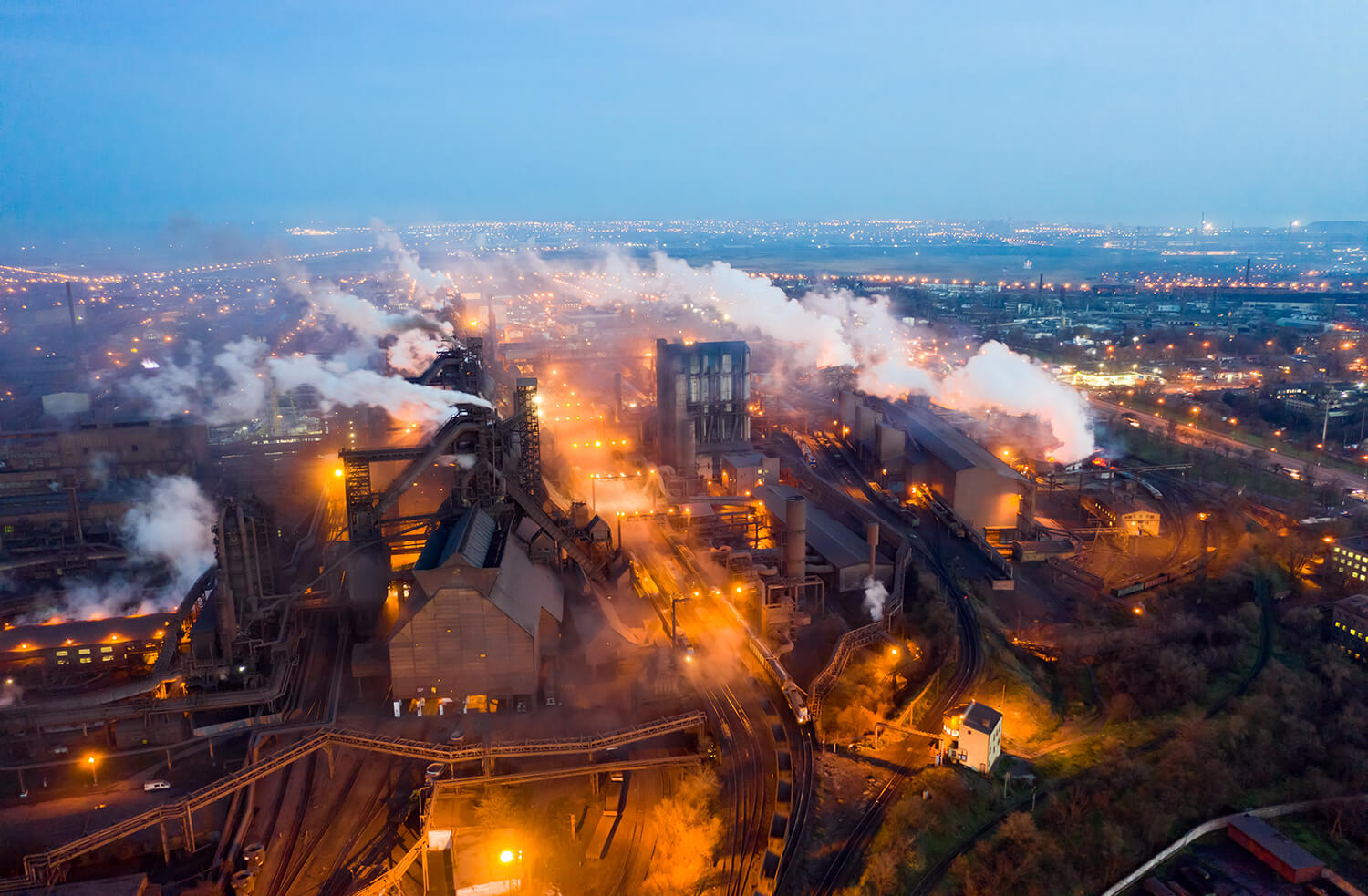 Some thought the summit was a watered-down approach to ruffle no feathers. Although U.N. Secretary-General Antonio Guterres said, “The era of half measures and hollow promises must end. The time for closing the leadership gap must begin in Glasgow,” things did not seem to have the intent and force necessary to meet the matter.

Some leaders chose to express this dissatisfaction. Tuvalu’s Foreign Minister Simon Kofe said the summit pact should have called for the phasing out, rather than phasing down, of coal use, a late change spurred by coal-dependent India and China.

Last week, images of Kofe giving a speech to the United Nations COP26 climate summit while standing knee-deep in water where there was once land were widely shared on social media as he sought to show how Tuvalu is battling rising sea levels.

Poor nations felt shortchanged. For instance, Camila Lizama, Director General of Global Issues, Mexico Ministry of Foreign Affairs, said, “We believe we have been sidelined in a non-transparent and non-inclusive process. We all have remaining concerns but were told we could not reopen the text. Mexico, for example, believes the language on human rights should have been strengthened and are very disappointed that such demands were not heard, while others can still ask to water down their promises.”

Environmental racism is an actual concept, where nations that haven’t contributed to climate damage might end up facing its worst brunt

There was a definite difference in attitude between the smaller versus the more powerful nations. Smaller nations felt that cutting corners in the climate pledge added to their vulnerable situation, as noted by Mexico’s foreign minister.

Money also emerged as a significant barrier. The UN climate fund is supposed to help poorer nations deal with the fallout of the climate crisis, such as earthquakes, crop failures, and the devastation of human settlements.

NOW, FOR THE VERDICT

The world is in a perilous state, and that is a fact we cannot avert our eyes from. With pollution, climate change, unpredictable weather, storms, thunder, earthquakes leading to effects like supply chain crisis, agriculture deficits, failing crops, and resource shortage, this was never a single point problem, not one that would affect only one race, one continent, one group of people. A collective problem needs a collective solution, especially as we are in the eleventh hour, with no one with the courage to say what must probably be said – it may just be too late. If we don’t start now, there will be no doubt about the previous statement.

So as is our moral responsibility towards a planet that gave us everything, our most esteemed world leaders assembled again to assess the state of our pledges and the corrective action that is needed if we ever want to save the home we once called our home planet.

Mars is still a few light-years away, so we have to do with the planet we inherited, which gives all of us life.