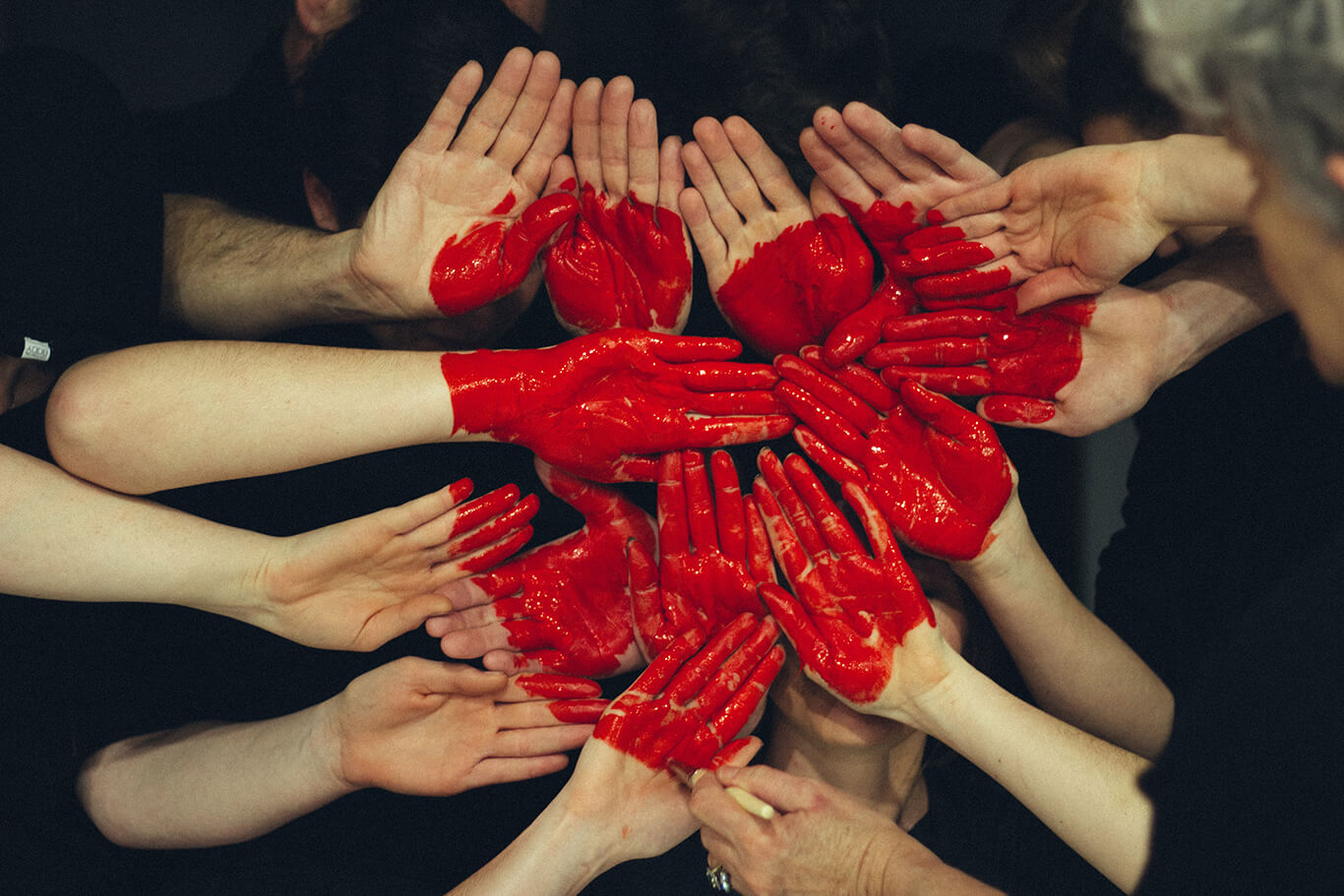 Quantum mechanics and philosophy tell us the spaces between us don’t really exist. Life tells us exactly the same thing… maybe it’s time we started listening.

We generally learn lessons as an afterthought. While the lesson is being taught, we aren’t really aware that life is imparting some valuable information to us. We just go along for the ride as we mostly don’t have much of a choice. It’s only later that the lesson hits home in a blaze of enlightenment, or it dawns on us gradually, like gentle rainfall that coaxes flowers to grow out of stone.

One of the things I’ve understood from my twenty-five years of globetrotting is that we humans, regardless of our cultural baggage, bank balances, passport power, personal talent, or whatever ideology was bequeathed to us at birth… we are all the same. We are all in the same boat. It’s a boat that carries billions of living creatures and travels at roughly 220 kms per second to an unknown destination, and only the universe gets to decide when we disembark. Our human experience of this cosmic Noah’s Ark is infinitesimally small and insignificant. Yet, we waste it on petty rivalry, defending artificial boundaries, and serving our own egos rather than making the journey a pleasant experience for our fellow travellers.

It was in the UAE that I was given the first chapter of this valuable learning; that looking past differences and looking for commonalities with my fellow humans was one of the greatest experiences of this travel package called life that I had been given. I landed in Dubai some two-odd decades ago, still steeped in my small-town India ways, still conditioned by the legacy of my misspent army brat youth and my Hollywood imaginings of what life outside India would be like. The towering buildings, the smooth cabs, the shopping malls, the sparkling waters of the Arabian Sea, the glitter of the city line at night… the parched traveller that had always existed in me soaked it all in. I drank as deeply as I could from the cup of life.

I ended up PGing with a Pakistani family in Sharjah, something I was a little hesitant to do given the history between their nation and mine, and thus began one of my greatest life lessons. They were a family of five. A father who I called Bhaiya (elder brother), a mother I called Didi (elder sister), and three gorgeous girls between the ages of 4 and 8 that all called me Maasi (aunt). I payed them rent for only a room but yet I got fed – a lot. The little girls would clamour around me the evenings I was home and share their chocolates with me. The littlest one figured out that running her fingers through my hair relaxed me and took to combing my hair for hours on end whenever an opportunity presented. Didi would wake up at midnight if she heard me come in late and warm up food and sit with me to make sure I had eaten one proper meal in the day. Bhaiya was always respectful and kind, asking after my work and how I was faring, and there was zero judgement or any sense of the fierce political divide between our nations. They cared for me with a gentleness and affection that has stayed with me despite the inexorable march of time.

But there I was, this eager beaver traveller, and I stayed out a lot… more than I should have. I took this family so for granted and spent all my time exploring, working, grabbing furiously at whatever life threw my way, ignoring the little family I was living with. On Fridays, I walked miles around Sharjah, entranced by the city and its beautiful lake. I spent almost every evening mesmerised by the fountains and the lights and shops. And sadly, I didn’t care enough to go back early to spend time with three little Pakistani cherubs who loved the stories I told them. I snuck in at odd hours of night, hoping they had gone to sleep, and I stupidly chased far lesser things rather than getting to know the beautiful humans that I was lucky enough to share space with.

I eventually left and found my own place. And I lost touch with the members of my first home in the UAE. And the lessons I learned from them, that I picked up subconsciously, registered on me only much later. Much, much later.

Today whenever there is news about trouble between our two countries, I think of the faces of those three little girls. Whenever I feel like judging another human for what I believe is an unacceptable cultural foible, I remember Didi’s sleepy face watching patiently as I ate the food she had warmed for me at midnight. Recently, when an Indian fighter jet was captured across the border, I hoped it was another Bhaiya who was in charge of taking care of one of my own. Today every time the glitz and glamour of the world overwhelms me, I think of that lovely family and try to devote time to the little things, and this always brings me joy.

If my few decades of travel have taught me anything, it is this. We, all of us, you, I, the greatest and least of us… we are the same. We want the same things. We are inspired by art and music, we want our children to thrive, we want our human rights honoured, we want to live and die with dignity, surrounded by those we love most. We want to laugh and want to be cared for, and we want to be able to make a difference. We are united by the oneness of our living journey, and we owe it to each other to see the similarities rather than the differences.

You see, I’m sure if we all went to space and looked down at our blue and green planet, none of us would be able to see the borders that divide us so deeply. We are all humans travelling to the same place. And if we’re lucky, we get to make the journey a little more pleasant for our travelling companions. It is really all that is asked of us at the end of the day.

Sultan Bin Salman al-Saud, a former Royal Saudi Air Force pilot and a member of the Saudi royal family, was a payload specialist aboard the American STS-51-G. I think he summed up in a few lines the point I am trying to make – “The first day or so we all pointed to our countries. On the third or fourth day, we were pointing to our continents. By the fifth day, we were only aware of one Earth.”