The next stage of the web evolution – Web 3.0 will allow the internet to process information with near-human-like intelligence. Clarilda Sharon explains how the next iteration represents an epic paradigm shift 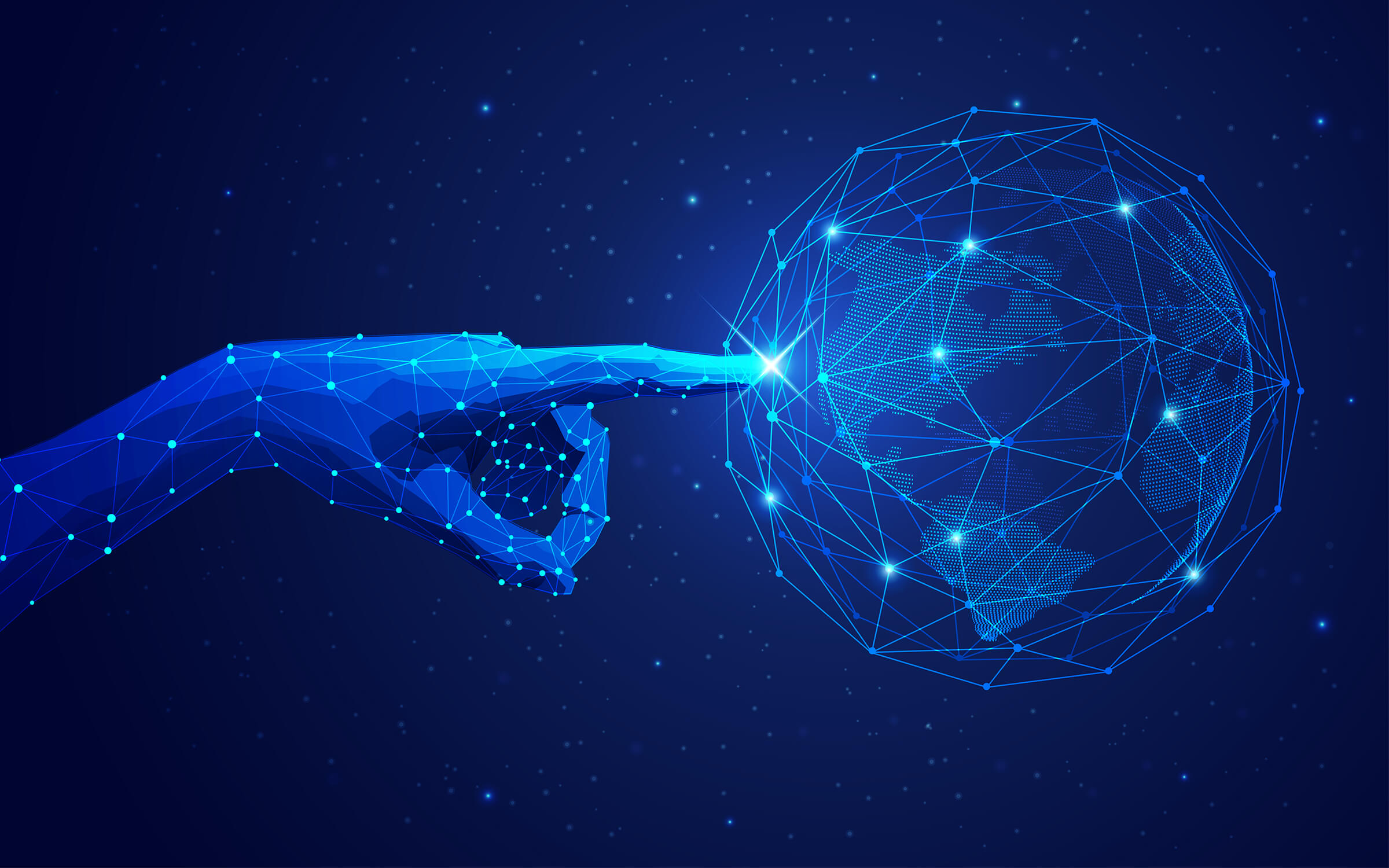 We’ve lived through the era of the initiation of the internet, with clunky, text-filled websites and dreadfully slow loading speeds. It’s a far cry from the internet we enjoy today, mobile-accessible, with apps for everything you can imagine and then some, all the information and entertainment at our fingertips. Well, it’s about to get better.

The third wave of the internet, called Web 3.0, is slowly taking over the internet. This latest technology leverages Artificial Intelligence, Machine Learning, and blockchain to attain real-world human communication built around the ethos of value decentralization, trust minimization, and permissionless-ness. With it, one can seamlessly locomote between platforms without needing to have an account for each social media platform, which means the era of trading your information to attain free access to the internet is essentially over.

The third iteration of the web puts more control over web content in your hands, allowing you to own your data.

The advancements of Web 3.0 will propel the internet to new heights, making it smarter and our lives easier. And to appreciate these paradigm-shifting features, one must examine the evolution of the web.

How we started vs. how it’s going

It was in the early 1990s when dotcom boomed and the first phase of the World Wide Web (WWW) or Web 1.0 enabled easy access to information. However, users were charged per page viewed, online directories pointed content to the consumers, and the information was largely disorganized and difficult to navigate. Moreover, the content was hosted on either web servers run by Internet Service Providers (ISPs) or free web servers, with most of it offered only in the form of static web pages.

Google and MSN entered with Web 2.0 in the late1990s (around 1998) and brought the era of simpler exchange of information with others over the internet. Using algorithms like page rank, they helped in ranking search results based on popularity with information that was sorted and presented in an organized manner.

Due to its ease, Web 2.0 gradually democratized, with more content creators coming online, making the internet more social. The audience was allowed to interact with creators, leading to the creation of social media in its nascent form that encouraged networking, with a massive volume of content and data that were being regularly modified based on user feedback, which has evolved into the hyperconnected social media like Instagram, Twitter, and LinkedIn that we see today. Webpages evolved, more blogs came up, communication between website owners and customers improved, and the internet became social as the flow of information became freer. 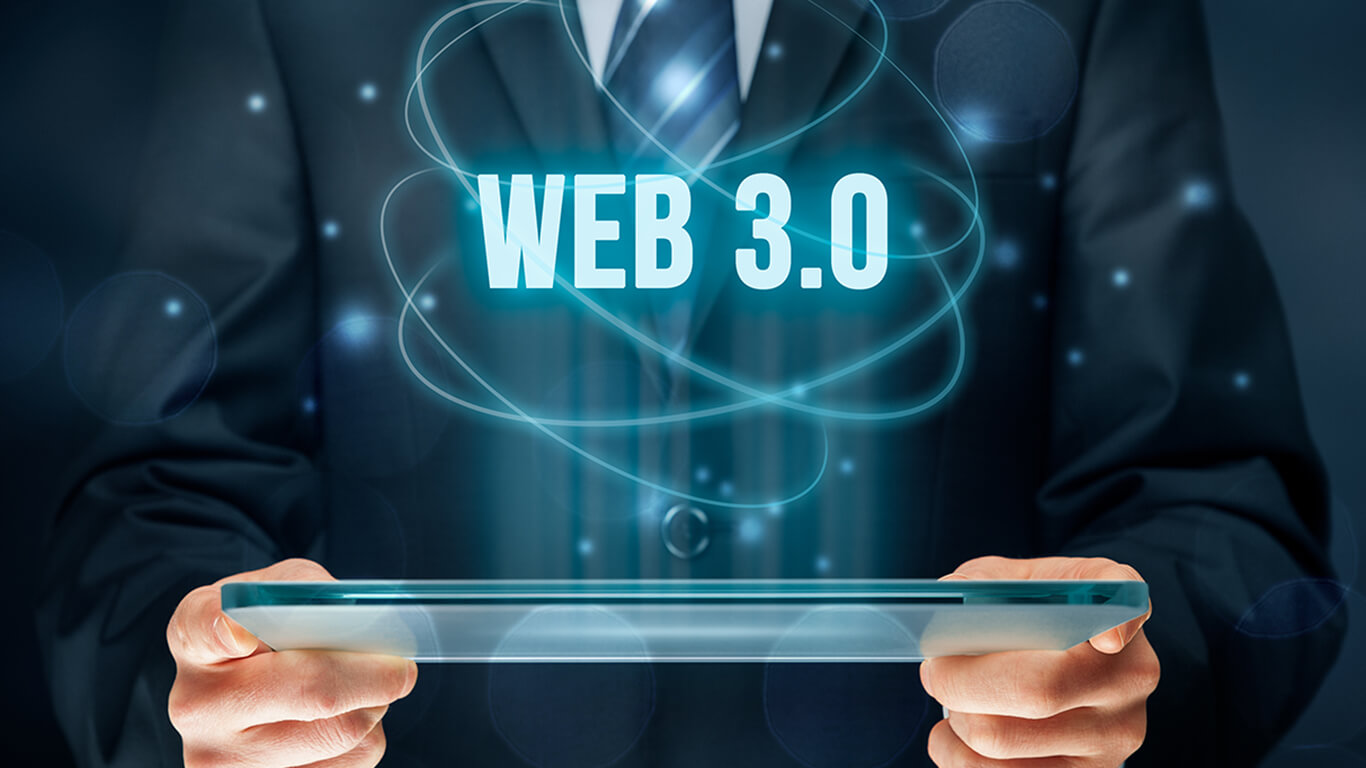 Web 3.0 could be perfectly integrated with the virtual universe – Metaverse, allowing 3D designs of websites, adding IoT devices in its periphery, and enabling faster validation and delivery of information

Say hello to the internet of the future!

From all this, it may seem like the golden age of innovation on the internet has already passed us by. But it isn’t so. The next version of the internet – Web 3.0, is in the works to take us to the next level. The arrival of Bitcoin set the stage for web 3.0, with blockchain placing the foundation for it, especially in how it transforms data structures in the backend of the web. From a technical perspective, Web 3.0 is a collection of blockchain-based protocols focused on changing the backend wiring of the internet.

If you have a web 3.0, blockchain-powered internet, that enables people to share copies of the code and the data across multiple computers where it can’t be manipulated. This brings the element of decentralization, which experts call trust minimization – where you trust the decentralization protocol, not the owners of the websites like we do today.

Of course, web 3.0 is more than the initial use case of cryptocurrencies. With efficient machine learning algorithms, it will cryptographically connect data from individuals, corporations, and machines, ushering the rise of new markets and associated human-centric business models with highly personalized interaction.

Web 3.0 could be perfectly integrated with the virtual universe – Metaverse, allowing 3D designs of websites, adding IoT devices in its periphery, and enabling faster validation and delivery of information. And with the infusion of Artificial Intelligence, the internet will evolve more intelligently to satisfy the needs of users. The web will know each user and will adapt to every person by analyzing the data and personalizing the results, so instead of getting thousands of suggestions when you start to type in a search query, you will get personalized suggestions tailored to you and your online life.

The semantic web will aid in the online data network by linking additional data and allowing users to keep their data and share as little as possible. Most importantly, blockchain supported the development of a governance layer running over the existing internet layer that can now allow two unknown people to reach agreements and settle transactions over the internet.

Web 3.0’s development aims to create a system closer to people with semantics, intelligent programs, and AI assistance. Though it is rapidly advancing, its sustainability is still under progress. According to Tracxn, there are 7472 Web 3.0 companies globally.

Companies have not begun to move towards web 3.0 in large numbers, but the shift has begun. DECENTERNET is a Hong Kong-based company that offers a Web 3.0 browser. Osiris, the company’s net-neutral browser, makes use of blockchain technology to provide a seamless and efficient Web 3.0 infrastructure. It improves browsing speed, removes intrusive ads, includes an in-built VPN, and does not track user activity across the web.

Through a decentralized video calling framework, the organization Huddle01’s offerings focus on reducing the latency of connectivity in video conferences. The company aspires to be a forerunner in bringing Web 3.0 into real-time communications. It believes that everyone should have their own digital space where they can express themselves freely. 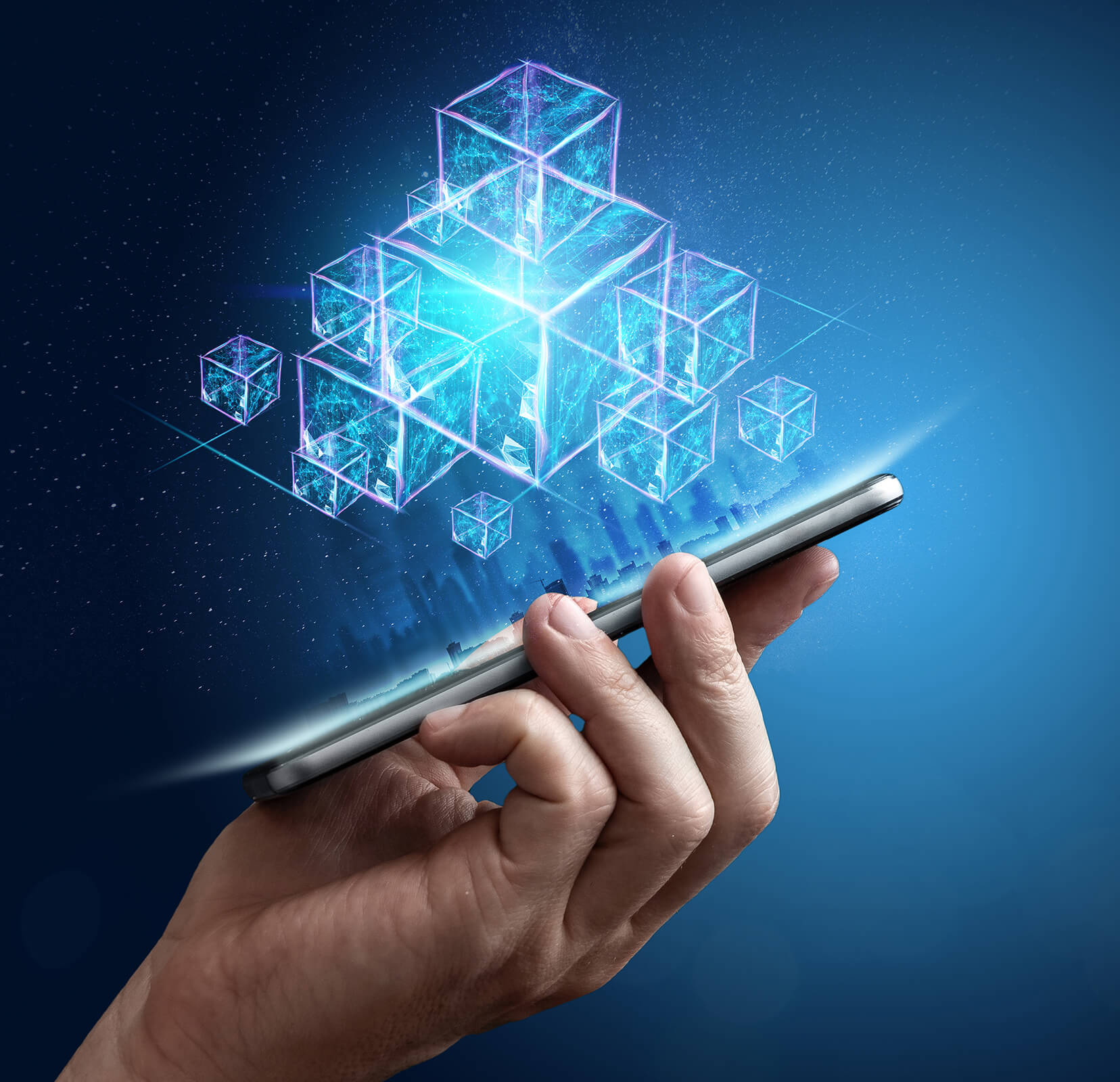 The most impressive evolution enabled by Web 3.0 is the minimization of the trust required for coordination on a global scale, allowing people, machines, and businesses to trade value, information and work with global counterparties without an intermediary and returning the value directly to the users and suppliers in a network. Furthermore, users can own data & digital footprints by using tokenized digital assets and provable digital scarcity of data. This shift will enable a whole new wave of previously unimaginable businesses and business models – from global co-operatives to self-sovereign data marketplaces and decentralized autonomous organizations. Additionally, web 3.0 will avoid the risk of internet hacking while ensuring data security and privacy.

It is no surprise that web 2.0 did not foster confidence in creating cryptocurrencies. With that portion of the internet still heavily reliant on collecting your information in exchange for free service, would you really trust such a system with your money? Of course not!

Blockchain not only created the universe for cryptocurrency, it also ushered in the complete era of decentralization that web 3.0 hinges itself on. Thus, you don’t need permission to get on a decentralized exchange or a deck to trade. Neither do you have to provide your identity information, which essentially retains more of your privacy, something we had unthinkingly given up in web 2.0. 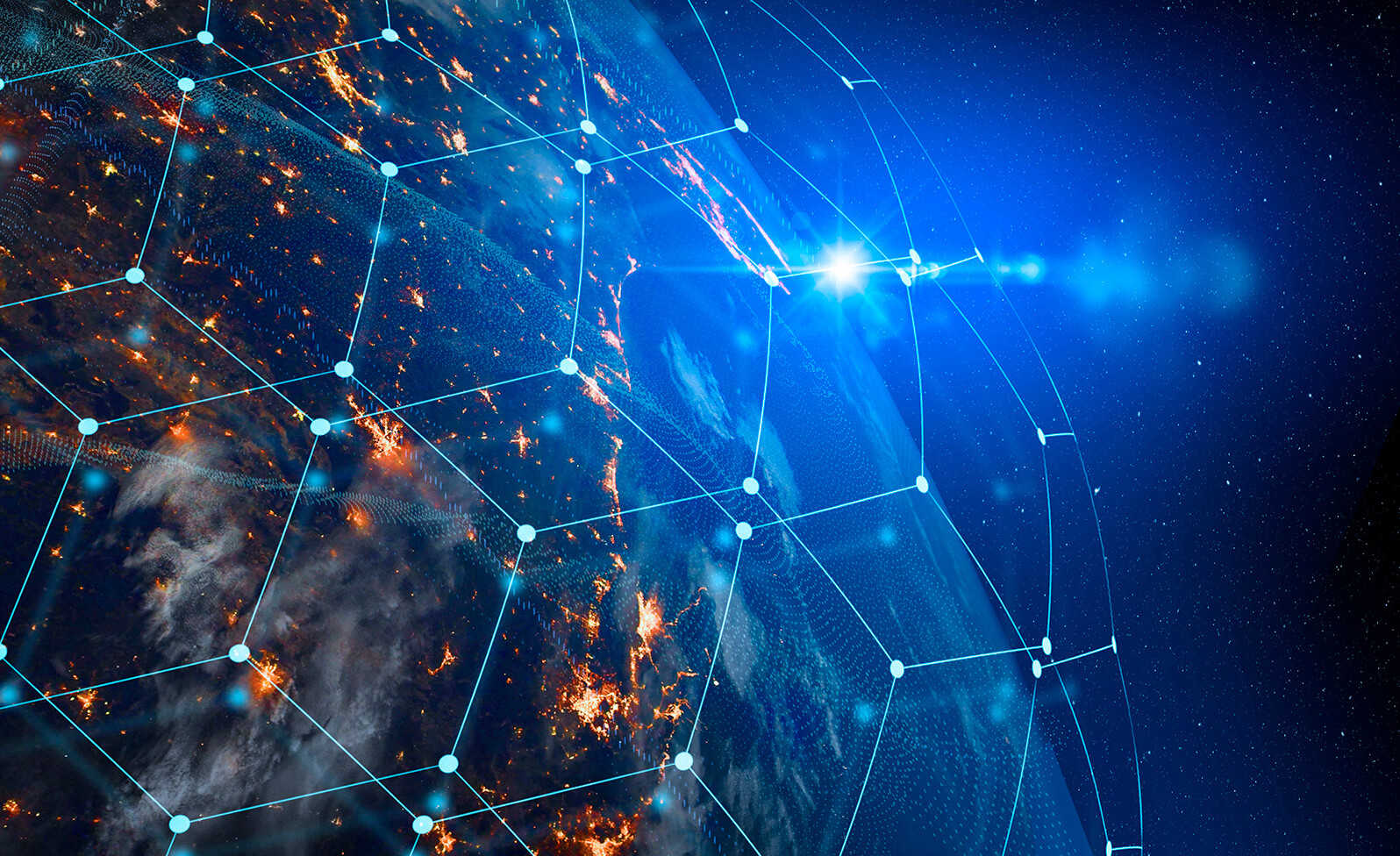 Web 3.0 is a collection of blockchain-based protocols focused on changing the backend wiring of the internet

It is proposed that the decentralized version of the internet has no restrictions whatsoever when it comes to publishing content. This, however, comes with its drawbacks. It is a double-edged sword, which has the sinister possibility of snowballing already distressing issues of fake news or hate speech in a way that we haven’t even begun to comprehend.

Web 3.0 is a massive linked network. Though this is one of its advantages, it could hamper privacy differently than is threatened in the existing system, as access to one’s personal and political data is made easier. According to some experts, decentralization may make it more difficult to oversee and regulate Web 3.0 and might lead to an increase in cybercrime and online abuse.

Infrastructurally, web 3.0 will necessitate faster CPUs and will be incompatible with older devices. As a result, one will need an above-average gadget to utilize the future version of the internet as it will be inaccessible to less advanced gadgets and the ones that own existing websites will have to modernize.

One of Web 3.0’s key aims is to create more intelligent, linked, and open websites. It is expected to completely change the way people interact with websites and how they are created. It is clear that we are moving in a still unknown system, and there is no clear definition of Web 3.0 as it has still not been implemented. But if we analyze the transition and development of the first two versions, it will take at least as long as ten years, if not more, to thoroughly execute and transform the web using Web 3.0. Nonetheless, it could take a shorter period to gain a foothold given the rapid development of the technologies on which web 3.0 will be based.