Can emerging innovative energy options, the new avatar of power production, level the playing field and make this planet of ours a greener, lesser polluted one? Sreeram Viswanath investigates 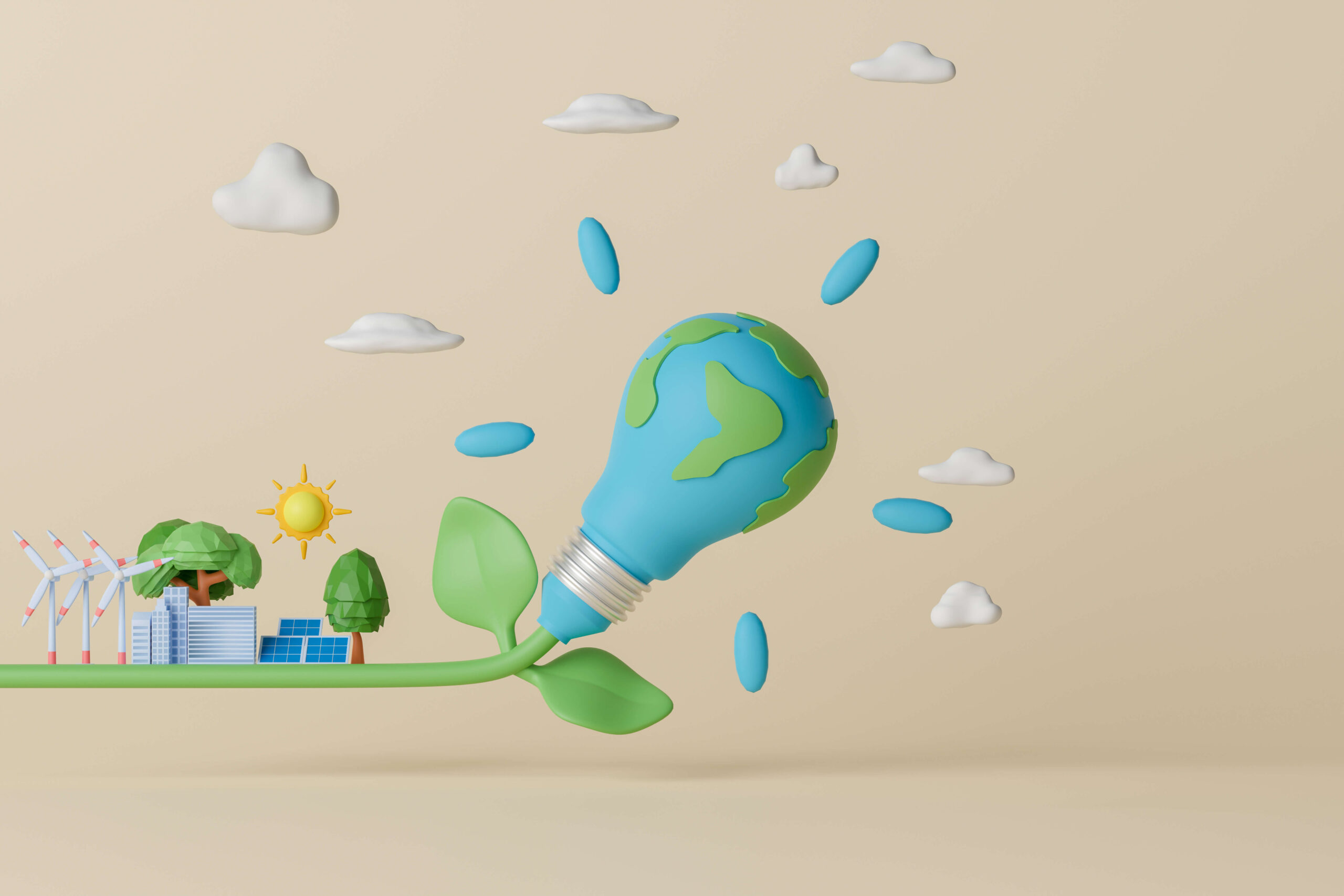 The world today almost entirely relies on fossil fuels as primary sources of energy, thanks to their easier availability and relatively lower price of production. But given the increasing energy demands and geo-political events, should we continue depending on these traditional, finite sources of power that contribute to the subtle, gradual destruction of the very ecosystem we inhabit?

The scenario has managed to point the global lens towards alternative, more sustainable forms of energy. This article uncovers how this transition can unfold and the resulting impact it can have on the planet.

The need for alternatives to fossil fuels has long been recognized. It is well known that oil, natural gas, and coal are finite, non-renewable resources. We can’t create them out of thin air. They have to be dug up from the ground, which results in a lot of CO2 (carbon dioxide) emissions in the process. We’re currently at the tail end of a fossil fuel super cycle, and many believe we’ve already hit the peak. Research points out the fact that we’ll only have natural gas for 52 years or less. There are others who state that the world has plenty of oil left and that we can stop looking for alternatives.

True, it is technically possible to make more fossil fuels, But the process is extremely expensive, environmentally harmful and uses a lot of energy. The extraction process for fossil fuels is inherently toxic and leads to the emission of CO2. The Statistics suggest that methane, a vital component of natural gas, can accelerate global warming 21 times more than carbon dioxide. And consider this, Methane and Carbon dioxide are not temporary air-borne elements; the former persists in the atmosphere for 12 years, and the latter for many decades. Carbon dioxide and greenhouse gas emissions are major contributors to climate change and global warming. The extreme weather conditions of the recent past, earthquakes and famines and drought, testify to this all too well.

As we saw, many alternative energy sources have a much lower carbon footprint and are safer for the environment.  Reducing air pollutants has a significant effect, as it can save it up to 7 lakh lives per year. The production of more utility-scale energy systems can also lead to economic growth and job creation in the installation, manufacturing, and sustainable energy industries.

Alternative energy is the need of the hour, as carbon emissions due to the usage of fossil fuels are increasing by 5.5%-8% every year, bringing the planet’s ecology and the health of its population down.

What is Alternative Energy?

Alternative energy is a broad term that refers to any source of power other than fossil fuels such as oil, natural gas, and coal. It is not produced from fossil fuels and therefore emits little or no greenhouse gases like CO2. Hence, the energy produced from such gases does not contribute to regressive climate change.

The most common examples of alternative energy include solar, wind, and hydro energy. Though these are the most common options, other less common options include geothermal, tidal, and nuclear energy. Many other energy types could also fall under the broad term of alternative energy, although some are less feasible than others. For example, many people think we could derive energy from burning methane found in garbage dumps. While this is technically possible, it’s not a real source of energy because the availability of methane wouldn’t be enough to meet our need for power.

Is it the same as renewable energy?

Here’s an overview of the various alternative energies that could be our future sources of power: 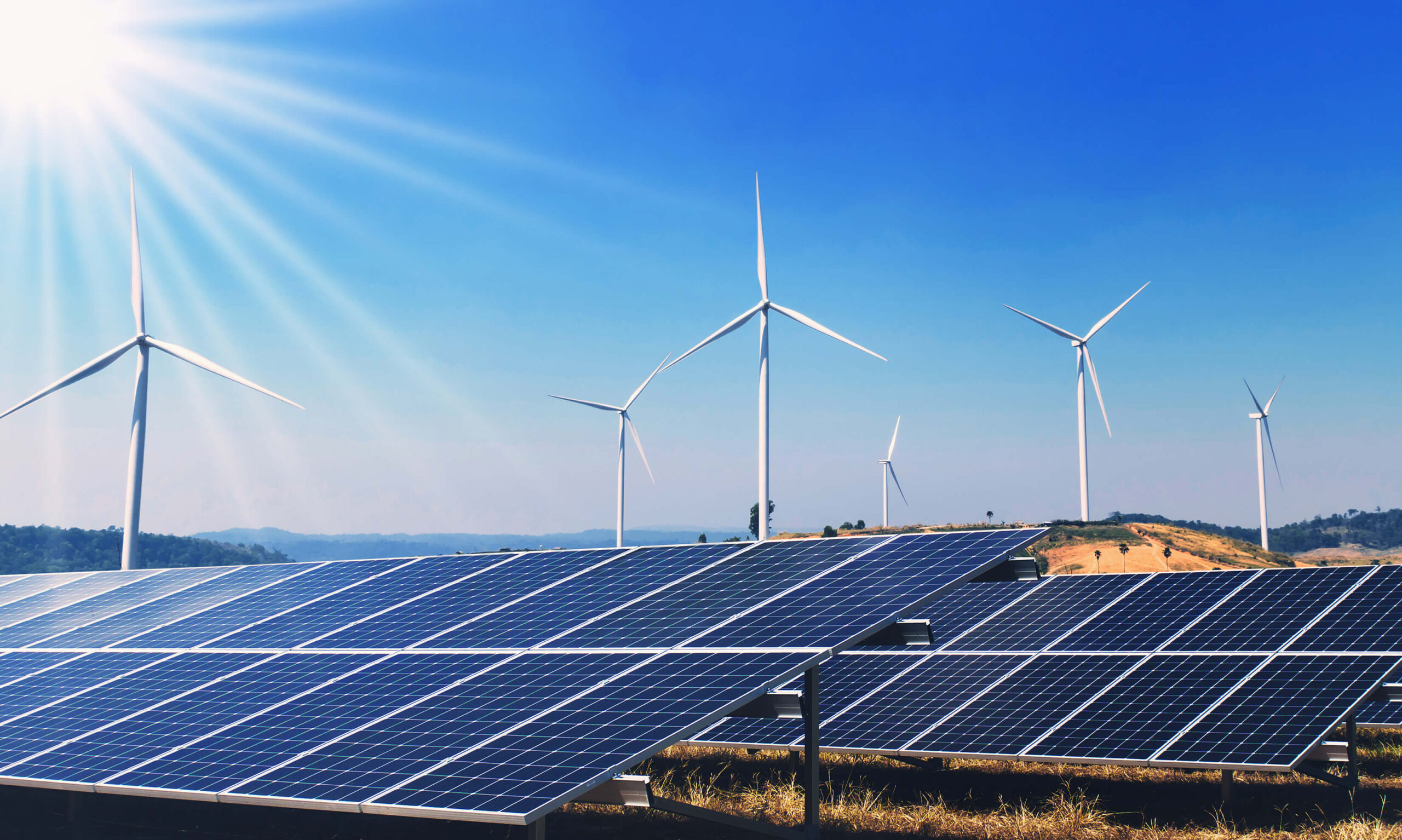 Solar: Solar energy, which comes from the sun, is among the most common sources of alternative energy. The sun is a giant nuclear reactor that emits massive amounts of energy and light. Solar energy is derived by collecting that energy and turning it into electricity. This form of energy is completely renewable. 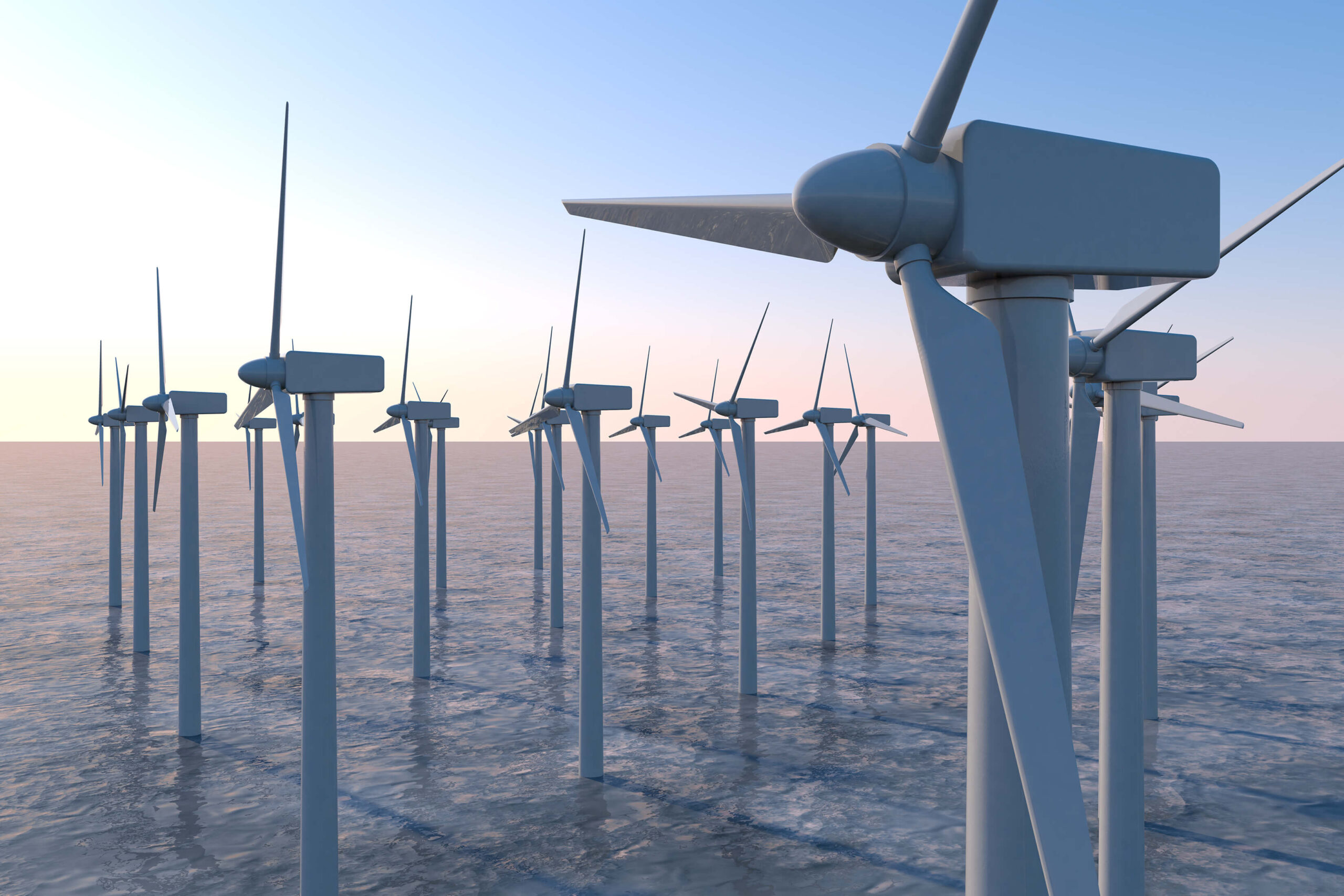 Wind: Considered one of the cleanest and most accessible, wind energy can be produced from small-scale windmills or wind turbines on residential properties to large-scale offshore oceanic wind farms. It’s constantly renewable due to the continuous nature of winds. 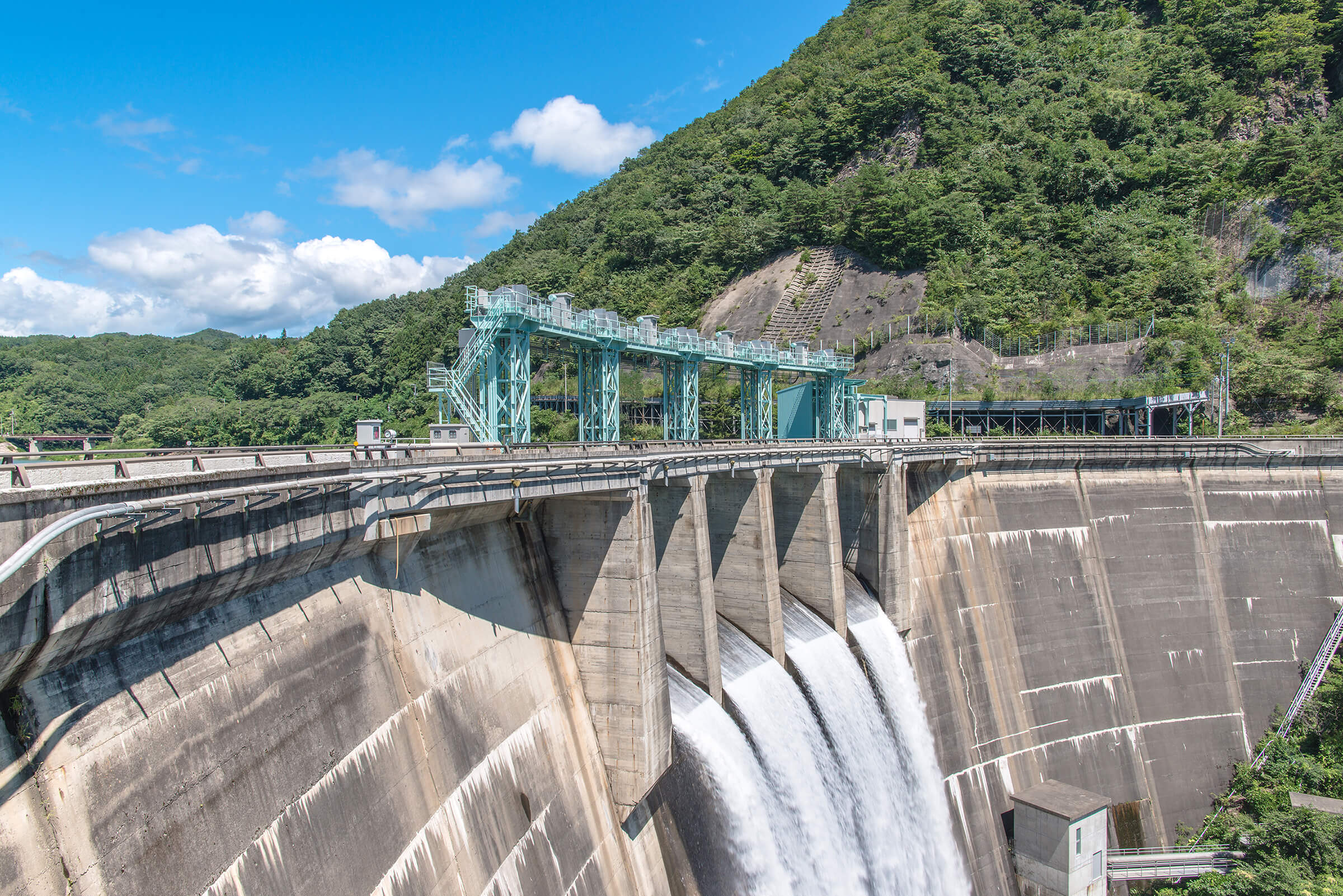 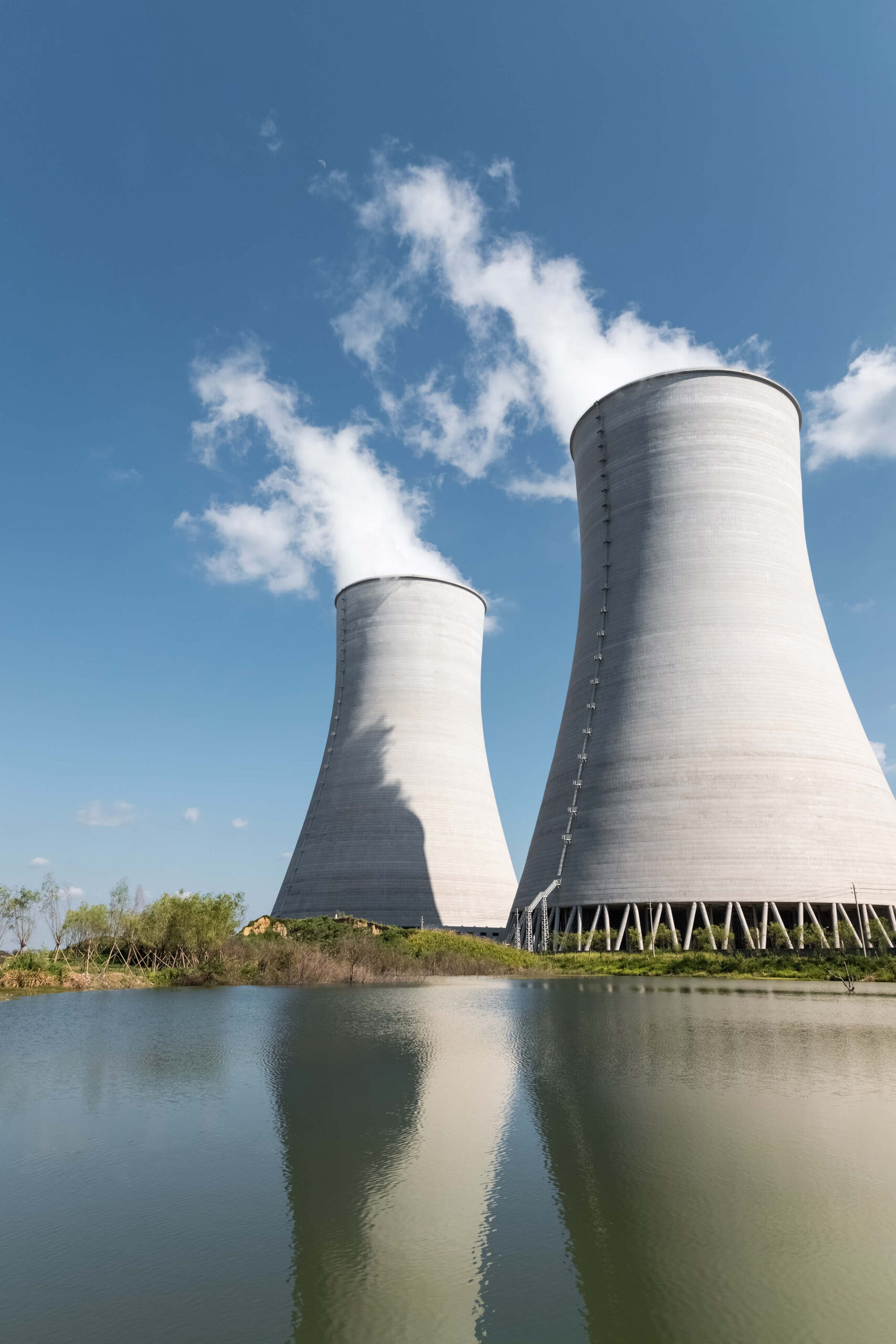 Nuclear Energy: Nuclear energy is derived by splitting the core of an atom, a process better known as fission. It is known for its highest capacity levels, as it can produce a maximum power of over 93% of the time on an annual basis. Whether nuclear energy is renewable or not is a debate still on the rounds. 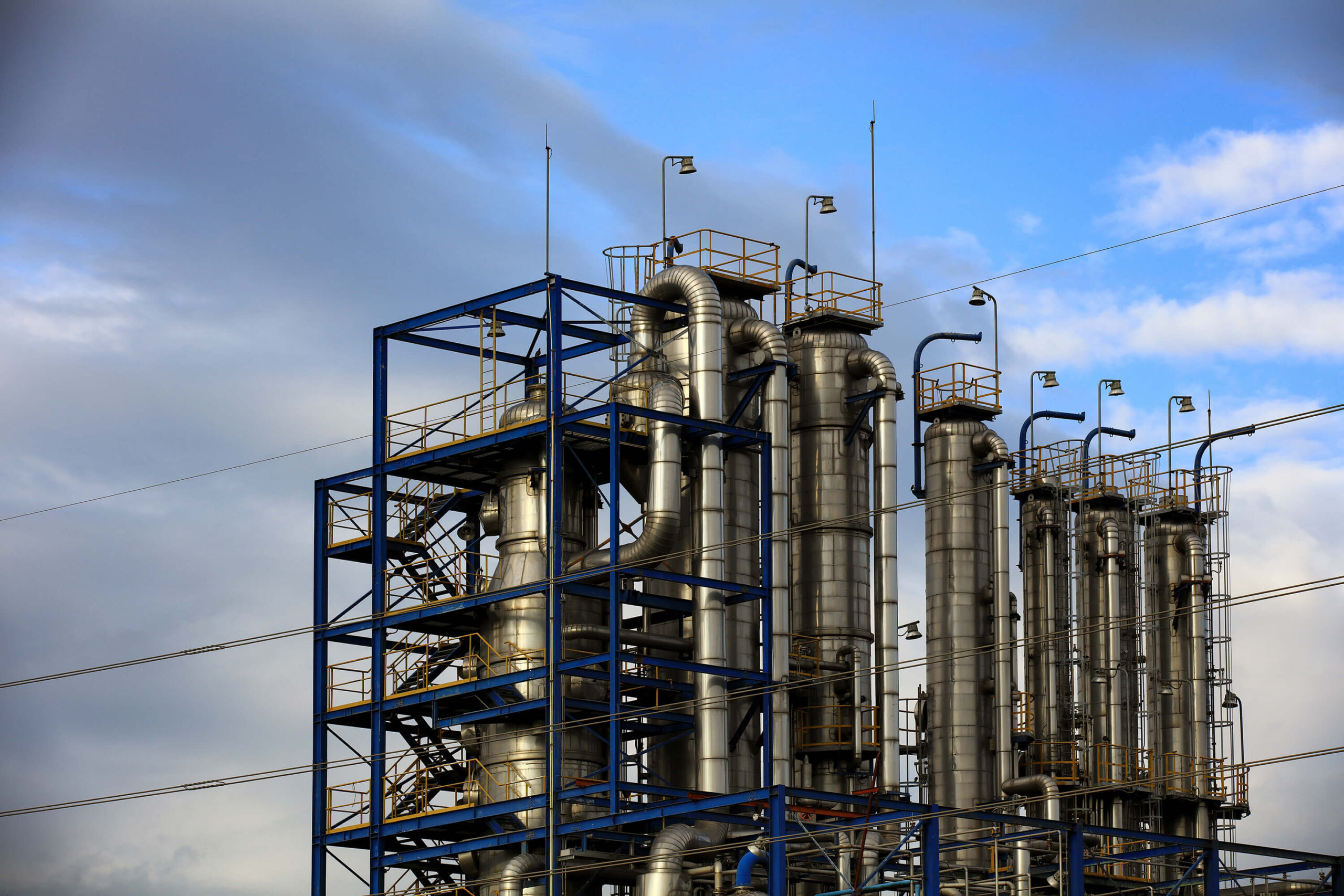 Hydrogen Gas: This important energy carrier is a potential candidate for clean energy. Though hydrogen gas is produced from fossil fuels, bio-hydrogen provides a more sustainable version as it can be derived from organic, biodegradable waste. Hydrogen can be used efficiently with a systematic storage system. For example, an underground storage system can help transform surplus wind energy into hydrogen through electrolysis. 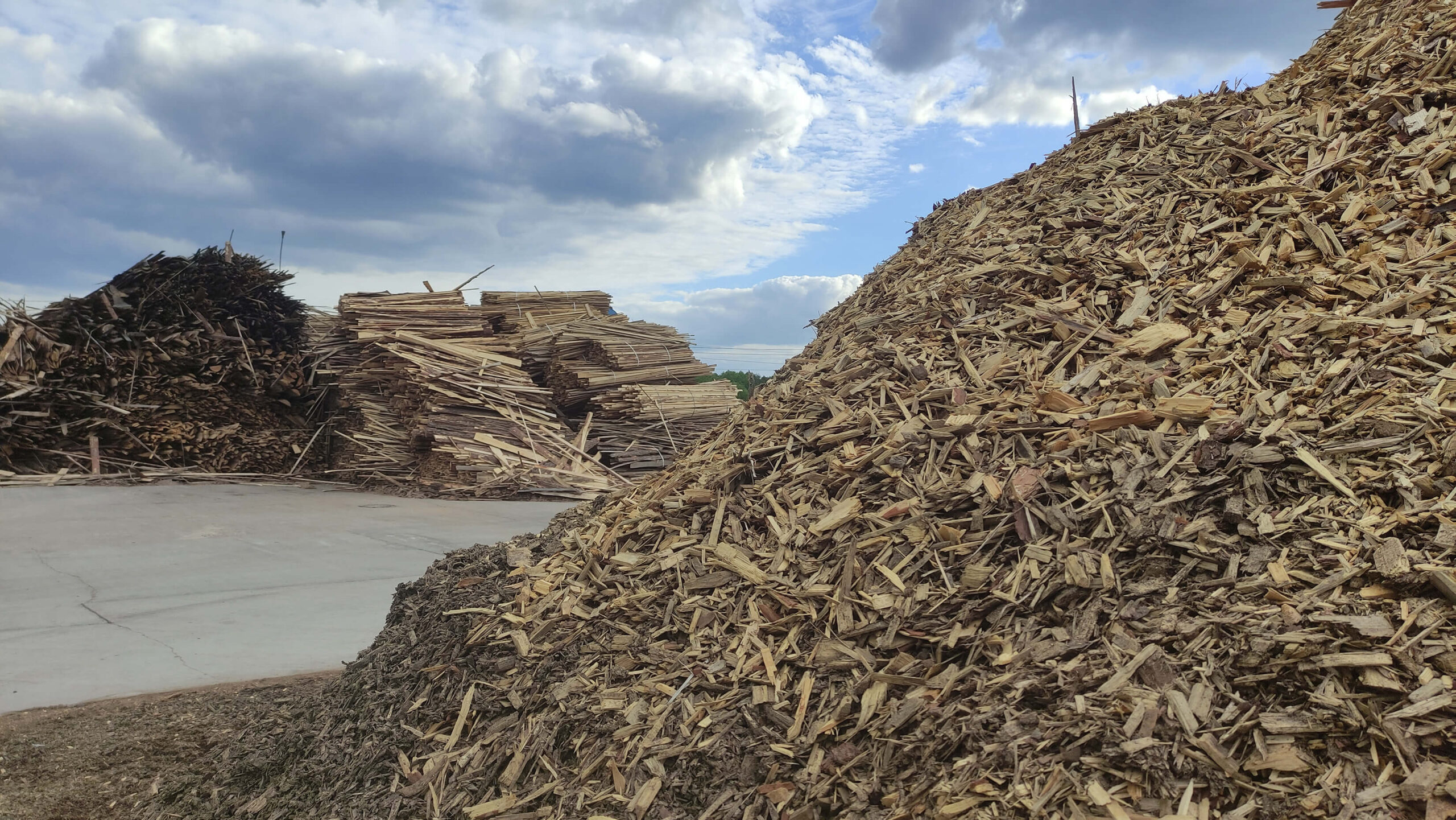 Biomass Energy: Consists of several forms, which include burnt wood and burnt waste. Biomass in the form of burnt wood is similar to a central heating system. Though renewable, biomass cannot be considered a source of green energy.

Biofuels: Biofuels take a similar nature to biomass, except that they are produced through biological matter. Biofuels derived from plants are renewable, but the dedicated machinery used for their extraction may indirectly contribute to carbon emissions. 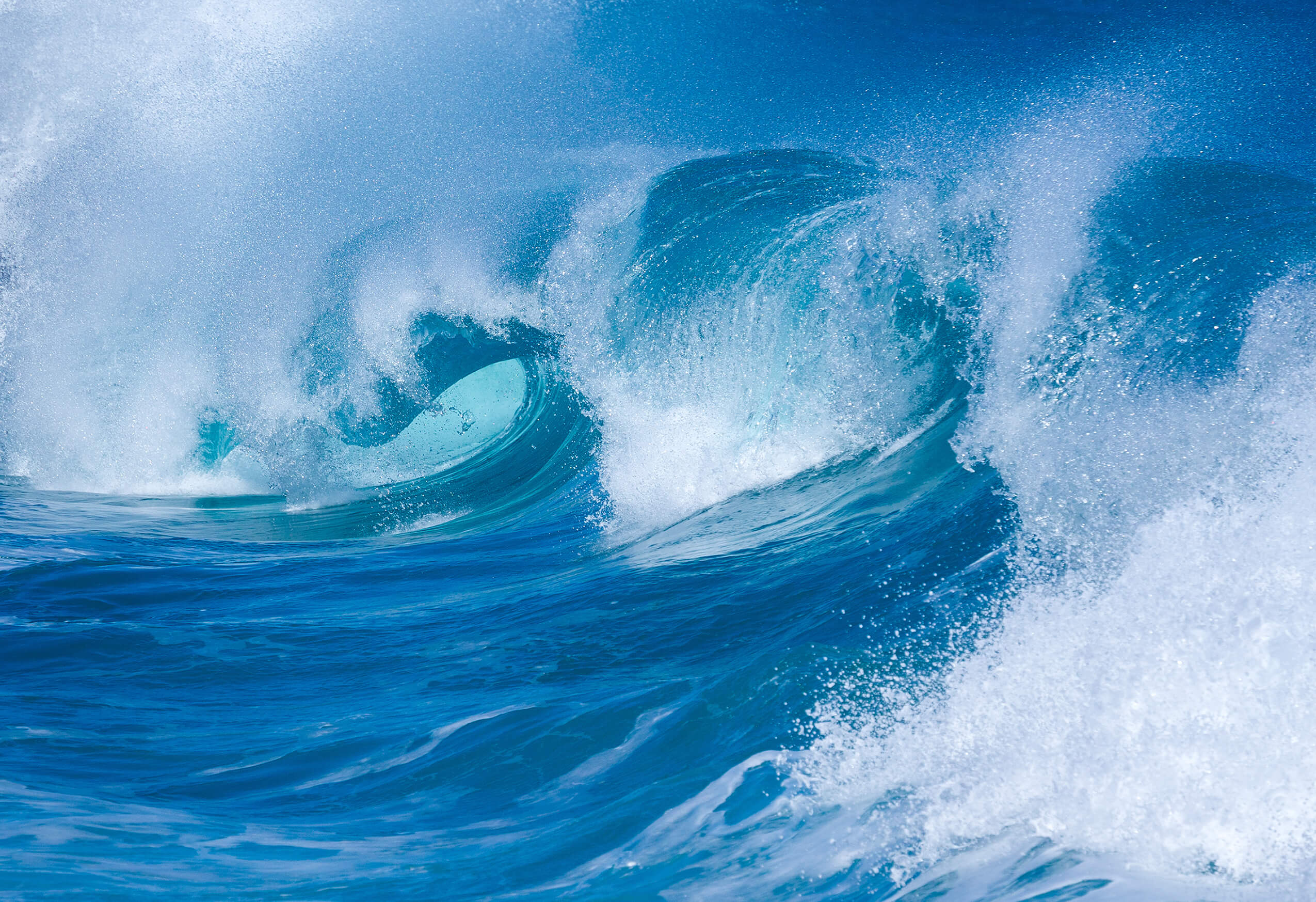 Tidal Energy: Tidal energy is produced when the kinetic energy of the water movement is converted into electrical energy. This energy form can produce large amounts of energy, irrespective of the speed of the tide.

Chew on these facts

Alternative energy is the need of the hour, as carbon emissions due to the usage of fossil fuels are increasing by 5.5%-8% every year, bringing the planet’s ecology and the health of its population down. Its impact is all-too-evident, as nine out of ten hottest summers have occurred since 2005.

This disturbing trend is gradually being noticed by countries, as shown in the encouraging ways that alternative fuels are already being used. The UAE is a prime example here, as it houses three of the largest solar plants in the world. The country uses renewable energy more than any other source, with a share of 44% (as recorded in 2019). Iceland leads the world in terms of energy consumption, but 85% of it is derived from alternative sources (despite its mega oil consumption). Paraguay receives 99.45% of its energy from hydroelectricity; no wonder why the country is home to the largest hydroelectric facility in the world – the Itaipu Dam.

These are just a few of the many examples of alternative energy use across the world. Statistics from 2018 suggest that the world has invested $288.9 billion in this game-changing, life-saving utility. These investments are projected to extend by $110 trillion by 2050. 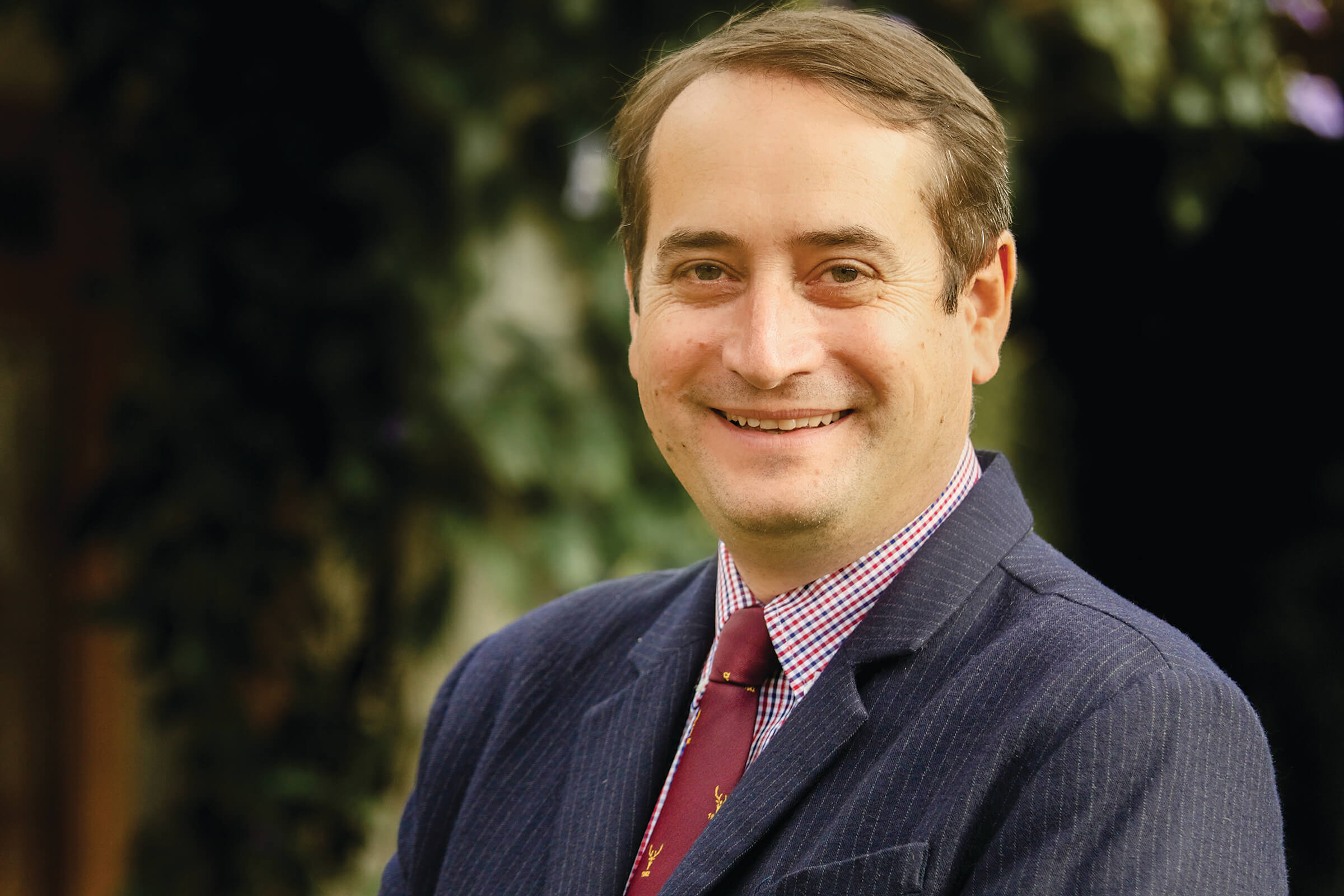 Helping clean technologies travel across borders is one of the missions of the EU and what we are doing at Izmir NIC. Given the global crisis that is looming, it is vital that SMEs in this space are pushed to create and disseminate offerings that work towards a greener world for all.” —David Tee, Team Leader of The Izmir NIC project

The onus is upon us

Alternative energies hold promise in all respects. The technologies continue to improve, the costs are decreasing, and countries are willing to take the technology beyond the pilot stage. But as with any great developmental project, alternative energy must be supplemented with comprehensive developments and changes. This includes restructuring of the electrical utility industry, better energy storage solutions, changes in global infrastructure that can support alternative technologies, and substantial investments towards the initiative. The EU, for example, has invested in projects globally to assist innovators working in the arena of clean and renewable energy systems. David Tee, Team Leader of The Izmir NIC project, funded by the EU and Turkish Government, and hosted by the Technopark Izmir, states, “Helping clean technologies travel across borders is one of the missions of the EU and what we are doing at Izmir NIC. Given the global crisis that is looming, it is vital that SMEs in this space are pushed to create and disseminate offerings that work towards a greener world for all.”

Let’s hope that the governments and the people they represent, across the world, continue to recognize the need for these technologies and their potential, for the world needs it more than ever right now. It is vital we gear up the definitive march toward sustainability before the doors close on us forever?