Are there magical healing herbs that could heal everything, from reducing stress to boosting your immunity? Pallavi Biju researches these notable herbs and the claims surrounding them 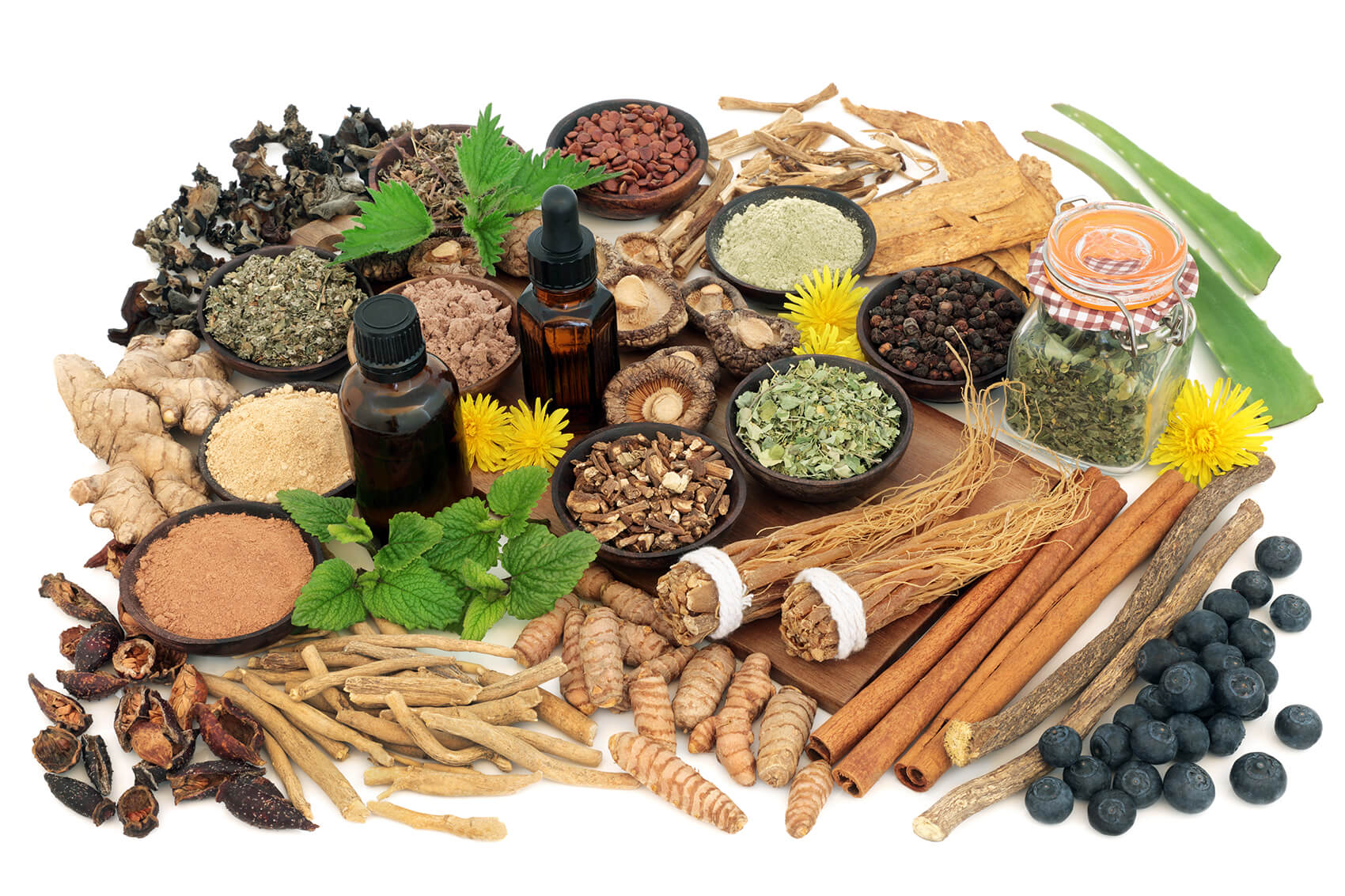 When on the course of wellness, there is far more value to be unearthed in the lanes of Ayurveda and homeopathy, even if they seem to need a leap of faith in the beginning, opting over allopathic treatments. Adaptogens are one such gentle remedy that looks to help without hurting or jolting your body with side effects.

While the term may seem unfamiliar, you’ve probably encountered adaptogens in the grocery store, around your house, or somewhere in the ingredient list of your health supplements. Regardless of where you find them, please take a closer look, for their supposed benefits range from curing migraine to fighting cancer.

‘ADAPT’ TO A NEW NORMAL

Adaptogens are a very small category of herbs that boost one’s resistance and tolerance to emotional and physical stress, thus maintaining homeostasis. Simply put, they help the body “adapt” to external stressors. Picture them as a thermostat for your body, turning up the energy when you’re feeling depleted and helping you relax when you’re restless. Usually consumed as supplements or teas, adaptogens can help stabilize mood, improve performance, focus and vitality.

These magical herbs are far from a modern health fad, for they have been a fixture of Ayurvedic and Chinese medicine for ages and have found utility in Europe as early as World War II. However, their resurgence can be attributed to a clamoring need for immunity-boosting substances. With increased research going into the validity of adaptogens’ miraculous effects, it has been found that several preparations that use adaptogens as key ingredients do offer tangible benefits.

Although most adaptogens command great clout as potent healers, only about 15 of them have revealed benefits under exploratory research. Out of these 15, here are 9 that could be instrumental in turning your health profile around.

Panax Ginseng, also known as Asian Ginseng, is a well-known adaptogen touted by many to be the most potent. In addition, scientists have concluded that it “possesses significant anti-stress properties and can be used to treat stress-induced disorders.”

Holy Basil, or Tulsi in common parlance, found rampant in Indian kitchens, has been used for years in Ayurvedic and at-home treatments and is known for its anti-aging properties.

Ashwagandha’s effects on stress tolerance, internal stress responses, and cortisol are well-documented. Known as Indian ginseng in common parlance, it was found that Ashwagandha “safely and effectively improves an individual’s resistance towards stress and thereby improves self-assessed quality of life.”

Commonly used in Chinese medicine, Astragalus Root is another attacker on stress in the body, as well as improves immunity. In addition, it lowers blood glucose levels and reduces lipids, inhibits fibrosis, and kills microbes.

Known as Golden Root, Rhodiola has been found to act as a mild stressor, increasing the organism’s stress defenses. Additionally, it functions as an antioxidant.

A fungus with antioxidant properties, Cordyceps Mushrooms are adaptogens in the classic sense, along with the added benefits of anti-tumor and immunity-boosting properties.

The Magnolia Berry has been utilized in traditional Chinese medicine for years and is known for its healing properties, not limited to increasing endurance and mental performance.

One of the most common culinary spices, Turmeric’s benefits cannot be captured under the specific scope of adaptogens alone. It is a natural remedy for reducing inflammation and increasing brain function.

How do adaptogens cause their miracle healing? These herbs are said to link with the hypothalamic-pituitary-adrenal, or the HPA axis, crucial to several of our body’s core functions, such as homeostasis, energy metabolism, and stress responses. When adaptogens are consumed, their organic properties and compounds interact with this complicated highway to achieve balance in our system. They can help adjust hormone production and physiological responses to ensure the optimal function of one’s body.

Research also suggests that adaptogens could positively influence the immune-neuro-endocrine system, responsible for the body’s energy regulation and immunity. Although research is still ongoing about adaptogens, it is safe to say that adaptogens are to your adrenal glands as exercise is to your muscles. 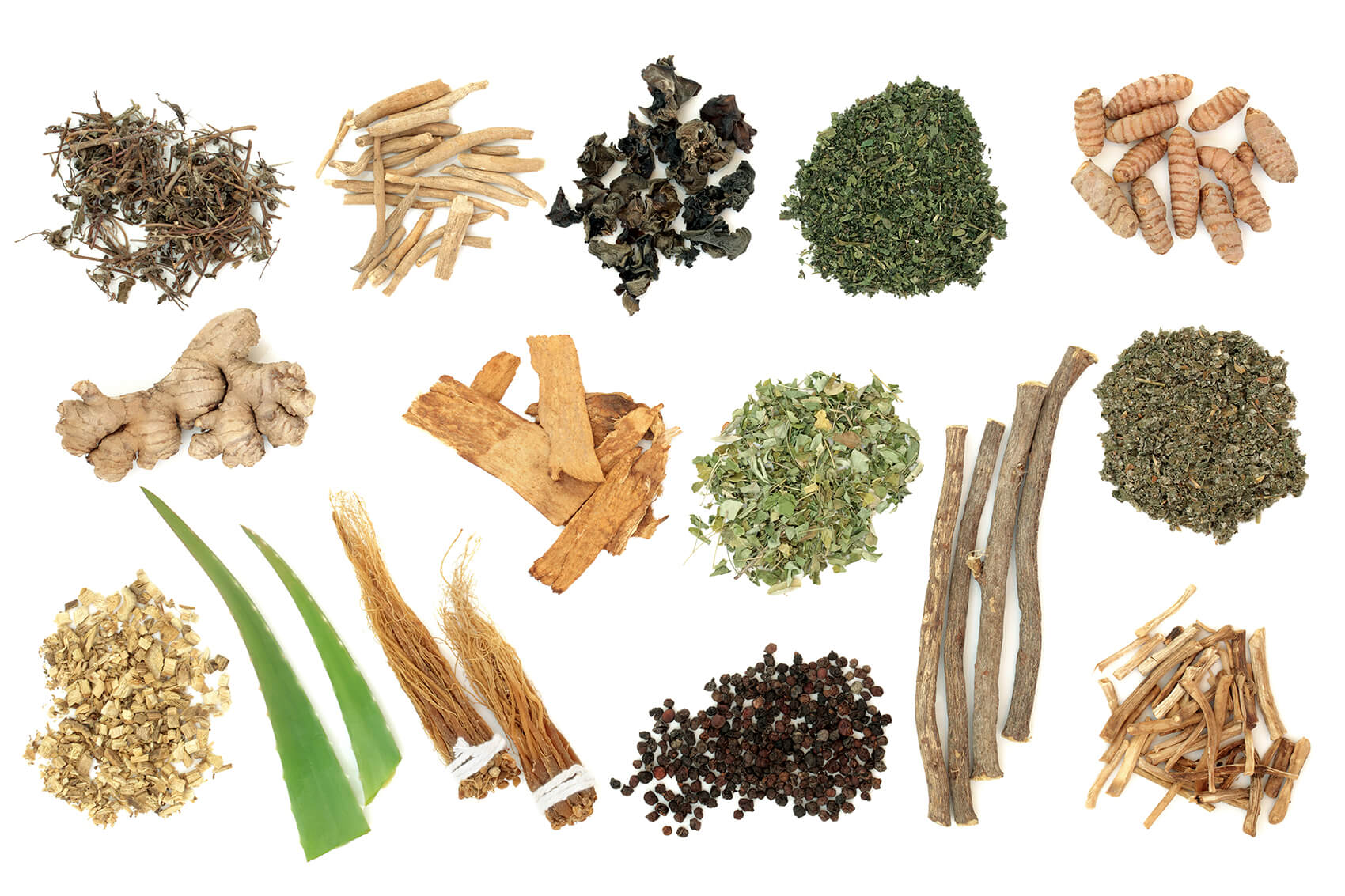 More than a quick fix, adaptogens help our body’s internal systems build long-term resilience and immunity against a plethora of illnesses

THE POWER OF GOOD

Often referred to as “super herbs”, adaptogens are said to help fill the gaps left by Western medical practices. These plant substances are backed by thousands of years of historical uses and increasingly edifying scientifical studies. More than a quick fix, adaptogens help our body’s internal systems build long-term resilience and immunity against a plethora of illnesses.

When stress is profuse or prolonged, it causes a domino effect of other disorders, to the point of drastically reducing life expectancy. By helping the body deal with external physical, chemical or biological stressors, alternative practitioners have recommended adaptogens to improve attention, lower stress-induced disorders and impairments, and keep cortisol (stress hormone) levels in check.

When used with other treatments and medications, adaptogens are highly beneficial to promote general well-being, cardiovascular health, and specific neurological disorders that appear as we age. These herbs are also helpful in increasing endurance in stressful situations, balancing hormone levels, stimulating mental performance as well as increasing physical stamina, improving the functions of certain organs and those of bodily systems.

A PROMISE OF NATURAL GOODNESS

With all these benefits and more, adaptogens are slowly but surely moving from the peripheral goodness section to the snack aisles. In 2020, PepsiCo launched Driftwell, a water beverage that claims to help relax and unwind stress. It boasts the kye ingredient L-theanine, an amino acid known for its relaxing properties. In May 2021, PepsiCo also launched Soulboost, a sparkling-water beverage, in two flavors, ‘ Lift’ and ‘Ease’. While ‘Ease’ contains L-theanine just like Driftwell, ‘Lift’ features 200mg Panax Ginseng which the brand claims help support mental stamina. Apart from PepsiCo, the multinational confectionery brand, Mondelez, introduced Millie Gram, a line of nut butter made out of mushrooms that promotes “well-being and longevity.”

With corporations incorporating adaptogens in their creations, there is no doubt that they are going to feature as the “it thing” in health and lifestyle. It might be just about time for you to bid adieu to stress, all with the offerings of bountiful nature, with the sprinkling of these humble herbs.