As the internet of things comes into its own and companies gain access to spending preferences across markets, Sreeram Viswanath looks at the highs and lows of this new dimension to marketing and niche marketing 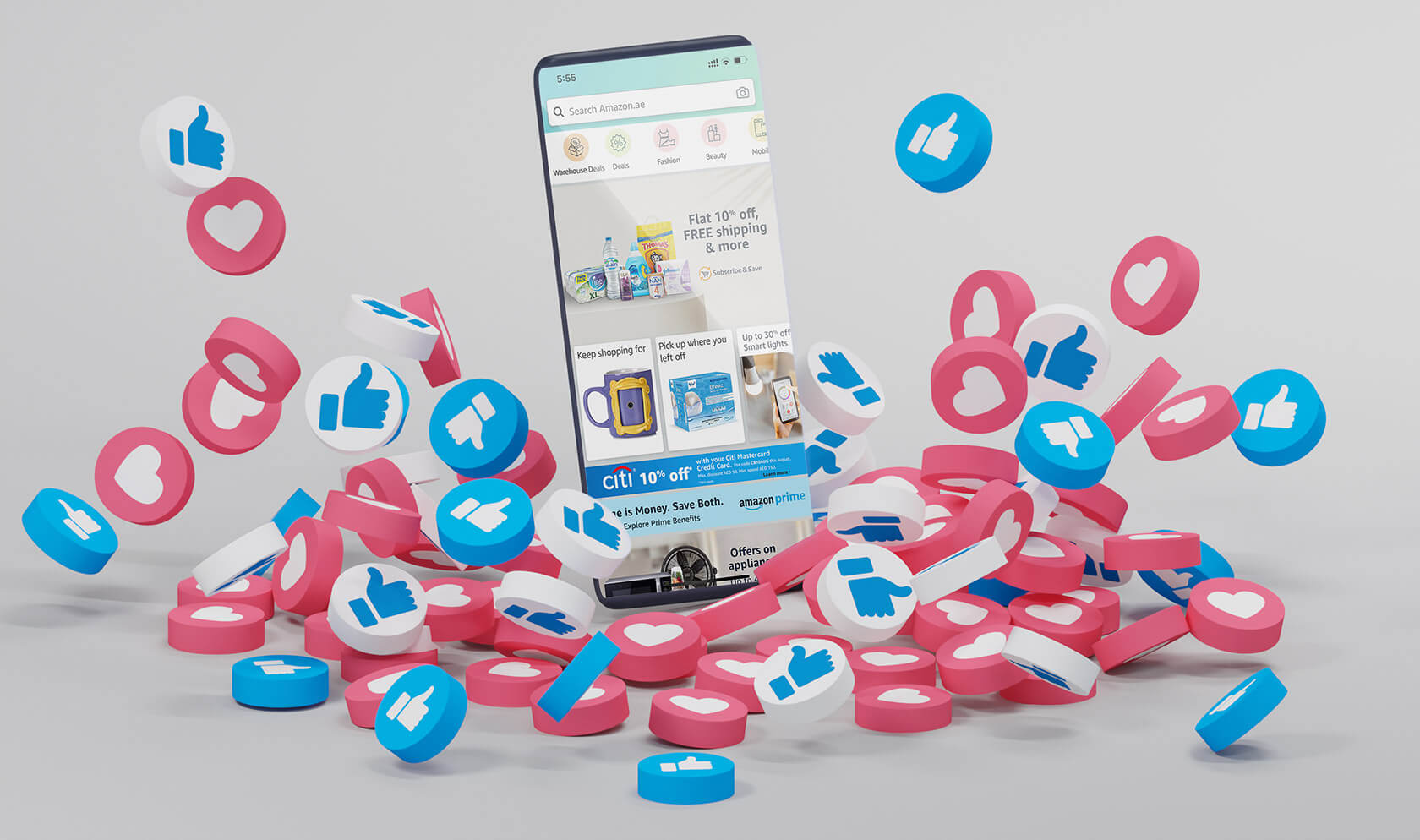 The Internet of Things (IoT) introduced a welcome change, making our lives simpler amidst our already busy schedules, aiding our life with its interconnectedness. IoT devices are now an almost indispensable part of our lives, such as the smart bands that track our fitness 24×7 to the emerging concept of smart cities & connected homes. The data collected by these brilliant technologies provide valuable information about our behaviors, interests, and preferences. This has given rise to a new technology, an extension of IoT, known as the Internet of Behaviour (IoB) which is changing the way businesses understand customers.

With close to 17.5 billion IoT devices being used, the concept of IoB is rapidly gaining attention and is evolving as we speak. Gartner (a global research and advisory firm) announced in their strategic predictions that, by 2023, around 40% of the global population would be tracked digitally in order to influence purchasing behaviors. Let’s look at the various ways this most trending technology could have a progressive impact on the way we work and live if used with diligent care.

Driven For Empathy And Influence

Marketers of any age dwell on psychological persuasion, an art that the writing world refers to as rhetoric. IoB, resulting from a stellar combination of technology, data analytics, and behavioral science, centers on this. The basic objective of the technology is to gather relevant data, draw insights from it, and use the same to position and promote products/services. Such data can be gathered from numerous sources such as websites, social media profiles, telematics, health monitors, facial recognition software, and a range of other devices and spaces.

A slew of unique applications collects different types of data. A health & fitness app could keep tabs on your lifestyle, eating habits, sleeping patterns, heart rate, or blood sugar levels; a website gets to know your likes and preferences based on the pages you visit and the time you spent on each of them; a search you do on a particular e-commerce website could show up on your Facebook newsfeed later that day as a reminder. The purpose of such a comprehensive data collection is primarily to influence purchase by understanding the intrinsic needs of every individual or even change the behaviors of employers or stakeholders to ensure proper compliance with procedures.

The basic objective of the technology is to gather relevant data, draw insights from it, and use the same to position and promote products/services

IoB is not one of a kind; it is the kind. This system evolved in the tech space to help us utilize a repository of customer data. It facilitates analysis of their purchase habits across platforms; provides a thorough understanding of how customers interact with products, services, and devices; replaces time-consuming and inaccurate surveys; throws greater insights into a customer’s buying habits; influences customer choices; and quickly resolves issues that concern the customer.

Some prospective customers are happy to share data as long as privacy is valued and their preferences are accurately mapped. It is a win-win as it helps companies customize how they present themselves and market products/services in a more personalized way, thereby improving customer experiences. As for customers, they have their preferences met without having to explicitly state them every time, with the expected quality, which goes a long way in providing a seamless experience.

However, there is the possibility that customers may feel ‘creeped out’ about the details tracked, causing a psychological tendency popularly known as the ‘breach fear’ – a phenomenon that hinders users from sharing personal information online or even keeps them away from the digital sphere due to fear of data breach. 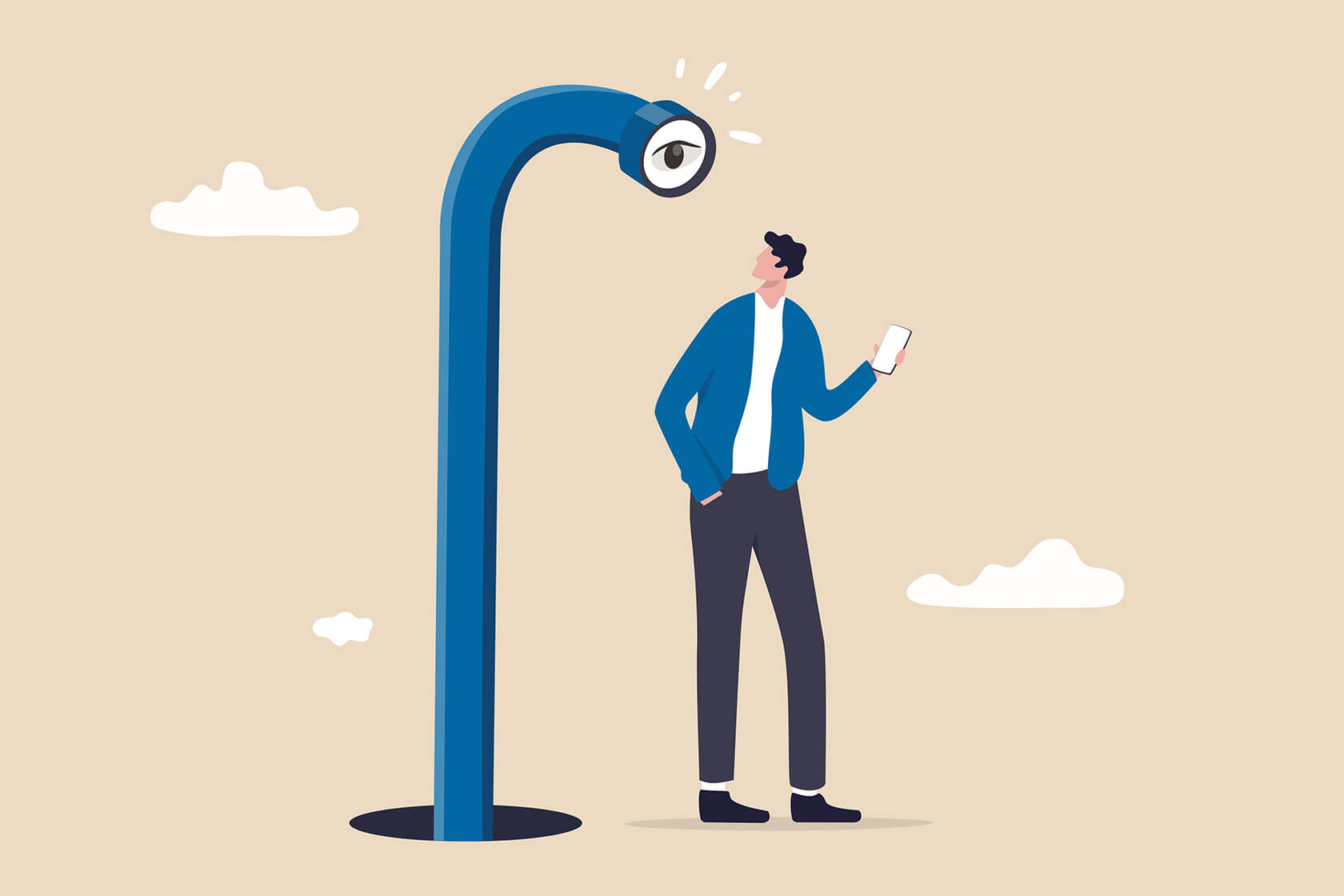 The best evidence of a product’s potential lies in its track record. The use of IoB is already widespread, making one wonder about its burgeoning potential. You don’t need to go look for traces of IoB; the technology is all around you. It is at play when you log in to social media and OTT platforms and get recommended music and streaming content that’s been tailored to your taste; and on e-commerce sites where the type of purchase you made comes in handy for future recommendations (yes, IoB knows that you’ve got quite an admirable taste).

Facebook and Google use the behavioral data of users to display relevant ads on their screens, which helps businesses succeed in connecting with potential audiences and tracking their response to Ads through click-through rates. Unacademy, a popular EdTech Firm, uses IoB to gather essential data about students to deliver content as per their varying educational needs. American Express, a credit card company with a unique portfolio, analyses historical transactions and a host of variables to incorporate sophisticated predictive models, which enables a more accurate forecast of potential churn and customer loyalty.

Prominently, the IoB strategy also served a greater purpose during the hour of crisis, when necessity called for it. Internet of Behaviours helped computer vision organizations track and recognize people walking in the streets without a mask. Thermal images also helped track people with heavy temperatures.

These use cases attest that we now have a platform that can make the world smart, simple, and less complicated.

The Other Side of the Coin

The scope of IoB is vast, and so the pitfalls too are immense. The use of facial recognition software is still under scanner due to reports that the police used the technology in the U.S. to track and identify anti-racism protestors after the infamous death of George Floyd. The aftermath resulted in IBM relinquishing its facial recognition business and Microsoft halting the sale of these technologies to the police. Social Media giant Facebook faced public wrath when it partnered with a political data-analyst firm Cambridge Analytica (CA) to gather data of 50 million Facebook users to be used for political campaigns. The true scale of this scandal, and its dangers, is reflected in the words of a former employee of the research institute, Christopher Wylie who has quoted, “We exploited Facebook to harvest millions of people’s profiles. And built models to exploit what we knew about them and target their inner demons.”

Insurers and loan providers can also scan your social media profiles to decide for or against an application, which can be termed extra-legal and debatable. And then there is the threat of governments forcing private companies to share data or private companies selling data to government or 3rd party agencies. There is an urgent need for private and government bodies to chime in and make concerted efforts to strike a balance between personalized marketing and intrusion over individual/group privacy. There is the threat of this technology snowballing out of control.

IoB may also afford cybercriminals a chink in our armor to gain access to sensitive data related to customer patterns, banking codes, OTPs, and other confidential data. The same technology that influences a customer’s purchase could help scammers in their quest to trick even the wariest citizens into giving away critical information. Companies that choose to take the IoB route must have strong domain expertise and a robust cybersecurity system in place. Organizations with a smart and proactive approach have always found ways to integrate security into each step of the agile process. On the flip side, the companies that fail to do so may end up leaking crucial customer data, like fitness app Polar, whose weaker data security features allowed researchers to collect sensitive details of more than 6,460 U.S. military and security personnel.

These grim accounts and possibilities, however scarier, pales in comparison to the many benefits that IoB offers to the society-at-large. No tool is problematic in itself. And as the old saying goes, every coin has two sides. The information revolution holds the key to transforming our lives, and its advantages have led to an increased demand for its implementation from the consumers of today. What matters is navigating the treacherous path of technological growth while not losing sight of the ethics of business.

Technological interventions of the past have always helped companies make the best use of their marketing efforts, create products/services, and promote what people want to buy. IoB can take this development to a wholly different level. Gartner’s predictions suggest that by the end of 2025, more than 50% of the world’s population will be exposed to at least one IoB program, either from the government or a private company. With responsible use, we will have an ecosystem that values empathy in a world that is getting more and more digital. As the efficacy of the tool is now proven, it’s time that we regulate it and make it more secure, reliable, with the value quotient intact.